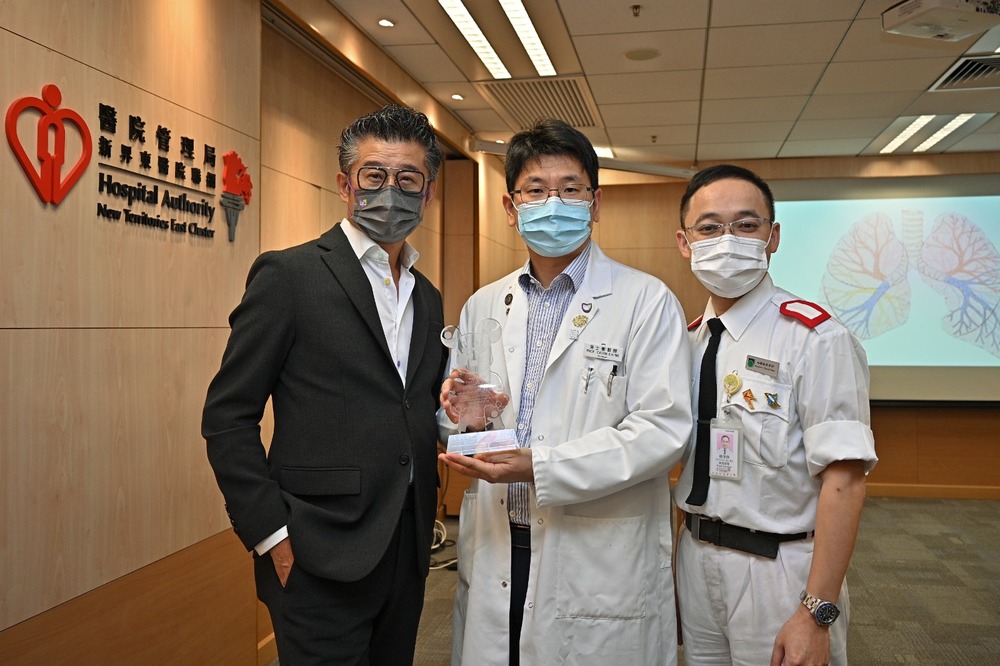 A mother of two who suffered from terminal lung cancer in 2017 has seen her health restored after she went through a targeted therapy.
The woman in her 30s was diagnosed of terminal ALK lung cancer -- a type of lung cancer that sees mutation in lung cells’ DNA -- after suffering frequent back pain, dizziness and headaches.

Her CT and MRI scans, as well as a biopsy check, showed that the cancer cells in her lungs had spread to her spine and brain.

But her condition has been reversed after she received targeted therapy -- a treatment that uses specific drugs to accurately attack cancer cells.

The woman is now recovering, and is even able to take part in activities requiring high stamina, including hiking.

Behind her treatment was the Lung Cancer Multidisciplinary Team at Prince of Wales Hospital, which has adopted a multi-pronged approach in treating lung cancer, ramping up the survival rate of patients, even those with terminal lung cancer.

The team has also successfully detected lung cancer in some patients early.

Another case in 2016 involved a 65-year-old retired engineer, Yau, who was diagnosed with stage 1 of multiple primary lung cancer -- a kind of lung cancer characterized by more than one cancerous lesion -- after suffering coughs.

But the team faced a dilemma in treatment, as cancer cells were found on several lobes of Yau’s lungs.

“There were so many things to consider, like should we remove all the cancerous parts -- but would Yau be able to breathe properly afterwards?” Ng said.

“We tried to retain his pulmonary function as much as possible.”

To do so, the team’s surgeons performed three types of minimally invasive surgeries on Yau in a span of three years.

They included partial removal of lung tissues via a 3-centimeter cut on skin and an operation performed in a hybrid operation room – where there were several imaging devices, surgeons, anesthesiologists and nurses.

“And only two hospitals in the world, Prince of Wales Hospital (in HK) and St Bartholomew’s Hospital in London, are equipped with the BMA technique.”

The team has partnered with nursing cases managers, launching the “Thoracic ERAS” program at the hospital in 2018 to enhance lung cancer patients’ post-surgery recovery.

'The program can drastically reduce the duration of hospitalization,” Ward Manager at Prince of Wales Hospital’s Department of Surgery Yeung Wai-kit said.

Yeung said throughout the program, each team of two nursing cases managers would oversee 40 to 50 lung cancer patients. The managers teach patients how they should take care of themselves before and after the surgeries, including exercises for physiotherapy, points to note for anesthesia, and follow up with dietitians.