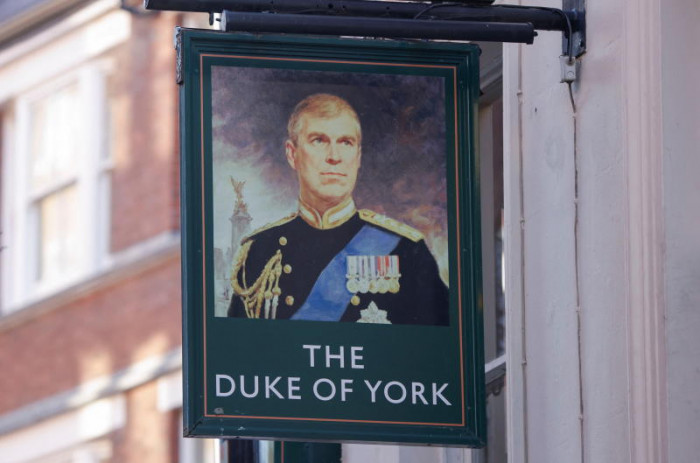 The Daily Mail cited a source close to the 61-year-old prince as saying these accounts have also been removed and are no longer live.

This comes after announcements last week that the prince has ceased using his HRH, or His Royal Highness, title, and has also given up honorary military titles bestowed by the Queen.

The move effectively removes him from official royal life.

His accuser Victoria Giuffre has said that she had sex with the prince while aged 17 after meeting him through the late US financer and convicted paedophile Jeffrey Epstein.

The prince denies the allegations but lost a bid to dismiss the civil suit.

Andrew withdrew from public life as a royal in 2019 after a widely ridiculed BBC interview where he sought to vindicate himself of the accusation that he sexually assaulted a minor.

Since then he has been occasionally photographed driving or riding around the Queen's private estate in eastern England, Sandringham.

He did not appear in the official wedding photographs when his daughter Beatrice got married in 2020.

In other signs of social ostracism, the York Racecourse in northern England has announced it is renaming an event called The Duke of York Stakes -- even though this refers to an earlier bearer of the title.

And a police station in Devon in southern England has removed a plaque saying it was opened by the Duke of York, citing a complaint from a member of the public, the BBC reported this week.

Armed forces minister James Heappey on wednesday said Andrew had kept "horrifically ill-advised" company, and the US case would overshadow celebrations later this year for his mother's 70 years on the throne.

The decision to strip former Royal Navy helicopter pilot Andrew of his honourary military titles was reportedly made by the Queen and senior members of the royal family.

His nephew, second-in-line to the throne Prince William was asked by a reporter on Wednesday if he supported his uncle, during a visit to a London museum.