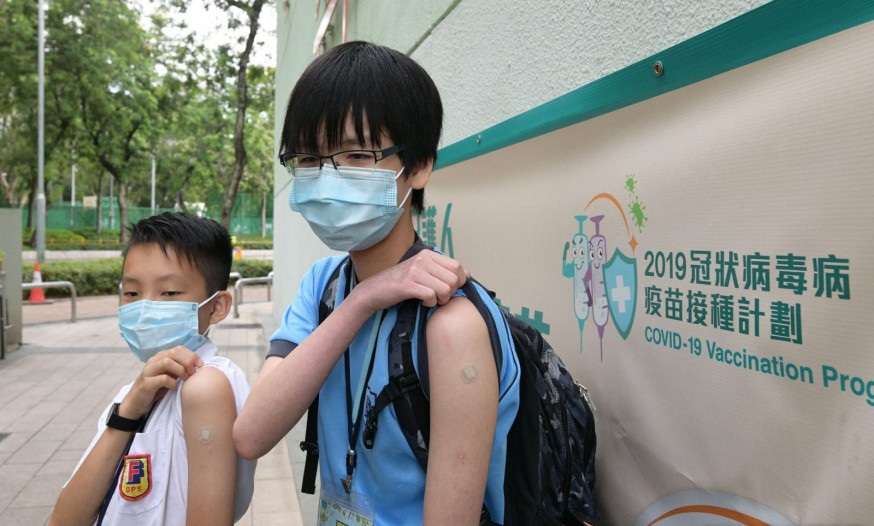 Students from Fanling Government Primary School arrived at the community vaccination center in Lung Sum Avenue Sports Centre around 3pm. Accompanied by parents and teachers, they traveled to the center on designated school bus arranged by the government.

They stayed at the center for an hour, during which Christine Choi Yuk-ling, under secretary for education was spotted inspecting the vaccination progress.

Ho Mei-lin, headmistress of the school, said there are 55 students aged 12 or above that can get the jabs. This trip saw 17 of them came to get the jabs, as well as a parent and eight teachers and staffers.

A primary five student surnamed Wong said he was “very happy” after getting the vaccine shot. He pointed out that the vaccine could protect him and his family members. Wong added that he was not afraid of side effects.

Wong's mother also said she was not concerned even her son didn't undergo any body check. She had gotten the vaccine herself before and she felt safe regarding the arrangements of the school.
#BioNTech  #Vaccines  #vaccine
Add Comment