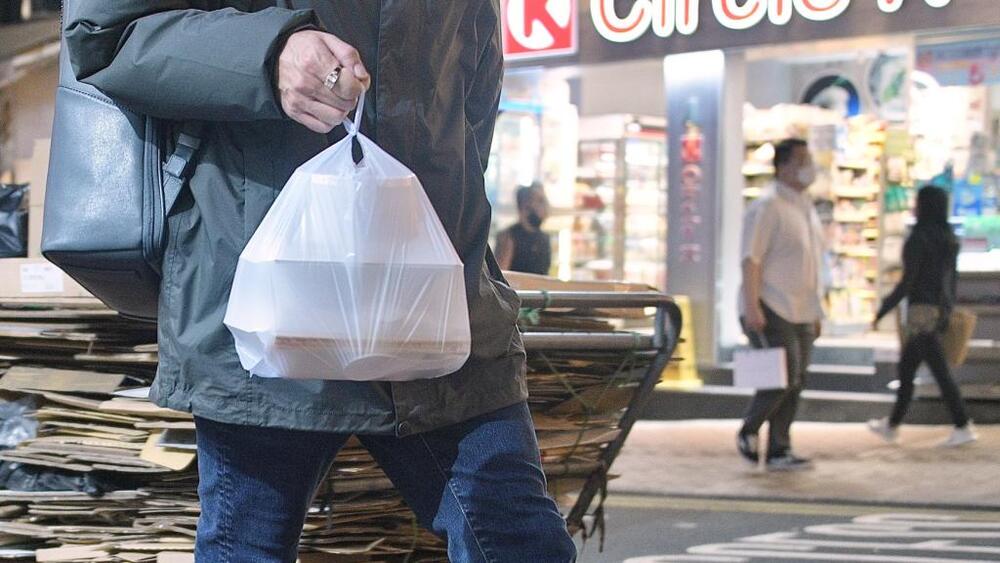 The Hong Kong government said it may consider raising the price of plastic shopping bags to HK$2.
This came after the government's latest proposal to tighten exemptions and double the fee to HK$1 was slammed for lack of deterrent effect. Environmental groups and some lawmakers then called on government to raise the price to HK$2.

The Environmental Protection Department said on June 8 that it has started the legislative process for the subsidiary legislation on the enhancement of the plastic shopping bag charging scheme and the full implementation of the producer responsibility schemes for glass beverage containers.

The proposed amendment will raise the levy to HK$1 and remove the current exemption for frozen or quick-frozen food and food completely wrapped in non-airtight packaging, with a target implementation date of December 31.

The Legislative Council held the Subcommittee on Three Pieces of Subsidiary Legislation Relating to Plastic Shopping Bags under the Product Eco-responsibility Ordinance on July 5,

A lawmaker requested that the authorities compare the statistics on other bags and plastic shopping bags disposed of at landfills since the scheme's implementation. They also enquired whether the HK$1 levy would be increased to HK$2.

In response, the government submitted a paper on Monday stating that the Commission on Sustainable Development conducted a public consultation on the control of disposable plastics from September to December last year and subsequently submitted a report to the government this year in April.

The report recommended that the government raise the current minimum levy of 50 cents to either HK$1 or HK$2 to help induce consumers to change their behavior.

The authorities said the HK$1 levy was recommended regarding the relevant fee levels in other regions such as Macau, as well as public acceptability.

The government considered that under the current overall economic and social climate, it would be more appropriate to adjust the fee gradually.

The authorities also mentioned that the Legislative Council passed, at its meeting on July 6, the motion to extend the deadline for amending the subsidiary legislation, and that the government will accept any motion to amend the minimum fee level above HK$1 by the end of the examination.

The authorities said from 2009 to 2019, the disposal of plastic environmental bags increased by about 40 million, while the disposal of disposable plastic shopping bags fell by approximately 200 million during the same period.

It was estimated that more people will use reusable shopping bags after implementing the proposed charging scheme.

However, the spokesperson added that although plastic bags can be reused many times, they are still difficult to completely decompose in landfills and the natural environment, and the production of plastic also requires natural resources.