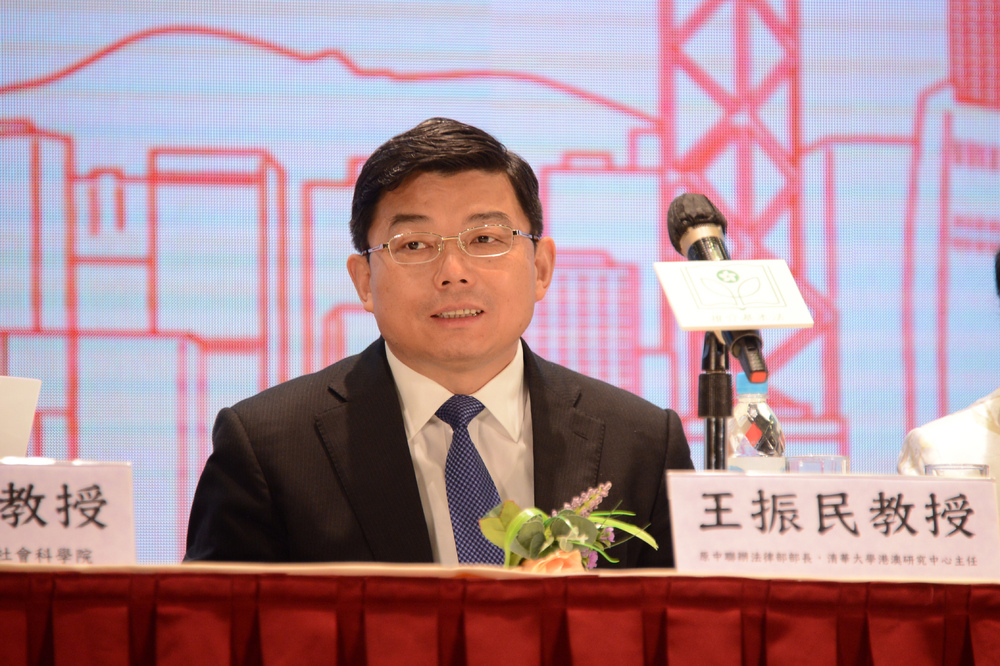 Hong Kong and Beijing paid “high tuition fees” for a new system, a top Beijing scholar says, and now the SAR should focus on its economy and improving livelihoods.
Speaking at a briefing in Beijing on Monday on the just-published white paper on Hong Kong’s democratic development, Wang Zhenmin, vice chairman of the Chinese Association of Hong Kong and Macau Studies, also said the central government spent much time and resources on the SAR's development.

The SAR also made an immense effort, Wang added, but it prompted serious turmoil in 2019 with the anti-fugitive bill movement.

“But now we have a good democratic electoral system, which was not easy to come by," he went on. "We all paid a lot of tuition fees in exchange for the new democratic system ... so we should treasure it and further strengthen it.

“After a long period of social unrest I think we should let society take a rest, focus efforts and resources to develop the economy and improve people’s livelihoods."

Wang also said the target to implement “universal suffrage” as stipulated in Hong Kong's Basic Law has not changed, and amendments would proceed also in accordance with the national constitution.

However, legislator-elect Tik Chi-yuen said: “If we only care about people’s livelihoods and do not solve political problems there will still be social unrest. It is not a proactive attitude to stay away from politics solely because of concerns it may affect social development.”

“The voter turnout does not equate to democracy but who the elected candidates are,” he added.

Meanwhile, state new agency Xinhua published a commentary saying Hong Kong’s society is progressing in restoring order as the national security law had shocked anti-China troublemakers and handed them the punishment that they deserved.
Add Comment