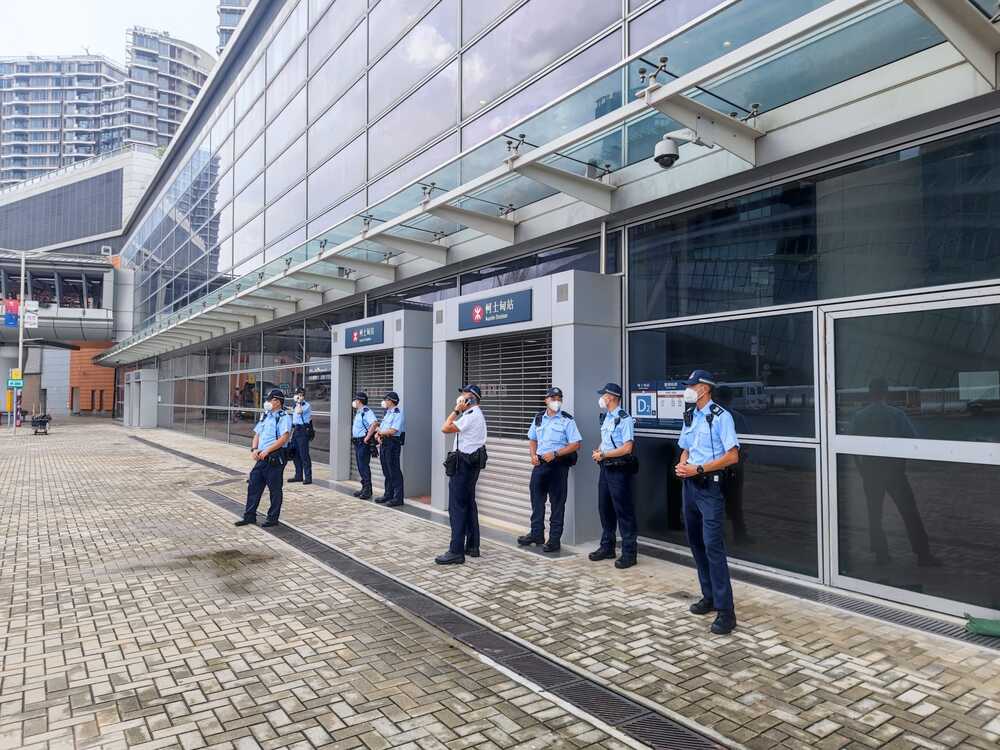 President Xi to arrive in HK this afternoon, followed by short speech

President Xi Jinping will arrive in Hong Kong on Thursday afternoon for the city’s 25th anniversary of Chinese rule, according to sources.
It is understood that Xi will pull into West Kowloon Station with his wife, Peng Liyuan, after taking the city’s high-speed rail link from the mainland China. China hasn’t released Xi’s itinerary, but he was expected to stay overnight in the neighboring Chinese tech hub of Shenzhen, as Hong Kong experiences its worst Covid surge since April, with some 2,000 cases Wednesday.

Upon the state leader’s arrival in Hong Kong, Xi was expected to deliver a short speech before heading to the Hong Kong Convention and Exhibition Centre in Wan Chai to meet with Hong Kong’s new top officials - chosen by incoming leader John Lee Ka-chiu.

While Xi could be visiting the Science Park for a short tour, Peng is expected to visit Xiqu Centre adjacent to West Kowloon Station in the afternoon.

Both Xi and Peng are likely to spend Thursday night in the Chinese city of Shenzhen _ 15 minutes away from Hong Kong by high-speed train _ and return to the city on Friday morning to attend the July 1 events.

The trip marks Xi’s first outside mainland China in almost 900 days after his Covid Zero policy restricted his travel to domestic engagements and led Hong Kong to close its own borders. The visit will be the first time during the pandemic Xi has set foot in a city openly operating with thousands of community virus cases -- evidence of Xi’s determination to signal China’s firm control of the once free-wheeling former British colony.

The event marks the halfway point of China’s 50-year promise to maintain Hong Kong’s liberal institutions and capitalist markets until at least 2047 under a framework called “one country, two systems.” The UK has accused China of violating their handover agreement, a claim backed up by the US, which has imposed sanctions on Lam, Lee, and senior Chinese officials for their roles in cracking down on the local opposition.

“It means a lot symbolically that the president of China is coming to Hong Kong to celebrate the 25th anniversary,” Tommy Wu, lead China economist at Oxford Economics. “It’s Hong Kong and China telling the rest of the world that Hong Kong is a major international, financial and business center in Asia, with the backing of the Chinese Communist Party.”

When Xi last visited Hong Kong in 2017, he delivered a stern message, warning the city that challenges to China’s rule were “absolutely impermissible.” After his departure, thousands joined an annual pro-democracy march, with some attendees carrying banners calling for the downfall of the Communist Party.

This year, the atmosphere is very different. Xi’s government has since imposed a national security law on Hong Kong that criminalizes subversion, secession, colluding with foreign forces, and terrorist activities. That sweeping legislation has ended street protests, purged the political opposition, and closed the city’s most prominent pro-democracy media outlets.

The League of Social Democrats, one of the city’s last protest groups, said in a Facebook post that after meeting with national security police, it had decided against holding a July 1 demonstration.

Lee and other government officials were required to enter hotel quarantine ahead of Xi’s arrival, as were some 3,000 other people involved in the celebrations, the Post reported Thursday. Drones have been banned across the city, and aircraft are prohibited from flying over Victoria Harbor. Roads, footbridges, and flyovers that Xi and his motorcade pass will be temporarily closed.

The Chinese leader is expected to give a speech on Friday trumpeting Hong Kong’s return to stability after Beijing made unprecedented interventions in its legal and electoral systems, with the latter ensuring only Communist Party loyalists can rule. Xi’s government has also required the one-time aviation hub to stay broadly in step with China’s cautious approach to Covid.

Hong Kong will be paying close attention to Xi’s speech for signs on how the city can loosen its border policies while balancing Beijing’s interests.

“On the one hand, Beijing wants to incorporate Hong Kong into the Greater Bay Area development plan,” said Vivan Zhan, an associate professor specializing in Chinese politics at the Chinese University of Hong Kong, referring to the southern area of China. “But at the same time, it needs to allow Hong Kong to maintain a certain degree of autonomy to strengthen its credibility for an international audience.”

“That’s a challenging task given what’s happened in the past few years and the rising international concern on the rule of law, judicial independence, and policy making,” she added.
#Facebook  #Covid
Add Comment