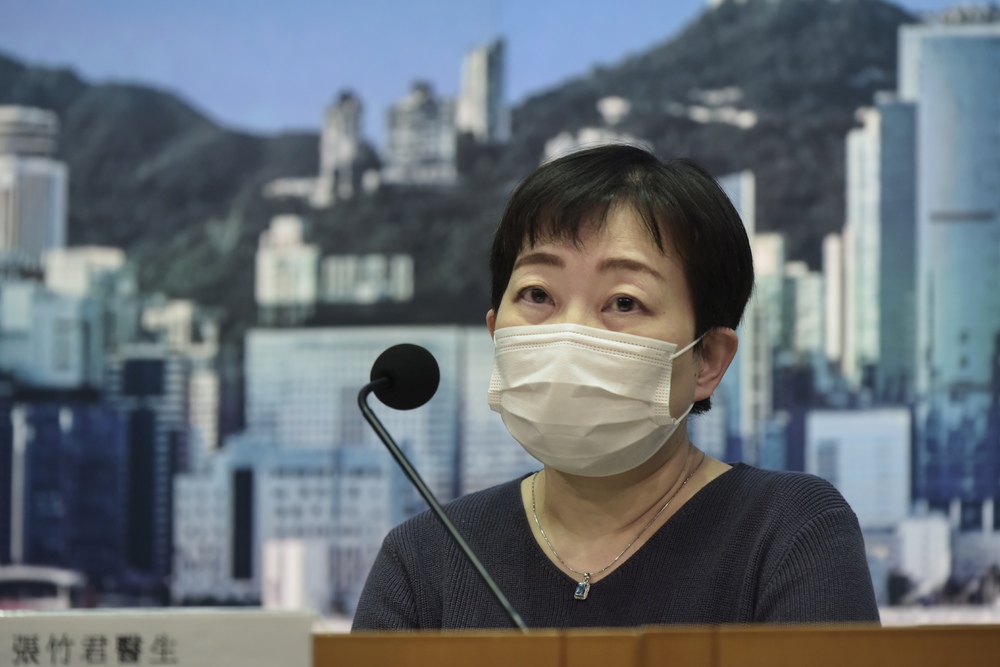 Preschooler at the Woodland Montessori Pre-school among 11 infected

A 3-year-old preschooler who studies at the Woodland Montessori Pre-school in Mid-levels is among 11 new Covid cases today, according to the Centre for Health Protection.
Chuang Shuk-kwan, head of the Centre for Health Protection's Communicable Disease Branch, said the girl last went to school on March 12 and was diagnosed on March 15. Both her parents were also infected earlier. She lives in Tower 3 of Dynasty Court in Mid-levels.

“The source of infection for the girl still remains unknown as it is still unsure if the girl got the virus at school or from her parents. The girl’s close contact at school will be put under quarantine, all students and staff are mandated to get tested,” said Chuang.

Of the local cases today, six of them were linked to previous local infections and the other two with untraceable sources.

There were also around 10 preliminary positive cases today.

The three imported cases today were two returnees from the Philippines and one from Bulgaria.

According to Chuang, the Sai Ying Pun Ursus Fitness cluster has seen five additional cases added, including one patron and four of the patron’s close contact.

The cluster has so far ballooned to 132 cases, the patients include seven staffers and 87 patrons, along with 38 of their close contacts.

As for the two untraceable cases today, one of them is a bartender who works at Mr Brown - a bar on 9 Ship Street in Wan Chai. The bartender last went to work on March 14 and felt ill a day later. Around 10 staffers of the bar were put under quarantine.

The bartender lives in Block B of Phase 3 Kwan Yick Building in Sai Ying Pun, he had also been to iclub Sheung Wan Hotel.

The other untraceable case is a housewife who lives in Block A of Kingsland Villa in Ho Man Tin. She felt ill on March 9. She had also been to Tai O for hiking.
#Covid
Add Comment