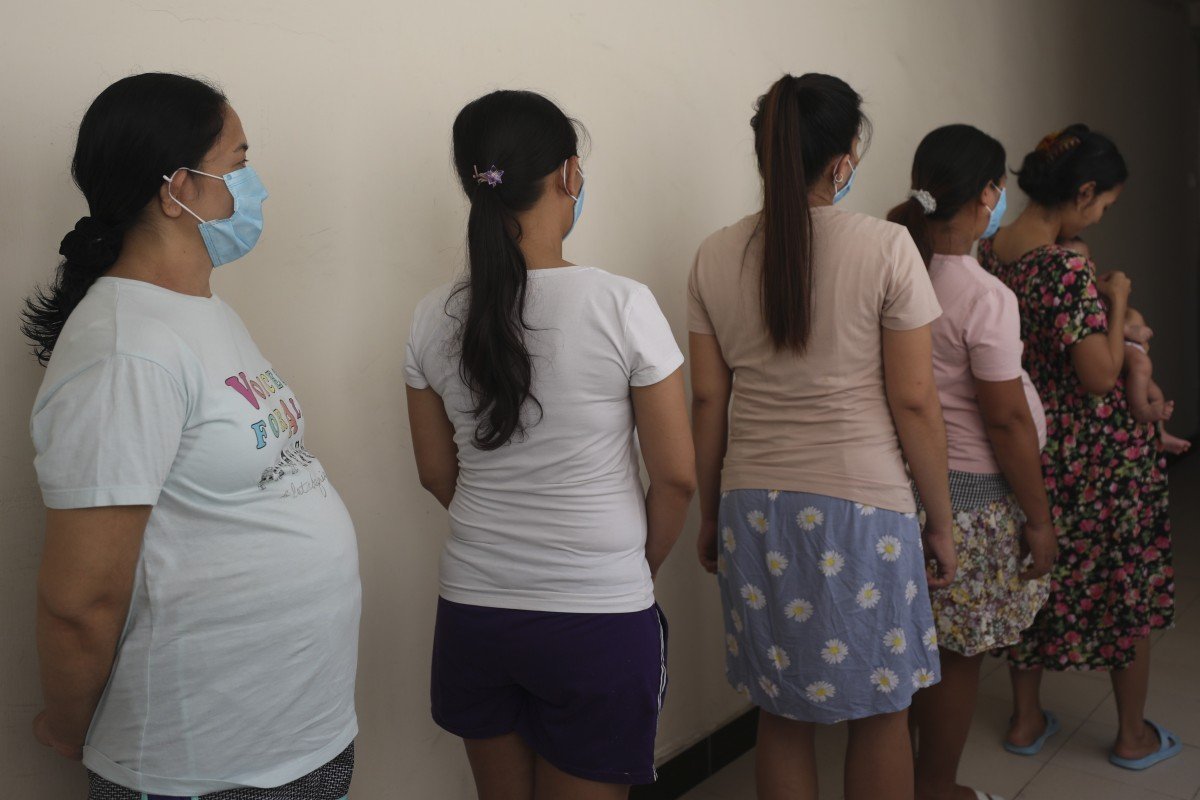 Out of work, short of money and unable to fly home, yet facing big hospital bills for giving birth in Hong Kong, pregnant domestic helpers find sanctuary in a shelter run by a charity.

Afternoon sunshine floods the three-bedroom flat, the silence broken by the hum of fans labouring against the intense summer heat. In the living room, baby clothes and toys are stacked neatly alongside packets of rice and noodles.

One bedroom is decorated with balloons that were hung up recently to celebrate the arrival of a baby girl, who is sleeping on a baby bouncer. The balloons will stay up for a while: two more babies – also girls – are due later this month. A baby boy will arrive in a few months’ time.

This is a safe house on Hong Kong Island for new and expectant mothers – former domestic helpers from the Philippines and Indonesia stranded in the city after flights from Hong Kong to their home countries were seriously disrupted because of Covid-19.

The pandemic has seen many domestic helpers lose their jobs, and a lot of them are now stuck in the city, says Kuma Chow of PathFinders, a Hong Kong charity supporting migrant mothers that runs the shelter. 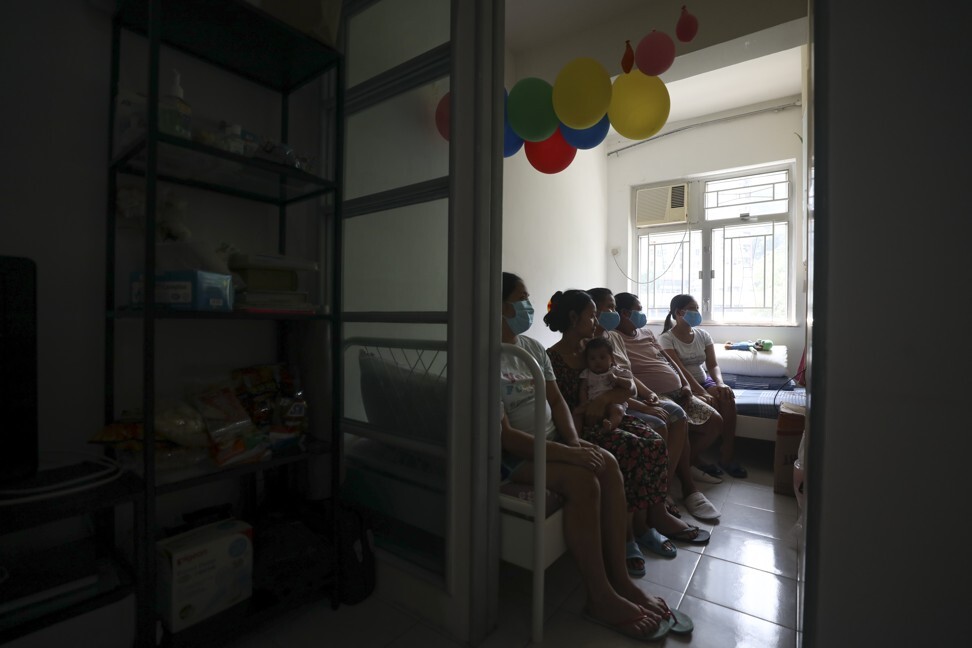 Pregnant, out-of-work domestic helpers sit in a bedroom in their safe house decorated with balloons that were recently hung up to celebrate the arrival of a baby girl.

Many have exhausted their savings on accommodation and food as they wait for travel restrictions to be relaxed.

Among those staying at the shelter is Filipino Sarah (not her real name) who is due to give birth at the end of September. She is excited about the arrival of her first child, a girl, but is stressed about not being able to head home to the Philippine island of Cebu for the birth. Sitting on a couch in the sparsely furnished flat, she shares her story.

“My employer got angry when she found out I was pregnant. I had to work, carrying heavy objects, and was tired.”

Sarah quit and was ready to leave Hong Kong when a surge of Covid-19 cases in the Philippines forced the cancellation of her flight. Strict two-week quarantine measures were an added problem. 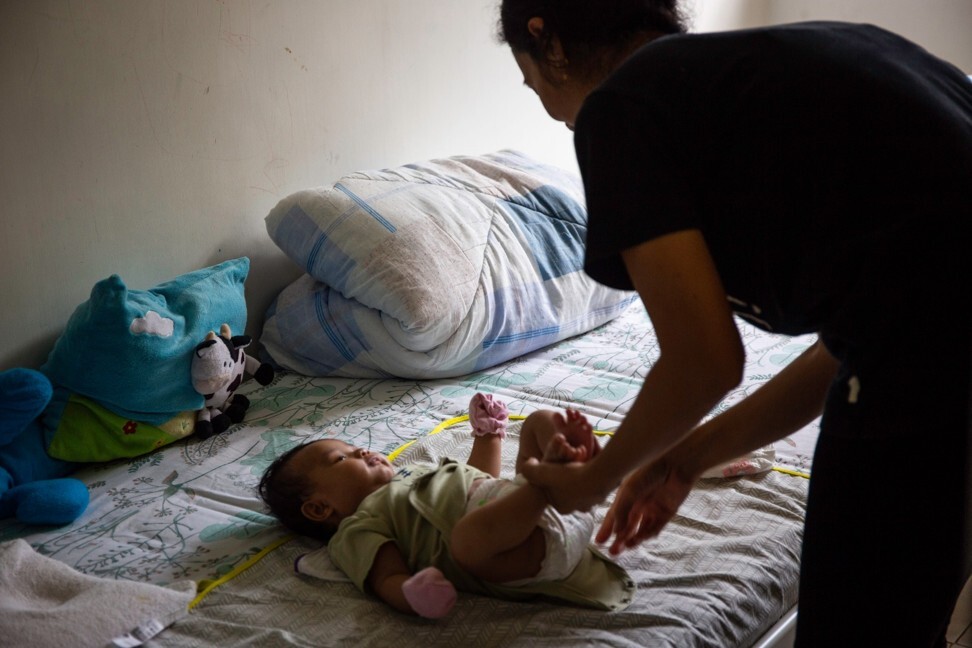 Under Hong Kong government law, foreign domestic workers who have had their contracts terminated must leave the city within 14 days, although visas have been extended in light of Covid-19 travel restrictions, with the government granting extensions to terminated domestic workers at a cost of HK$230 (US$30) per month.

Before finding PathFinders, Sarah was paying HK$60 a day in a shared dormitory where conditions were cramped. She feared for her health and the health of her unborn baby after reports surfaced about coronavirus outbreaks in other dormitories.

Chow says that without a work visa the women no longer have access to public services, including vital health care. “Without an employer, they face fees that are out of their budget.” The cost of giving birth in a public hospital in Hong Kong for women not eligible for heavily subsidised health care is HK$39,000 with a booking and HK$90,000 with no booking. 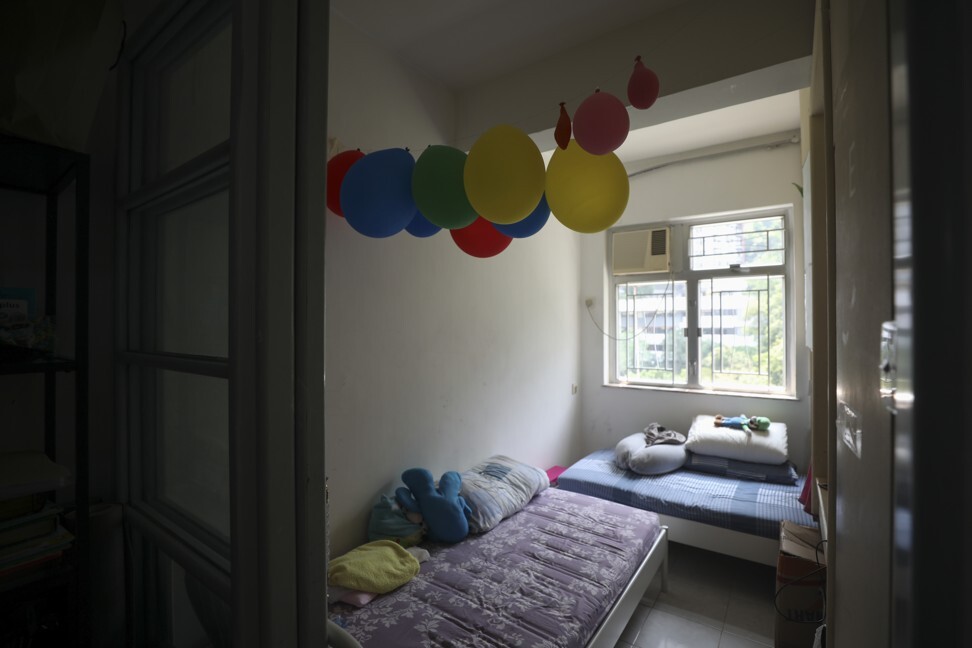 A room where pregnant out-of-work domestic helpers sleep at their safe house in Hong Kong.

Pregnant foreign domestic workers also face obstacles if employment contracts are unlawfully terminated or if they are pressured to resign. Compounding the problem, says Chow, is a backlog of breach-of-contract and unfair-dismissal cases as a result of law courts being closed during the pandemic.

“Many women do not have the time or money to wait around in Hong Kong until their cases can be heard,” says Chow. “Many also face stigma from their peers in Hong Kong and from family members back home.”

Widi from Indonesia, another guest at the shelter, says that when she discovered she was pregnant her boyfriend urged her to have an abortion. Scared, she went into hiding in a boarding house. Food, accommodation, doctor’s visits and sending money back to her family soon drained her savings. Penniless, she sought help from PathFinders.

“I wanted to return home to be with my family, but the cost of a plane ticket skyrocketed and I could not afford it,” she says. Her sick mother died in the time she has been trying to get home. 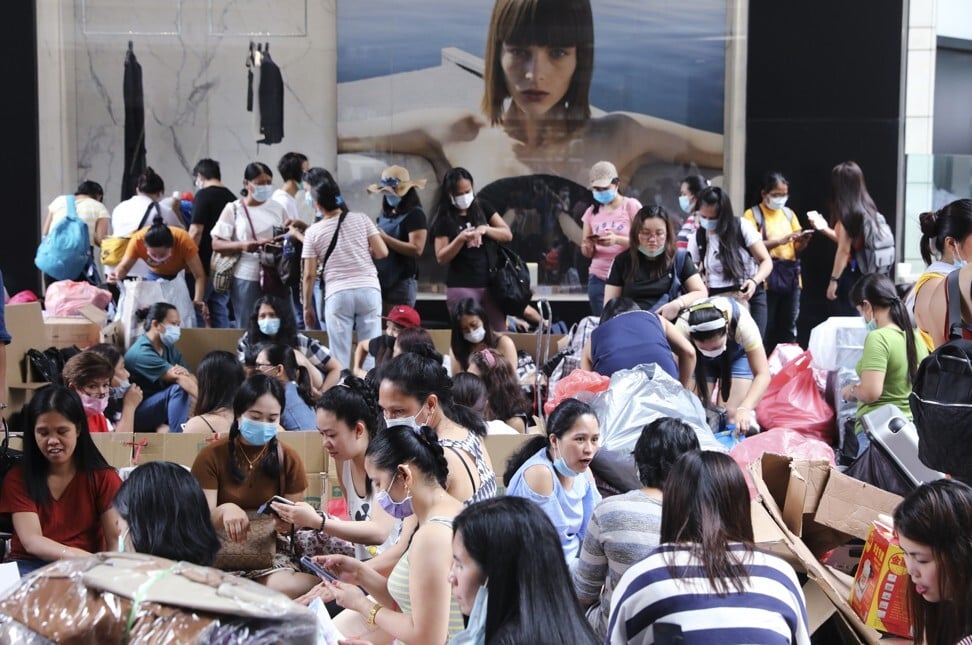 Domestic helpers gather in Central, Hong Kong. Many helpers have lost their jobs since the pandemic began.

For these women, the shelter has been a godsend. But like many charities in the city, PathFinders has been hard hit by the disruption last year’s anti-government protests and the Covid-19 crisis have brought. It was forced to cancel its annual fundraising dinner that was set to raise HK$3 million.

Chow says PathFinder’s Bridge The Gap fundraising campaign (every dollar is matched until November 30) is vital. To raise awareness about the women’s plight, the charity has launched Listen To Her, an online series where migrant mothers share their stories. 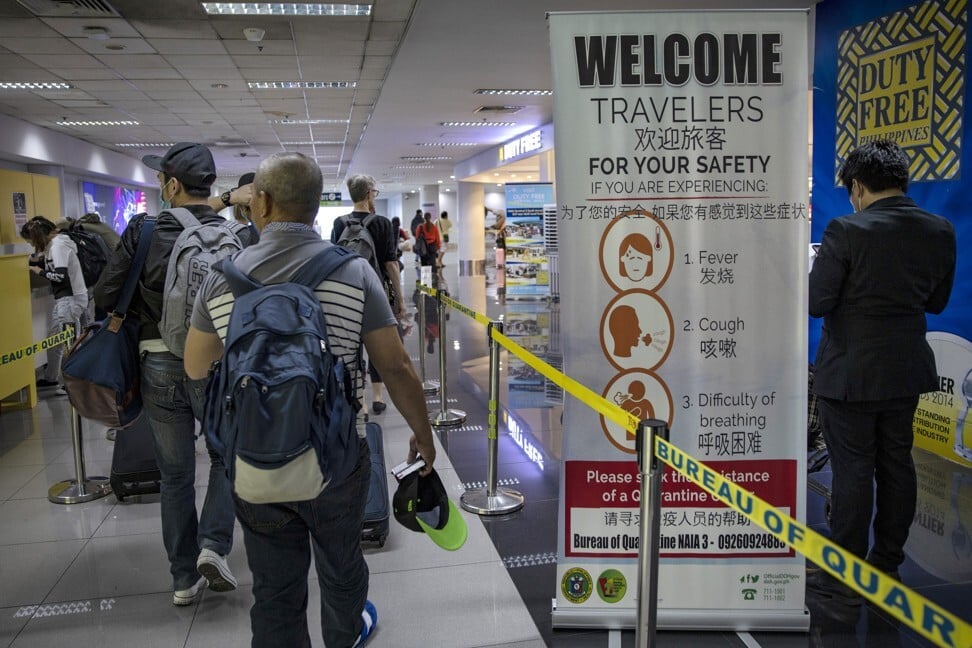 The arrivals area of Ninoy Aquino International Airport in Manila, Philippines. Many maids are stranded in the Hong Kong after flights to their home countries were seriously disrupted due to Covid-19.

The Mission for Migrant Workers, a charity helping migrant domestic workers find free temporary accommodation, says demand is spiking from those whose contracts have been terminated, as well as those waiting for labour compensation, or who are between jobs.

An appeal by the mission to help stranded helpers runs until the end of September. It says HK$400 is enough to sponsor for accommodation and food for one worker for a week, while HK$50,000 will support 30 workers to stay in Hong Kong for one month.