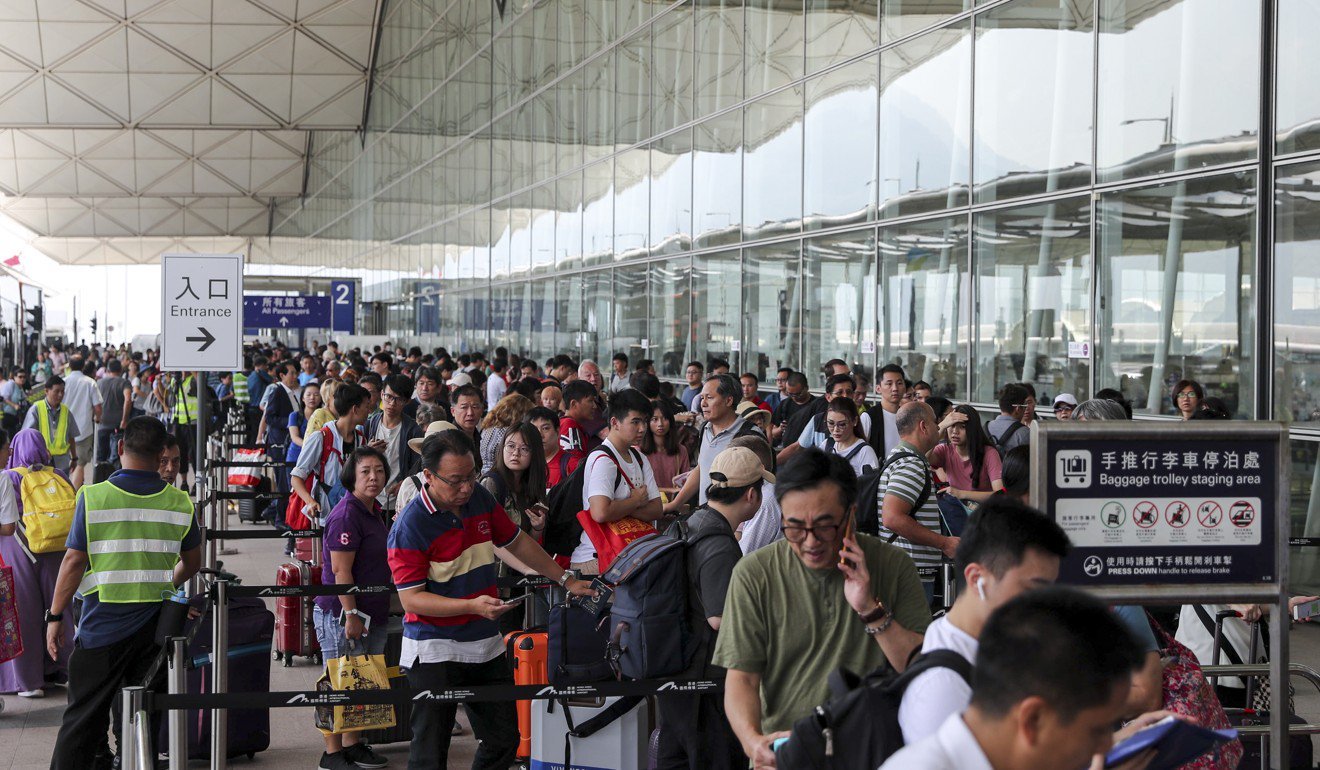 Travellers required to show itineraries before entering airport, while station closures on express rail link and bag searches on buses all act as deterrent. Small sit-ins also being staged in two malls: Telford Plaza in Kowloon Bay and Citylink Plaza in Sha Tin

Operations at Hong Kong International Airport were running smoothly on Saturday afternoon as scores of police officers kept a close watch over the aviation hub and its transport links, following protesters’ threats to target them.

Airport security personnel would only allow travellers with documents showing their journey plans to enter the airport, while dozens of officers patrolled inside. No long queues were seen outside the airport.

Police were also checking some young people’s bags at Hong Kong MTR station before they boarded the Airport Express. Officers also boarded buses at the Lantau Link Toll Plaza to carry out inspections.

As Hong Kong braced for its 14th straight weekend of protests, the security arrangements at the airport were ramped up to avoid a repeat of the scenes last Sunday when demonstrators caused chaos by blocking access routes and forcing travellers to walk part of the way.

Airport Authority employees were seen on Sunday telling several people to leave the airport bus station, warning they could be in breach of an injunction if they stayed.