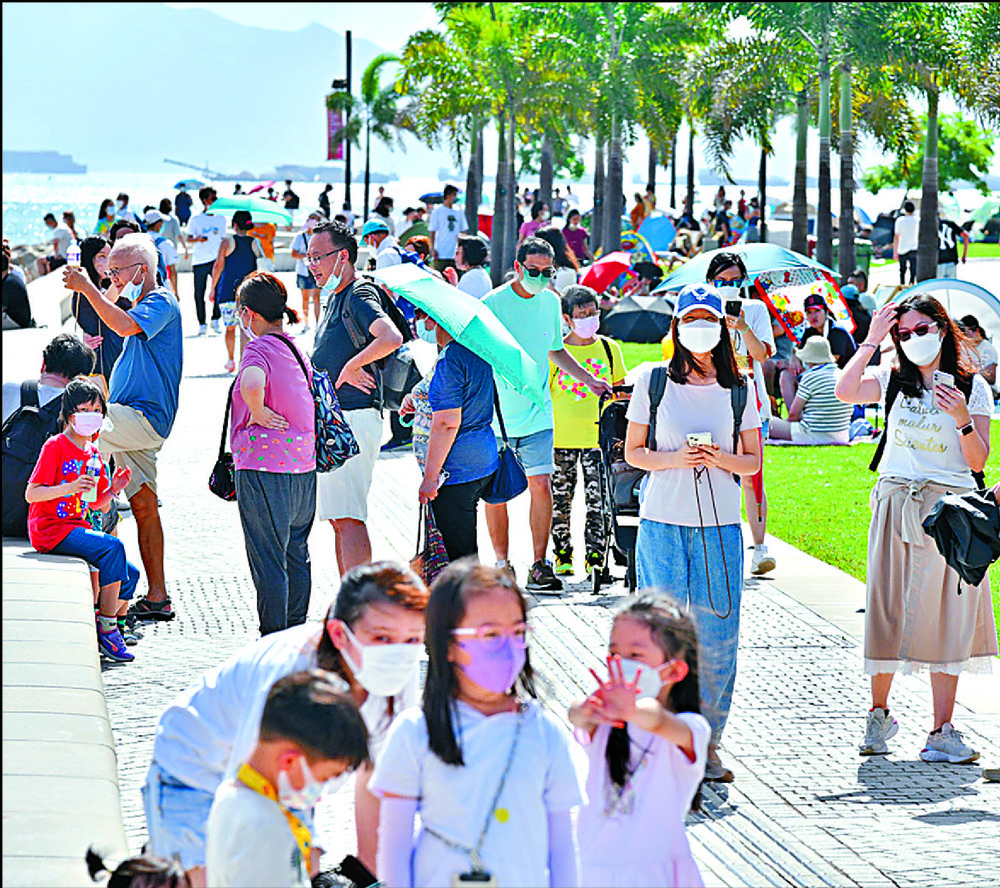 More than one in five Covid-19 patients contract the highly infectious Omicron subvariants BA.4 or BA.5 - which may soon become the SAR's dominant strains - while 1 percent of daily cases are reinfections, authorities said.
Hong Kong yesterday recorded three deaths and 4,979 cases - 4,764 locally transmitted and 215 imported - including 22 found in amber health-code holders who have completed their three days of hotel quarantine.

The Centre for Health Protection's head of communicable diseases, Chuang Shuk-kwan, said that as of Thursday, the percentage of suspected BA.4 or BA.5 cases - the most contagious Omicron subvariants - had risen to 23.1 percent of patients while BA.2.12.1 is at about 7.3 percent.

"We also found that 1 percent of daily cases have a previous infection record, meaning they are likely to be two-time infections," she said.

The news came as a five-year-old girl fights for her life at Tuen Mun Hospital's intensive-care unit. The unvaccinated girl was admitted on Friday after testing positive in a rapid antigen test earlier that day.

The Hospital Authority's chief manager, Gladys Kwan Wai-man, said on Saturday that doctors suspect the girl to be suffering from Covid-induced brain inflammation.

Kwan added that the girl's 11-year-old sister had also tested positive but she only has a sore throat and is in a stable condition.

"We're still investigating their infections to see what the source was as well as [monitoring] the condition of their other family members. So far, we haven't reached a conclusion as to who passed the infection to whom or whether they had contracted it from the community."

The three latest fatalities were two men and a woman aged between 80 and 89, bringing the SAR's fifth-wave death toll to 9,352. One of them, an 89-year-old man, was triple vaccinated but suffered from diabetes, hypertension and arrhythmia.

He visited a community test center at around 2pm on Thursday but was found unconscious at his home a few hours later and declared dead upon arrival at the hospital.

"Later that night, his family called to inform us that his wife had been diagnosed with Covid," Kwan said.

The other two fatalities were an 80-year-old man living in an elderly care home and an 89-year-old woman - both of whom were unvaccinated.