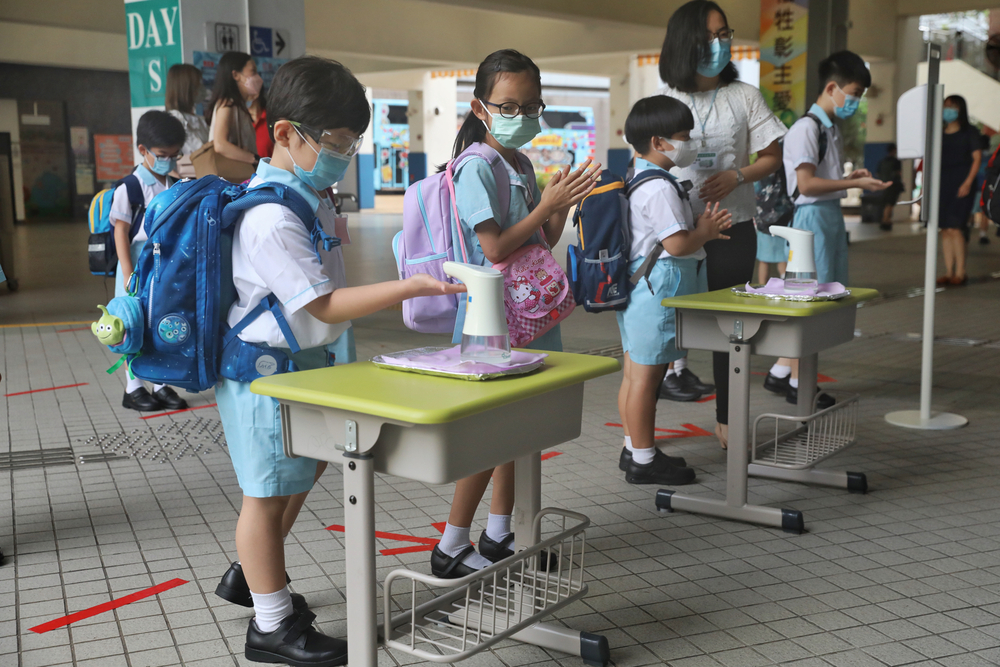 Education authorities are now mulling a possible testing requirement for students over class resumption and will confirm more details next week, said minister Kevin Yeung Yun-hung.
Speaking on a radio program Saturday, the Secretary for Education said he wishes to observe the results of the three-day voluntary mass testing arrangement first and will discuss with health departments to see if it is necessary for students to take a daily Covid-19 test.

Authorities plan to impose the testing mandate for students so that schools can know better regarding the pandemic development on campuses, he added. He also said the testing kits would be distributed to students who can't afford to buy any.

Arrangements like frequency of testing and a specific cap on infection numbers that trigger suspension again will later be confirmed together with the Centre for Health Protection.

Meanwhile, Yeung also responded to the comments of health expert Lau Yu-lung, who suggested arranging for unvaccinated students to sit by the windows and said authorities will study Lau's suggestion to see if it works.

Lau also suggested barring unvaccinated students from joining any outdoor activities and classes, including music or PE classes, so as to minimize the infection risk.

Yet, Yeung said it is unlikely to strictly regulate schools to follow Lau's advice and pointed out that schools should make appropriate venting arrangements according to their classroom environment.
#COVID-19  #Covid
Add Comment