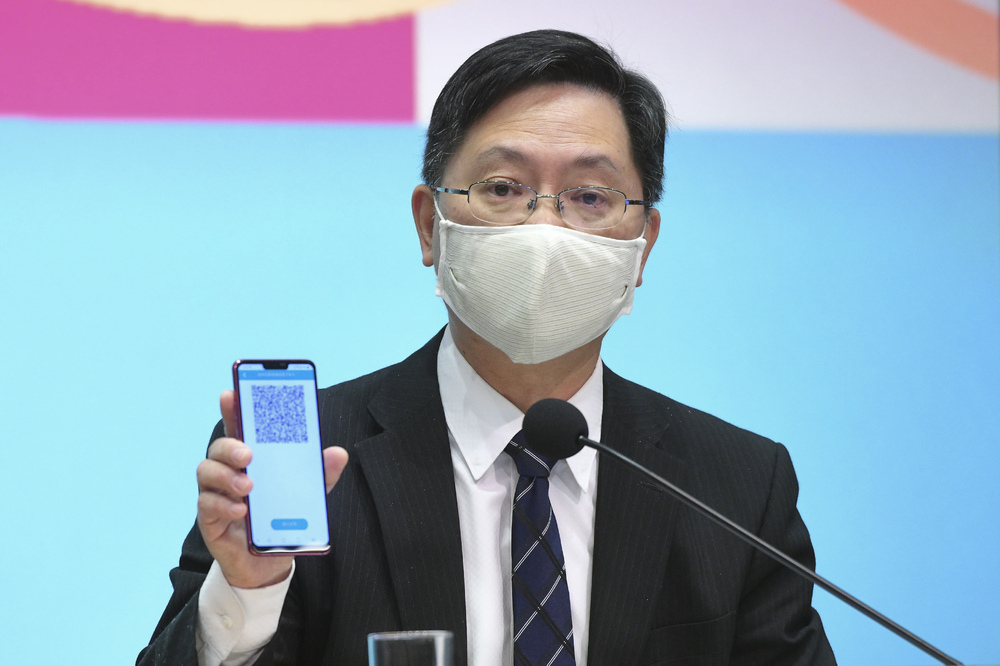 Authorities should add positioning and identity authentication functions to the government’s “leavehomesafe” contact-tracing app, lawmakers demanded.
The app, launched by the Office of the Government Chief Information Officer last November, can map users’ whereabouts once users use the app to scan designated venues’ QR codes to mark their arrival and departure time.

In June, a new function allowing users to store their Covid-19 vaccination or testing records was added to the app.

But the app, based on voluntary participation, does not have a positioning function nor require users to register before using the app.

In a legco meeting today, New People Party lawmaker Regina Ip Lau Suk-yee said the lack of a positioning function on the app largely undermined the app’s effectiveness in contact-tracing.

“Adding the function to the app can save the effort for manual contact-tracing,” she said.

Ip said she understood the concerns over privacy if the function was to be added, but insisted that authorities ought to strike a balance between privacy and enhancing contact-tracing.

“Citizens are concerned about the violation of their privacy due to the function, but other mobile apps they commonly use can also map their whereabouts," she said.

Other lawmakers also worried that the lack of an identity authentication function on the app meant some citizens could use others’ vaccination records as their own.

In response, Secretary for Innovation and Technology Alfred Sit Wing-hang backed the lack of those functions on the app, saying they were to protect personal data privacy and to reinforce citizens’ faith in using the app.

Despite agreeing that the functions might enhance the app’s effectiveness in contact-tracing, he said other existing measures could effectively tighten the grip on the pandemic as well.

Sit also said the health code system was only for citizens travelling between Hong Kong and Macau or Guangdong, adding the government had no plans for extending its usage to the local.
#COVID-19  #Covid
Add Comment