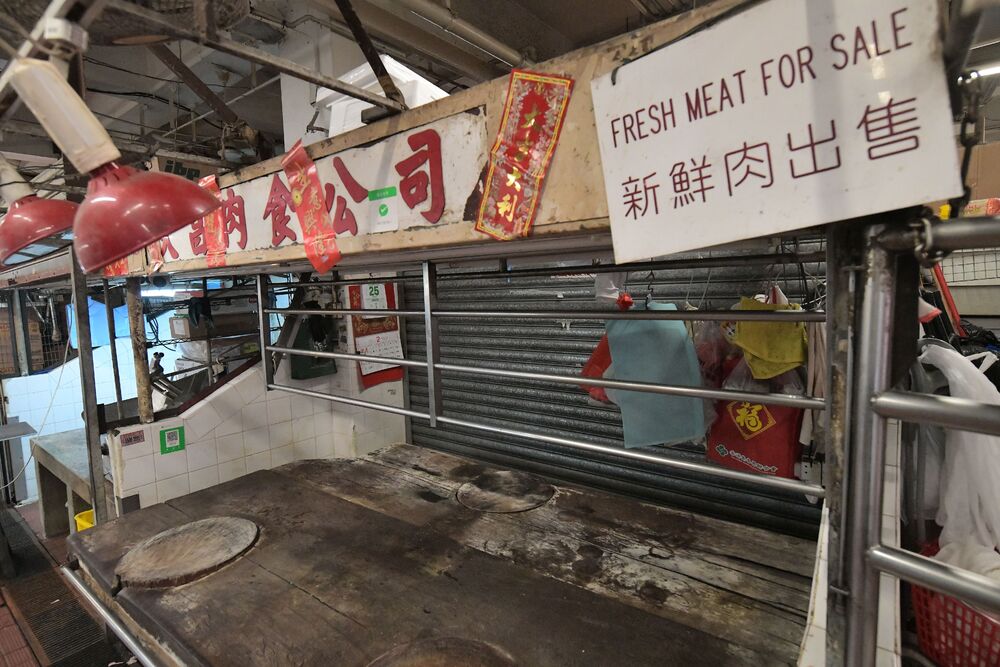 Tsuen Wan Slaughter House reopened on Sunday but it could only slaughtered about 300 pigs, which pork traders said the supply was only a drop in the bucket and far from enough.
Fresh meat supply in Hong Kong have been scaled back since Saturday as two slaughter houses in Sheung Shui and Tsuen Wan were temporarily closed from Saturday midnight due to manpower shortage because of the epidemic situation.

On Friday morning, 183 of 866 Sheung Shui Slaughterhouse practitioners including slaughterhouse staff, buyers and staff of importers were tested positive to Covid-19.

According to Agriculture, Fisheries and Conservation Department’s website, only 293 local live pigs were supplied to markets in Hong Kong Sunday and there was no live pig imported from mainland.

The Food and Environmental Hygiene Department said on Saturday night that a total of 421 slaughterhouse practitioners got test in the two stations, and it strongly appealed to other practitioners to get tested.

Pork Traders General Association chairman Hui Wai-kin said on radio that only a few districts have fresh pork supply on Sunday and higher prices were expected. He said the industry was counting the number of practitioners who have received negative Covid test results, and hoped that the Sheung Shui slaughterhouse can reopen one production line to slaughter 1,500 to 1,800 pigs for local markets.

In a wet market in North Point, only one pork butcher was operating and a dozen of shoppers queued to buy fresh meat. A citizen bought HK$500 worth of pork for several days, while some citizens said they would buy chilled meat or to buy more vegetable instead.

“There are not many choices as many stalls selling fresh pork did not open,” a citizen said.

In Kowloon City wet market, all fresh meat stalls were closed yesterday but some staffers still returned to their stalls for cleaning and sharpened their knives.

A stall owner Mr Tung said they could only wait for the slaughterhouses to resume normal operation.

Meanwhile, a 60-year-old cross-border truck driver surnamed Lau is in isolation in Shenzhen after he was arrested by mainland police for illegal unloading on Saturday.

Epidemic control authorities in Luohu said Lau violated the close-loop management for cross-border drivers which they are required to load and unload goods at designated points only.
#COVID-19  #Covid
Add Comment