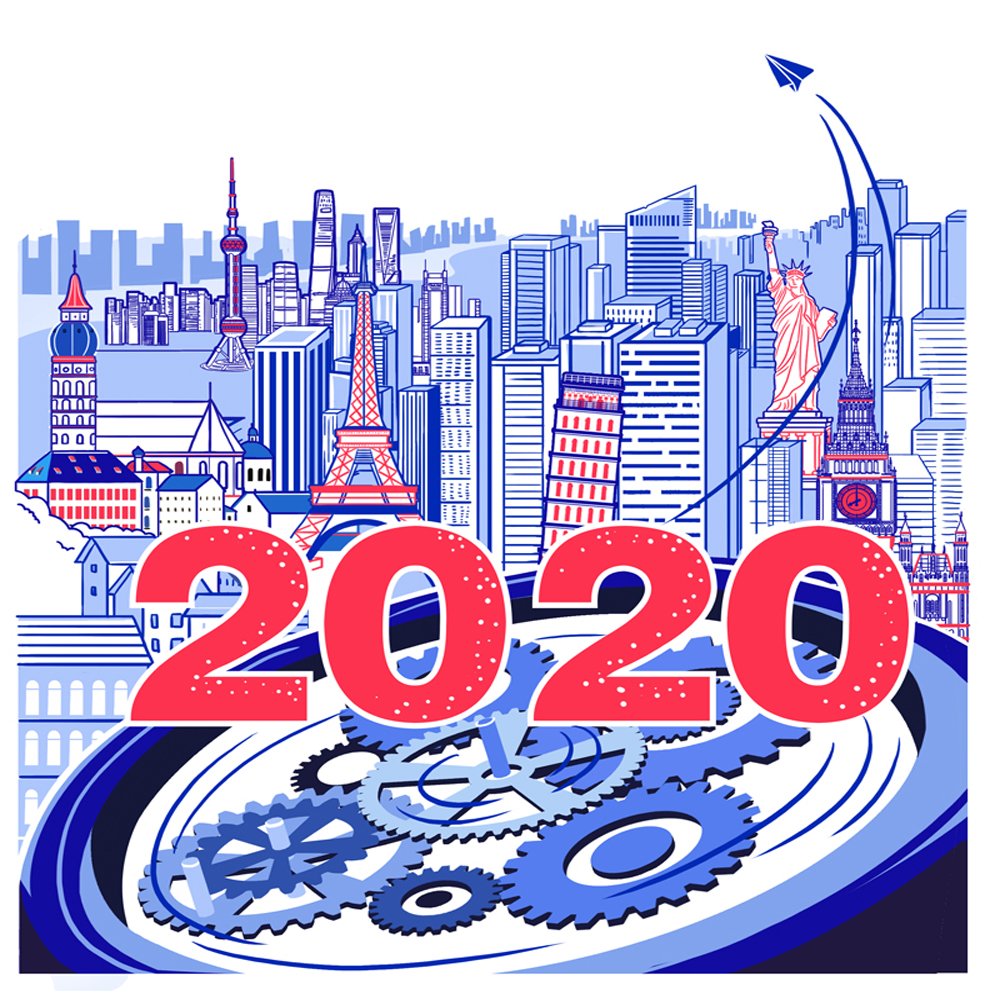 Populism could spark crisis in 2020

Predicting the next crisis－financial or economic－is a fool's game. Yes, every crisis has its hero who correctly warned of what was about to come. And, by definition, the hero was ignored (hence the crisis).

The best that economists can do is to assess vulnerability. Looking at imbalances in the real economy or financial markets gives a sense of the potential consequences of a major shock. It doesn't take much to spark corrections in vulnerable economies and markets. But a garden-variety correction is far different from a crisis. The severity of the shock and the degree of vulnerability matter: big shocks to highly vulnerable systems are a recipe for crisis.

In this vein, the source of vulnerability that I worry about the most is the overextended state of central banks' balance sheets. My concern stems from three reasons.

First, central banks' balance sheets are undeniably stretched. Assets of major central banks－the US Federal Reserve, the European Central Bank, and the Bank of Japan－collectively stood at $14.5 trillion in November 2019, which is down only slightly from the peak of about $15 trillion in early 2018 and more than 3.5 times the pre-global financial crisis level of $4 trillion. A similar conclusion comes from scaling assets by the size of their respective economies: Japan leads the way at 102 percent of nominal GDP, followed by the ECB at 39 percent, and the Fed at a mere 17 percent.

Second, the expansion of central banks' balance sheets is essentially a failed policy experiment. Yes, it was successful in putting a floor under collapsing markets over a decade ago, in the depths of the global financial crisis in late 2008 and early 2009. But it failed to achieve traction in sparking vigorous economic recovery.

Central banks believed that what worked during the crisis would work equally well during the recovery. That didn't happen. The combined nominal GDP of the United States, eurozone and Japan increased by $5.3 trillion from 2008 to 2018, or just more than half their central banks' combined balance sheet expansion of $10 trillion during the same period. The remaining $4.7 trillion is the functional equivalent of a massive liquidity injection that has been propping up asset markets over most of the post-crisis era.

Fed leads the way in upping the ante

Third, steeped in denial, central banks are once again upping the ante on balance sheet expansion as a means to stimulate flagging economic recoveries. The Fed's late 2018 pivot led the way, first reversing the planned normalization of its benchmark policy rate and then allowing its balance sheet to grow again (allegedly for reserve management purposes) following steady reductions from mid-2017 through August 2019.

Asset purchases remain at elevated levels for the Bank of Japan as a critical element of the "Abenomics" reflation campaign. And the recently installed ECB president, Christine Lagarde, the world's newest central banker, was quick to go on the record stressing that European monetary authorities will "turn (over) each and every stone"－which presumably includes the balance sheet.

So why is all this problematic? After all, in a low-inflation era, inflation-targeting central banks seemingly have nothing to fear about continuing to err on the side of extraordinary monetary accommodation, whether conventional (near zero-bound benchmark policy rates) or unconventional (balance-sheet expansion). The problem lies, in part, with the price-stability mandate itself－a longstanding, but now inappropriate, anchor for monetary policy. The mandate is woefully out of sync with chronically below-target inflation and growing risks to financial stability.

The potential instability of the US equity market is a case in point. According to the widely cited metrics of Robert Shiller, winner of Nobel Prize for economics, equity prices relative to cyclically adjusted long-term earnings currently are 53 percent above their post-1950 average and 21 percent above the post-crisis average since March 2009. Barring a major re-acceleration of economic and earnings growth or a new round of Fed balance sheet expansion, further sharp increases in US equity markets are unlikely. Conversely, another idiosyncratic shock－or a surprising re-acceleration of inflation and a related hike in interest rates－would raise the distinct possibility of a sharp correction in an overvalued US equity market.

The problem also lies in weak real economies that are far too close to their stall speed. The International Monetary Fund recently lowered its estimate for world GDP growth in 2019 to 3 percent－midway between the 40-year trend of 3.5 percent and the 2.5 percent threshold commonly associated with global recession. As 2019 has come to an end, real GDP growth in the US is tracking below 2 percent, and the 2020 growth forecast for both the eurozone and Japan is less than 1 percent.

In other words, the major developed economies are not only flirting with overvalued financial markets and still relying on a failed monetary-policy strategy, but also lack a growth cushion just when they may need it most.

In such a vulnerable world, it would not take much to spark the crisis of 2020. Notwithstanding the risks of playing the fool's game, three "Ps" are at the top of my list of concerns: protectionism, populism and political dysfunction. An enduring tilt toward protectionism is particularly troubling, especially since the China-US trade war is yet to be resolved. Indian Prime Minister Narendra Modi's "Hindu nation" crusade in that country could well be the most disturbing development in a global swing toward populism. And the great US impeachment saga takes Washington's political dysfunction further into uncharted territory.

Quite possibly, the spark will be something else－or maybe there won't be any shock at all. But the diagnosis of vulnerability needs to be taken seriously, especially because it can be validated from three perspectives－real economies, financial asset prices, and misguided monetary policy. Throw a shock into that mix and the crisis of 2020 will quickly be at hand.
Add Comment