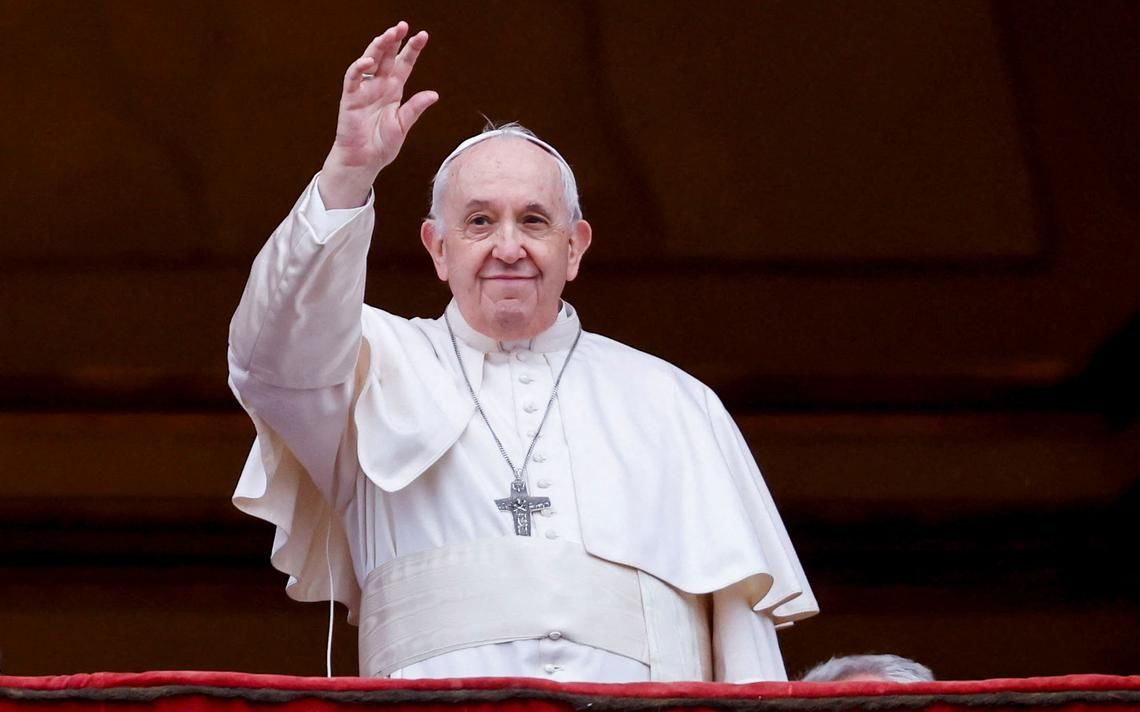 Pope Francis has warned that the world is becoming so desensitised to crises and suffering that they are now happening while hardly being noticed.

In his annual Christmas Day message, the pontiff pointed to ongoing turmoil in Syria, Yemen and Iraq, as well as in areas of Africa, Europe and Asia.

He also said the effects of the pandemic threatened efforts to resolve conflicts on an international level.

He spoke outdoors again this year after making his speech indoors last year.

Thousands of Catholic faithful - wearing face masks amid Covid precautions - watched in St Peter's Square at the Vatican as the Pope delivered his Urbi et Orbi address from the balcony of the Basilica.

Pope Francis warned about the social consequences of the pandemic, saying there was "a growing tendency to withdraw... to stop making an effort to encounter others and do things together".

He said that "on the international level too there is the risk of avoiding dialogue, the risk that this complex crisis will lead to taking shortcuts rather than setting out on the longer path" to resolve conflicts.

"We continue to witness a growing number of conflicts, crises and disagreements," he said. "These never seem to end and by now we hardly even notice them.

"We have become so used to them that immense tragedies are being passed over in silence."

He singled out Syria, Iraq and Yemen "where an enormous tragedy overlooked by everyone has silently gone on for years". He also urged people to keep in mind continuing tensions between Israel and the Palestinians, and the "unprecedented" economic and social crisis gripping Lebanon.

Turning to Asia, the Pope asked God to comfort the people of Afghanistan "who for more than 40 years have been sorely tested by conflicts", and to "sustain the people of Myanmar where intolerance and violence not infrequently target the Christian community and its places of worship".

He also prayed for peace to come to conflicts in other troublespots around the world, including Ukraine, Ethiopia and the Sahel, which has been a front line in the war against Islamist militancy for almost a decade.

Earlier, Pope Francis, who is 85, marked Christmas Eve with Mass at the Basilica, where he urged followers to show more compassion towards the poor and to "value the little things in life".

"On this night of love, may we have only one fear: that of offending God's love, hurting him by despising the poor with our indifference," he said.