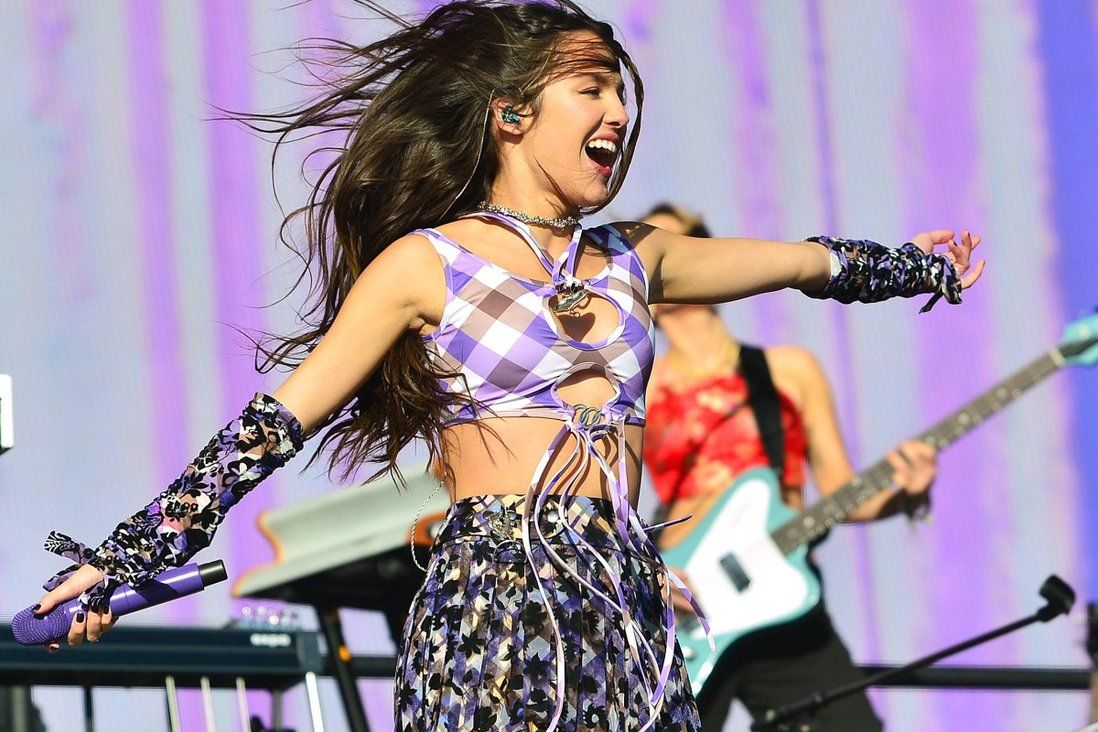 Pop punk is no longer a boys’ club. Olivia Rodrigo, Billie Eilish and Willow Smith are among the women who are sparking a resurgence of the musical genre.

Move over, guys. Pop punk has come blaring back, and women are taking centre stage this time around.

Pop star Olivia Rodrigo, whose angsty heartbreak anthem Good 4 U scored her a No. 1 on the Billboard Hot 100, brought out pop-punk princess Avril Lavigne during a spring tour stop in Toronto, Canada, to sing Lavigne’s seminal hit Complicated.

Willow Smith’s latest single, Hover Like a Goddess, builds on the brash sound of 2021’s Lately I Feel Everything, which saw the 21-year-old daughter of actors Will and Jada Pinkett Smith exploring pop-punk sonics, including collaborations with Lavigne and Travis Barker, the drummer of US band Blink-182.

And do not forget indie pop wunderkind Billie Eilish, who rocked out to her song Happier Than Ever at the Grammy Awards and covered Paramore’s Misery Business during her set at music festival Coachella – with the help of the band’s lead singer, Hayley Williams. 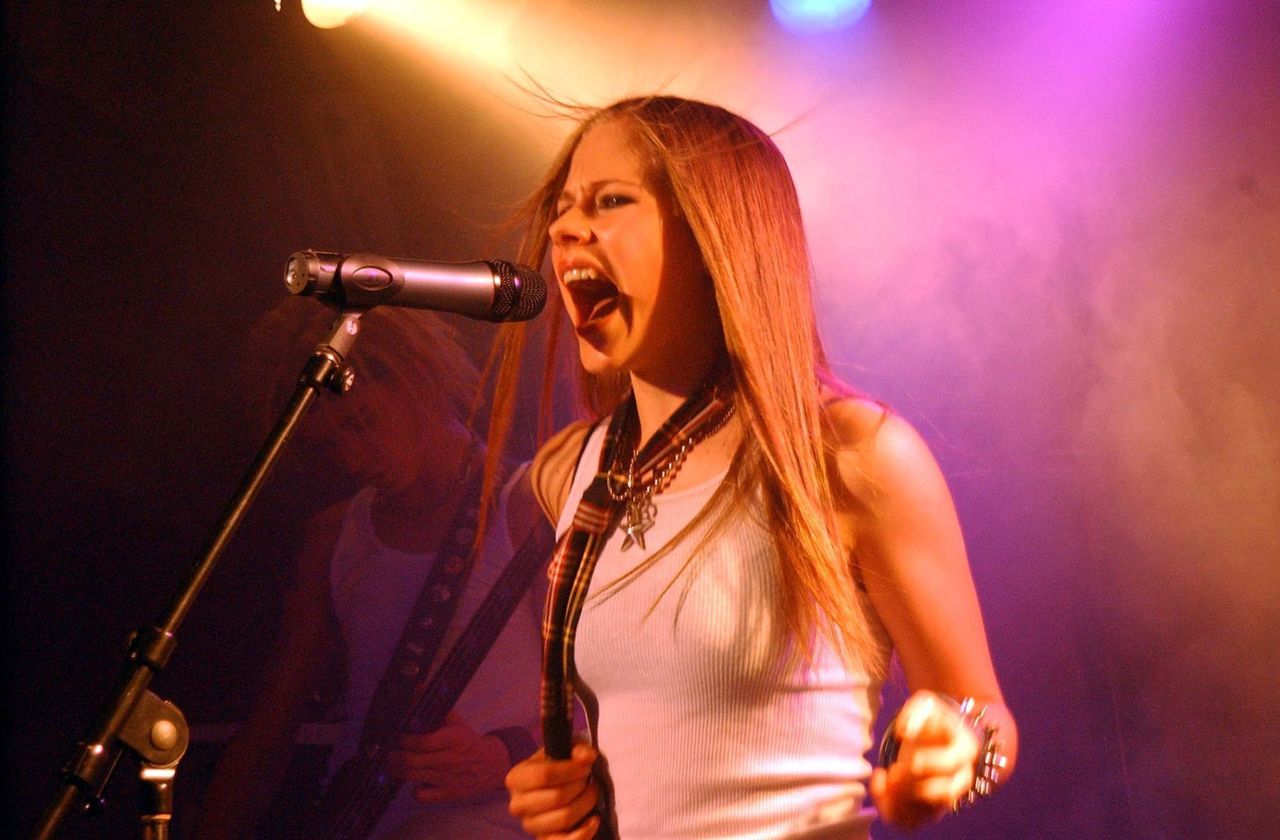 “I absolutely love pop-punk and emo music,” Rodrigo told Billboard in February. “People are longing for those super-emotional, less polished moments in music, so the aggressiveness of punk is really enticing.”

The rise of these artists marks an about-face for pop punk, which seemed like a boys’ club at its mainstream peak in the mid-to-late 1990s and early 2000s. Male-led acts such as Green Day, The Offspring, Blink-182 and Sum 41 dominated the charts and airwaves with their take on the genre.

But this girl-power edge harks back to the foremothers of pop punk in the ’70s and ’80s. Groups like The Runaways and Blondie blazed a trail during this time and proved that women can still rock out, even in a man’s world.

The revival is also being propelled by a genre-fluid generation of fans, eager to consume and indifferent to the niches of traditional music categories.

“Kids just kind of like everything,” says Mike Damante, author of Hey Suburbia: A Guide to the Emo/Pop-Punk Rise. “Younger artists pull from all these different influences, and they’re not afraid to do so because the fan base is more open to hearing different types of music.” 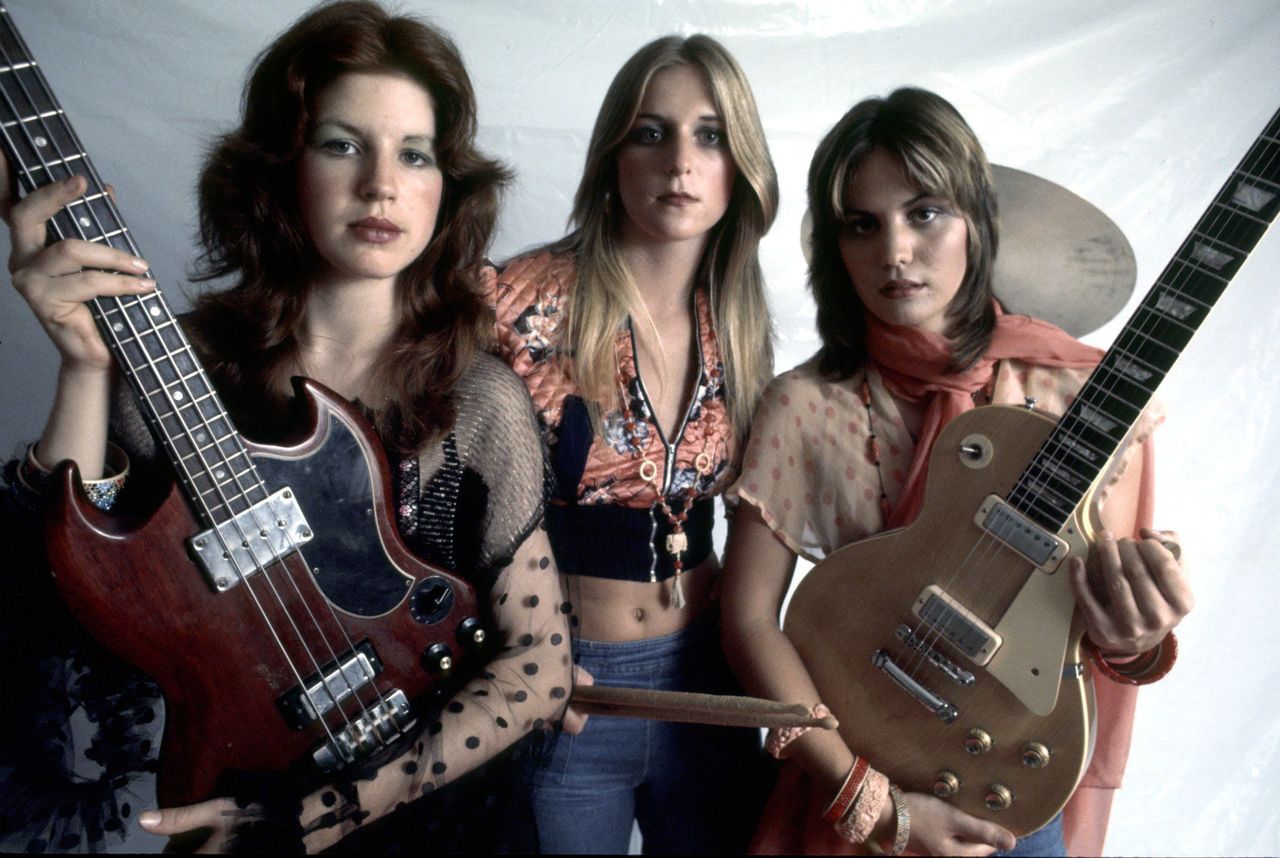 The rock band The Runaways pose for a portrait in Los Angeles in 1975.

Known for its fast tempos and loud guitars, pop punk has a way of cutting straight to the feeling, and this emotional immediacy is especially resonant among women, from pop-punk pioneers The Go-Go’s to Gen Z standard bearer Rodrigo.

“I’ve struggled with my mental health my whole life, so a lot of my lyrics were slightly dark, even if people don’t notice it,” Go-Go’s guitarist Jane Wiedlin said in 2020. “Part of the Go-Go’s formula.

“We like sunny, catchy melodies, and have a little bit of lyrical darkness to throw in there, to give it balance – a yin-yang thing.” 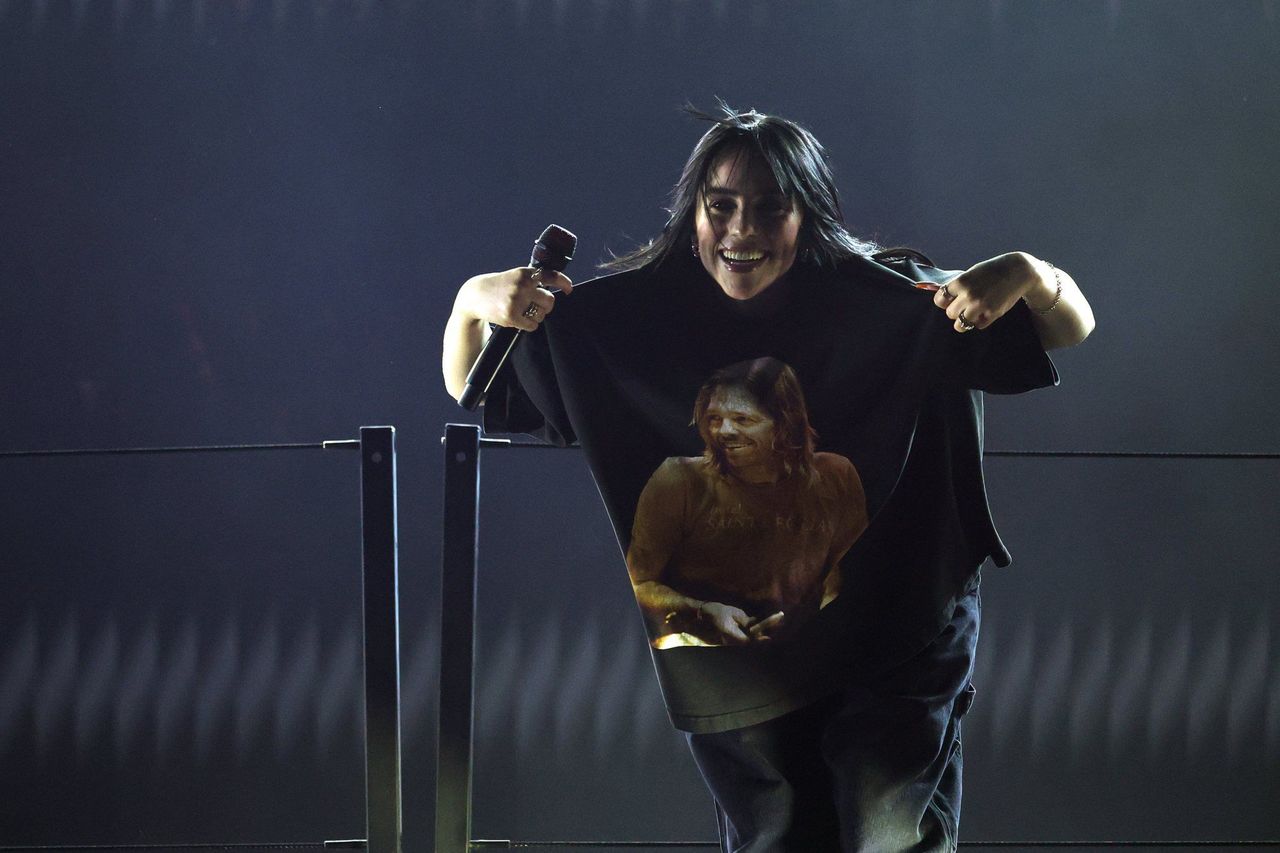 From the unapologetic snarl of Rodrigo’s Good 4 U to the expletive-laden lyrics of Eilish’s Happier Than Ever, Gen Z women are embracing anger and “expressions that previous generations might have found ugly or unladylike”, turning a genre like pop punk into an outlet, says Laura Goode, who lectures on feminist, gender and sexuality studies at Stanford University in the US.

“There’s a natural connection between that completely justifiable anger and listening to loads of music that express and illuminate that anger,” Goode says.

During her set at the British music festival Glastonbury in late June, Rodrigo dedicated an acidic cover of Lily Allen’s F*** You to the US Supreme Court in the wake of Roe v. Wade being overturned. Rodrigo said she was “devastated and terrified” after Americans lost their constitutional right to an abortion. 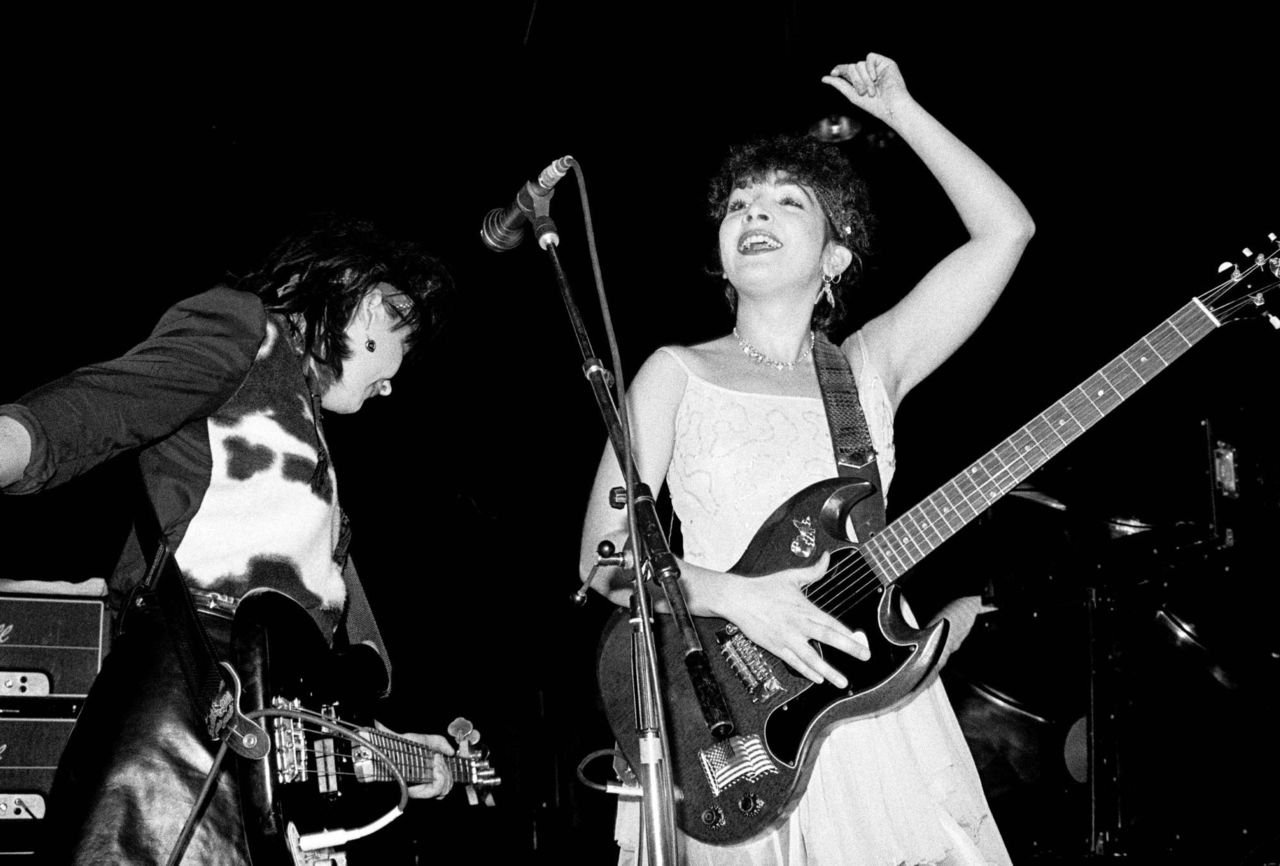 The Go-Go’s perform in 1982 in Copenhagen, Denmark.

Mimi Thi Nguyen, associate professor of gender and women’s studies at the University of Illinois Urbana-Champaign, says that while “there are a lot of different genres that lend themselves to rage and frustration and critique”, punk music is “an expressive musical genre that is made for being [angry] at what is happening around us”.

Skye Sweetnam, lead singer of the metal band Sumo Cyco, can attest to this confessional use of music. 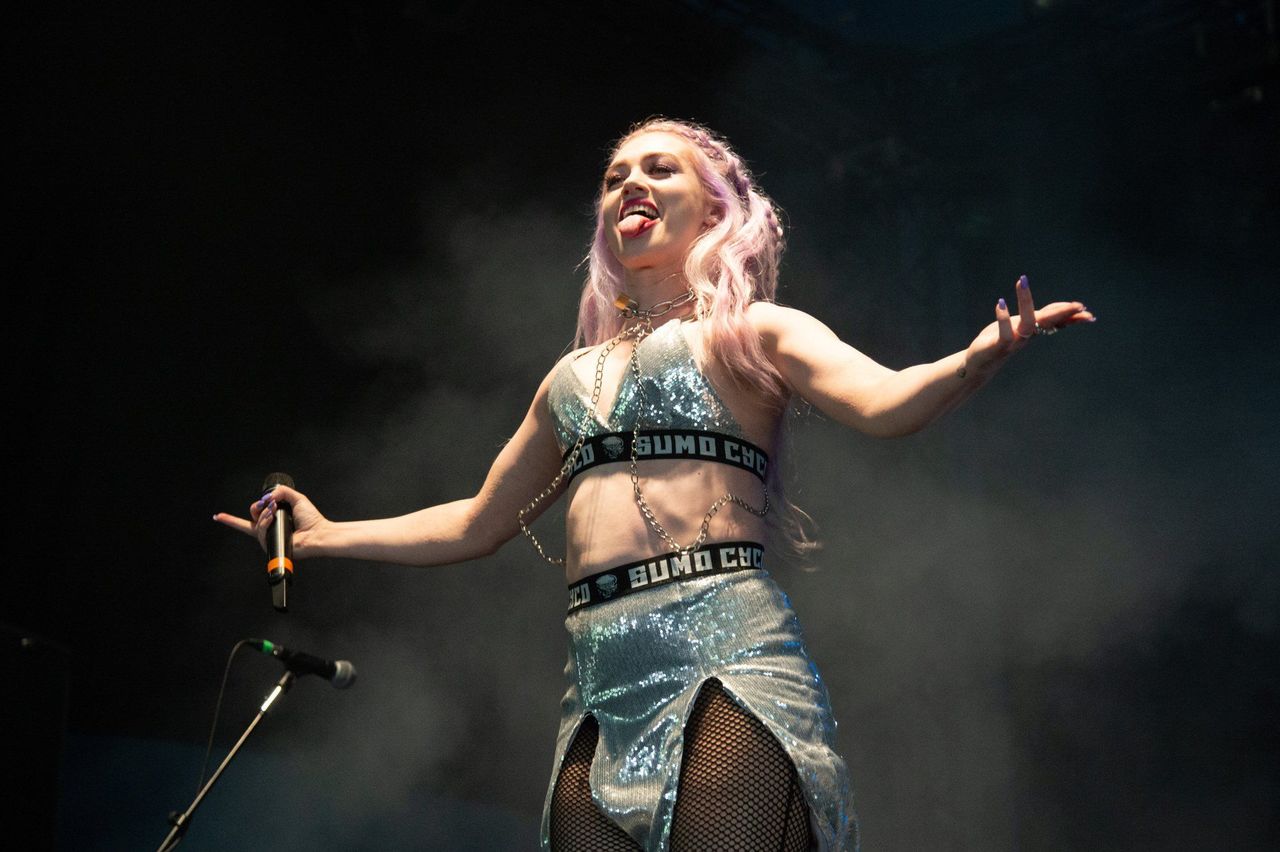 “Having a place like heavy music to channel all that kind of energy – your thoughts, your feelings – is a really positive way to do that,” she says.

Sweetnam, 34, got her musical start in the pop-punk scene of the early 2000s, releasing her debut album, Noise from the Basement, in 2004 and opening for Britney Spears on tour.

Pop punk’s unapologetic boldness also provides a vehicle for women to re-examine – and relieve themselves of – topical social issues shaping their experience.

“There are a lot of things happening socially and politically, and people just want to scream and growl and express themselves because this time in life and in America and on Earth is not easy,” Smith told Nylon in July 2021.

Lucy O’Brien, author of She Bop: The Definitive History of Women in Popular Music, says the freedom found in punk rock has historically given it a social dimension.

“Punk and feminism have always sat very comfortably with each other,” O’Brien says. “Some of the core ideas in punk and feminism mirror each other to a degree: that sense of following no rules and DIY creative expression to the fullest.” 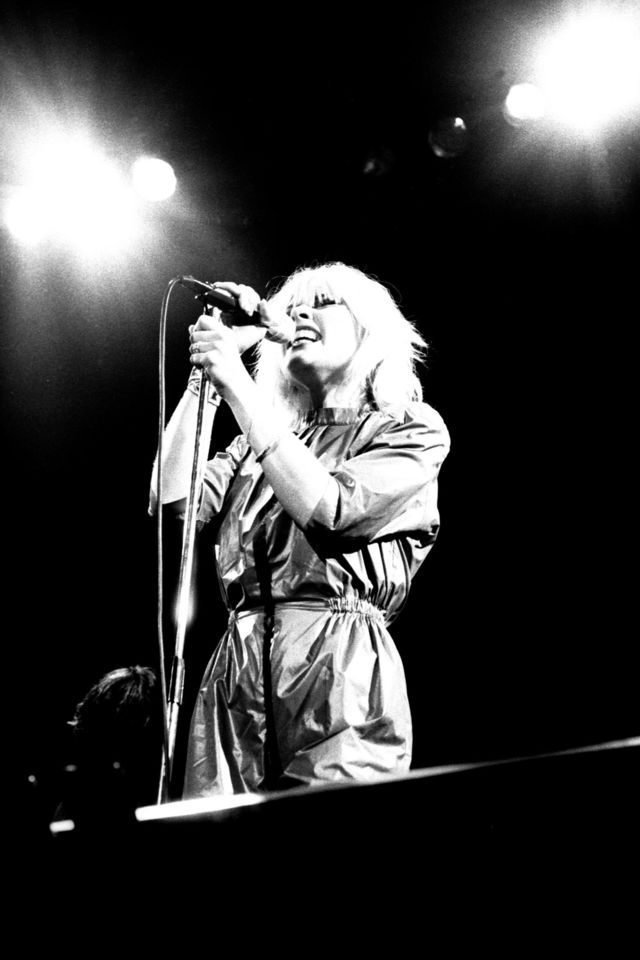 Debbie Harry of Blondie performing in 1980.

Helping fuel young women’s embrace of pop punk is the self-esteem crash and body image dysphoria triggered by social media. Rodrigo tackles the subject on her song Jealousy Jealousy, a biting ode to the “paperwhite teeth and perfect bodies” seen on image-centric apps like TikTok and Instagram.

Sweetnam says the unpolished nature of pop punk may resonate with women now as “[we come] out of an age where a lot of things have been the polished Instagram version of your life”.

Regardless of its genesis, this mainstream dominance of women in pop punk represents a notable inflection point, as it highlights the gendered lens through which artists have often been appraised.

“We still have questions about types or styles of music in connection with gender,” says Lori Gooding, associate professor of music therapy at Florida State University.

“That in and of itself still tells us what we are working toward as a culture, as a society, is a place where anyone can engage in any kind of music that wouldn’t be seen as different or unusual or inappropriate because of their gender.” 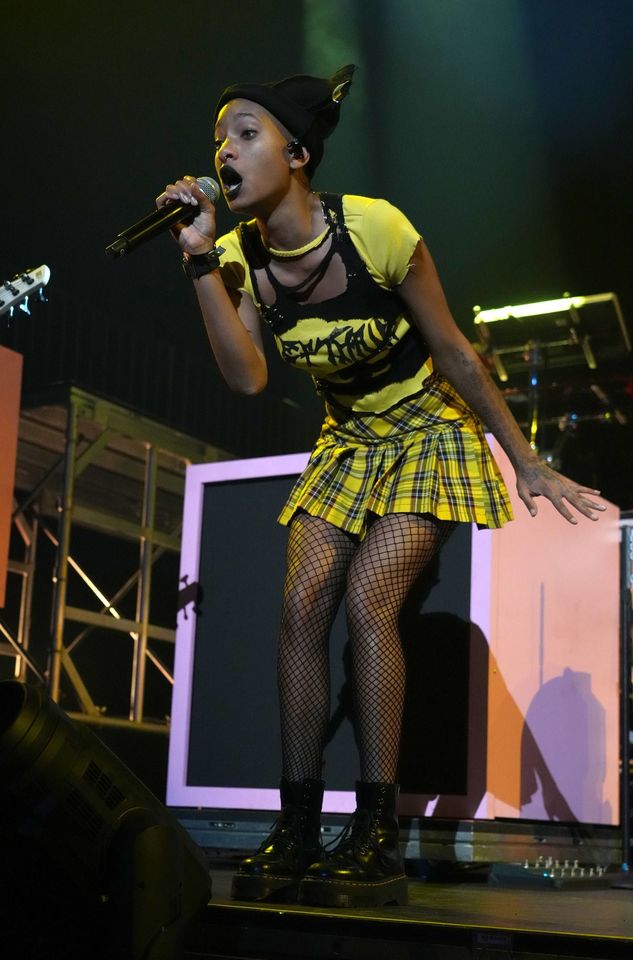 On a broader level, this feminine wave of pop-punk representation also speaks to women’s resilience in fighting through the noise to make their voices heard, no matter the genre or era. And the multiplatinum, viral success of artists like Rodrigo, Eilish and Smith indicate there’s an audience receptive to this self-empowered fury.

“Young women have been making angry music all along, whether or not anyone wanted to listen to it,” Nguyen says.

“There are a lot of things for young women to write angry music about. That has not stopped in a really long time, and it doesn’t look like it’s going to stop any time soon.”