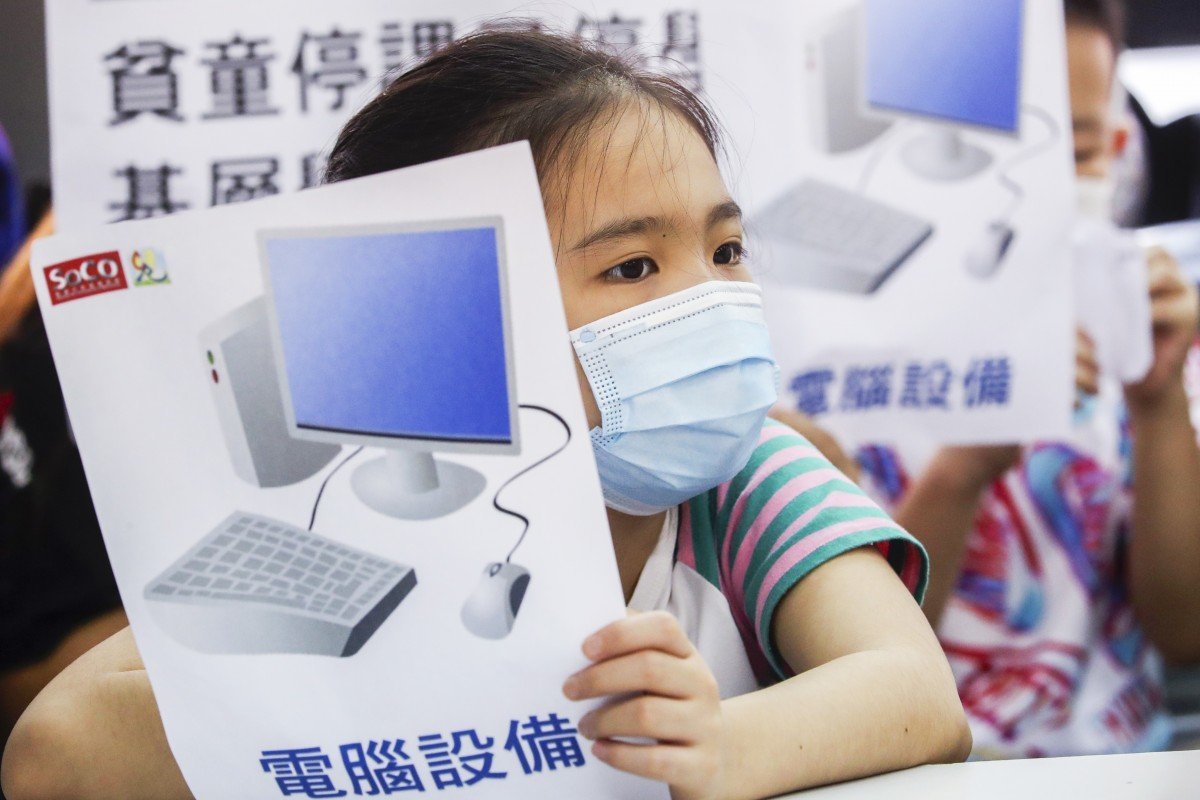 Education Bureau accused of failing to meet its responsibilities for underprivileged households.

Hong Kong officials must increase the internet subsidy and consider technology upgrades for low-income families to help children struggling to take online classes during the pandemic, according to a human rights advocacy group.

Accusing the Education Bureau of failing to meet its responsibilities, the Society for Community Organisation (SoCO) urged the government to look into equipping underprivileged households with computers or mobile data sim cards, so their children’s grades, emotional health and eyesight did not suffer further.

The call came after SoCO’s survey of 733 students from low-income families found 40 per cent did not have computers at home to take online classes.

They had instead been using their parents’ smartphones for schoolwork throughout the public health crisis, which has kept schools closed for most of the year.

“The pandemic has already led to many low-income residents losing their jobs and they have to go around looking for free meals or eat less,” said Sze Lai-shan, a SoCO community organiser. “Where are they going to get the money to pay for computers?”

According to a previous survey released by the society last Sunday, almost a third of the city’s low-income residents had lost their jobs between May and July, while more than half were underemployed. 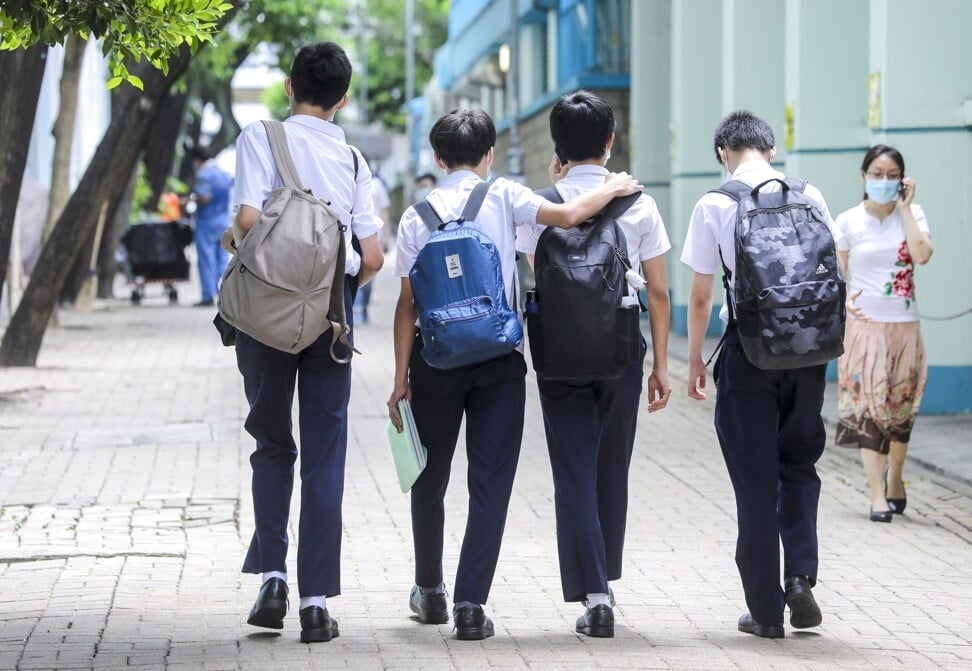 Pupils across Hong Kong have had vastly different experiences with online learning based on the hardware they have at home.

Schools were forced to close from early February as part of the effort to keep the Covid-19 virus at bay and had started reopening in phases from late May as the number of new cases decreased.

However, a resurgence of local infections in July prompted officials to ask schools to conduct online lessons until further notice.

For most local primary and secondary schools, the new academic year is scheduled to start on Tuesday.

But low-income children aged between three and 17 reported a host of difficulties arising from the move to online learning in the society’s latest survey, which was conducted between August 25 and 27.

More than 30 per cent said they had difficulties with slow or weak internet connections because of their reliance on mobile phones for logging on, while almost half said they could not find anyone to ask questions related to schoolwork.

Meanwhile, almost 90 per cent said their eyesight had deteriorated due to spending long hours in front of screens.

“I think I am only able to catch about 60 per cent of the content of my classes. The internet connection is often unstable so the pictures and words on the screen are not clear,” said 12-year-old Elise, who has been taking her classes with a smartphone.

Another student, Sunny Cheung, 11, said her internet connection was so weak she would get cut off from the classes completely, unable to rejoin.

“The connection is so slow it takes up to two hours to finish just one page of homework, so I spend an entire day just finishing my schoolwork,” Cheung said. 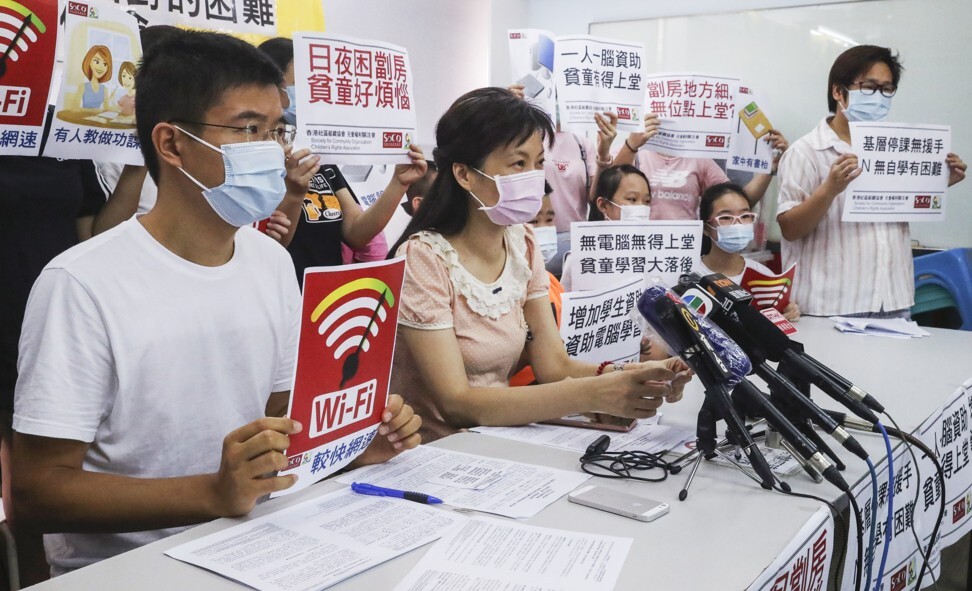 The Society for Community Organisation held a press conference on Sunday highlighting the struggles of poorer pupils without access to computers or a reliable internet connection.

She added her grades had suffered, dropping to an average of 70 marks, from 90 previously.

Parents are also suffering more stress from their children staying at home. The society’s survey found 27 per cent of parents had been forced to stop working to take care of their offspring, while 81 per cent said they were feeling more short-tempered with their kids.

Community organiser Wong Chi-yuen said low-income families also did not have enough devices to allow all their children to take their classes at the same time.

A mother of three, who only wished to be known as Li, said she sometimes had to sacrifice her four-year-old’s classes so her eldest son, 10, could take his because the family only had one smartphone.

“The school did send out a notice saying they would help us buy an iPad or a computer, but we still had to pay around HK$2,000,” she said.

Community organiser Sze said the Education Bureau had “failed its responsibility” to the city’s low-income residents. “It is already almost September and there are still students who have no computers to take their classes,” she said.

Sze also said the government needed to review an internet fee subsidy provided to low-income families, which at the moment only covered costs up to HK$125 per month.

She said that sum was not enough as low-income families often lived in old buildings which often charged more to install Wi-fi, bringing the monthly bills to more than HK$200.

She suggested the government could provide mobile data sim cards to students, while those living in old flats should also get portable Wi-fi devices for better connection.

Wong, on the other hand, urged the Education Bureau to work towards buying computers for needy students. “The relief measures from the government only considers employment or how to make more masks, but rarely considers the problem from an education angle,” he said.

The bureau said it had sent two letters to all public schools notifying them of available subsidies to help students buy the necessary equipment, and as of the end of August, 500 schools had taken part. The government had also increased the cap on internet fee subsidies to HK$1,600 a year, and had no plans to adjust this limit as of now.