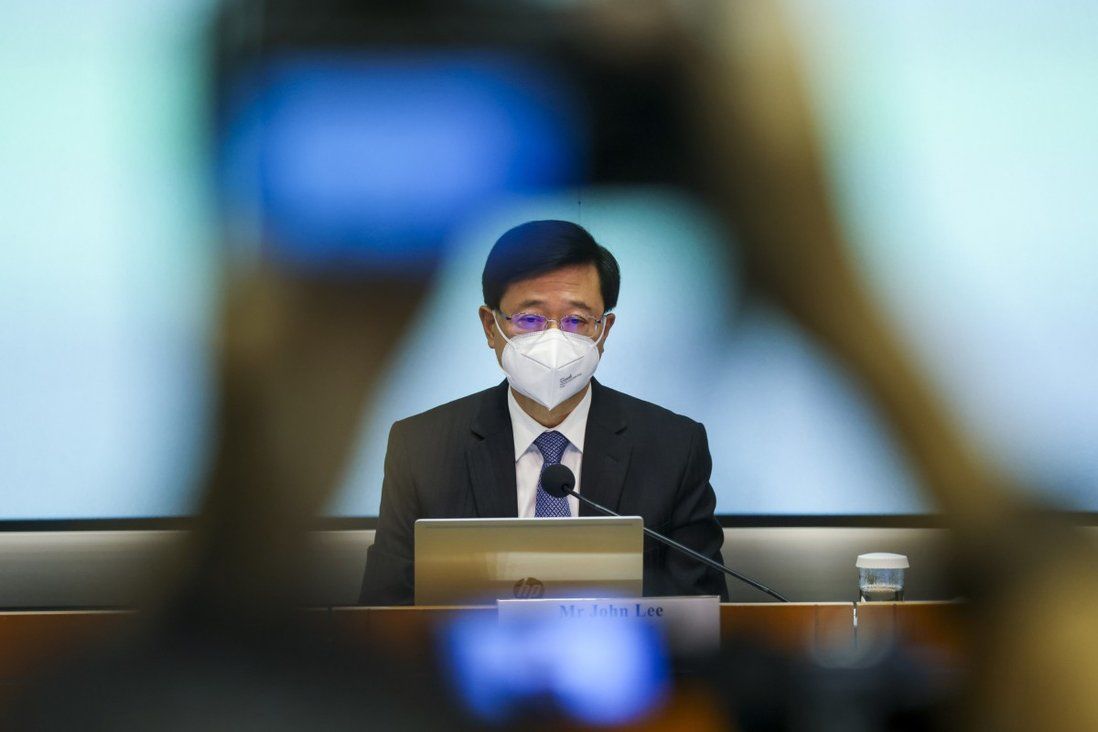 The content and tone of communications from Hong Kong officials have become vaguer yet more strident in recent years. The use of poorly defined terms and slogan-like phrases is muddling the government’s messaging and eroding its standing with the public.

In the wake of US Speaker Nancy Pelosi’s visit to Taiwan, the Hong Kong government issued separate press releases from the chief executive, chief secretary, secretary for justice and financial secretary. The Security Bureau threw in another for good measure.

All these unsurprisingly expressed outrage at the visit. That the Hong Kong government waded into the fracas at all was notable – Hong Kong officials have no responsibility for foreign affairs under the Basic Law. In this case though, as a sovereignty issue, they clearly felt the need to comment, en masse.

Such a shrill, rhetorical piling-on by senior Hong Kong representatives is unremarkable these days. It was not always so. There has been a marked shift in the content and tone of communications emanating from the Hong Kong government.

Signs of this shift are not hard to detect. Vague, poorly defined terms and slogan-like phrases are replacing what used to be more concrete and specific communications.

The true meaning and objectives of some government communications, and even the intended audience, are becoming harder to divine. Combative overtones can be detected in communications that seek to deny and deflect rather than deal directly with the issues at hand.

This shift appears to be continuing even though the administration of Chief Executive John Lee Ka-chiu seems interested in rebuilding public trust. Clearer, more transparent messaging from the government would go a long way towards that goal. The current slide towards propaganda seems more likely to corrode it.

George Orwell, author of the dystopian novel 1984, was a cynical observer of political propaganda and communication. He likened disingenuous government messaging to “a cuttlefish spurting out ink”.

By this analogy, the Hong Kong government seems to have been spurting out a lot of ink lately. A recent example that is unlikely to inspire public trust is the Education Bureau’s August 2 web posting to advance a “correct and accurate understanding” that Hong Kong was never actually a British colony.

It is doubtful that many thinking adults in Hong Kong buy such fiction. It is not their lived experience. Also, the logic used by the government to justify the position is tortuous. Such historical denialism does not build confidence in government messaging.

Messaging around aspects of Hong Kong’s 2019 unrest could also be improved to help regain the public’s trust. The narrative advanced and often repeated by senior government officials is that “external forces” were a meaningful contributor to the 2019 protests. The term “external forces”, though dramatic, is inherently vague. It raises more questions than it answers.

Trust in this narrative would significantly improve if the government could be clearer as to what it means by “external forces”. Some transparent examples or evidence would enhance public understanding.

The topic of press freedom is another area that has been inadequately addressed in government communications. Surveys have found that freedom of the press is being eroded in Hong Kong.

A study earlier this year showed trust in public broadcaster RTHK was at 53 per cent, down 10 percentage points from 2020. A group of Chinese University academics described Hong Kong press freedom as being under “unprecedented strain”. Meanwhile, Hong Kong fell from 80th to 148th in the 2022 RSF Press Freedom Index.

Yet, the standard response to such negative publicity is strident repetition by officials that “the HKSAR government is firmly committed to protecting and respecting the freedom of the press”.

These uncomfortable data points should not be dismissed with the repetition of pat phrases that lack credibility. The government could start by acknowledging that credible evidence exists to support the assertion that press freedom has suffered.

Under “one country, two systems”, the government of Hong Kong has the right, and even the obligation, to be different from the mainland. It is within the purview of Hong Kong’s government to ensure that communication with constituents remains distinct in tone and content. What they say, and how they say it, matters. The trust of the people is at stake.