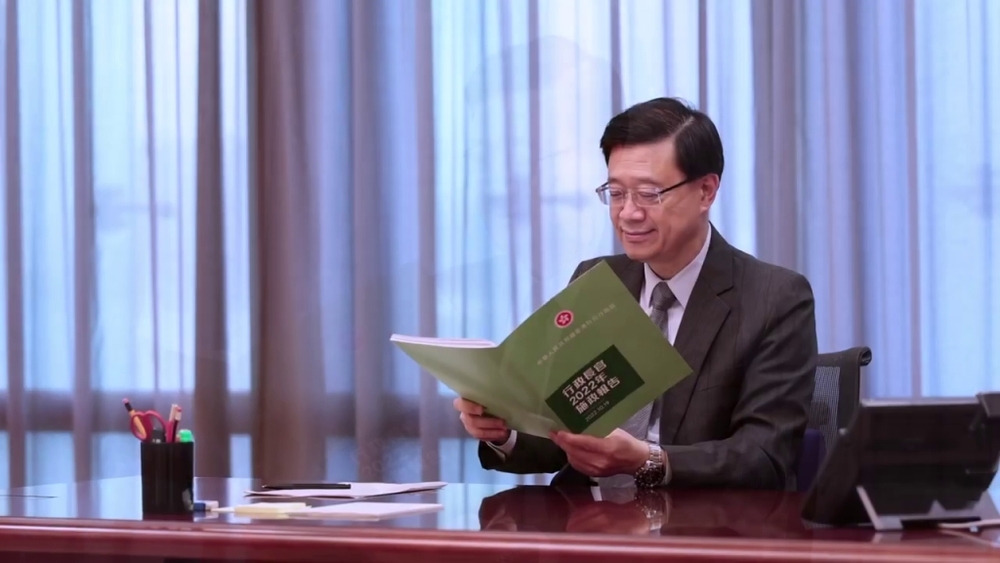 The 2022 Policy Address, which is scheduled to be delivered on Wednesday, is about to boost citizens' confidence in Hong Kong, said Chief Executive John Lee Ka-chiu.
On his Facebook page, John Lee posted a picture of him reading the to-be-released Police Address report and claimed the green cover of the new address represents hope, vitality, and stability.

"It will bring a promising future to citizens," he said.

Earlier in a post touting the launch of China's 20th National Communist Congress, Lee mentioned he would bring more measures and policies focusing on the economy and public welfare in his maiden Policy Address.

He also promised to boost Hong Kong's competitiveness, such as promoting the city's brain gain and improving the land and housing supply issue.
#Facebook
Add Comment