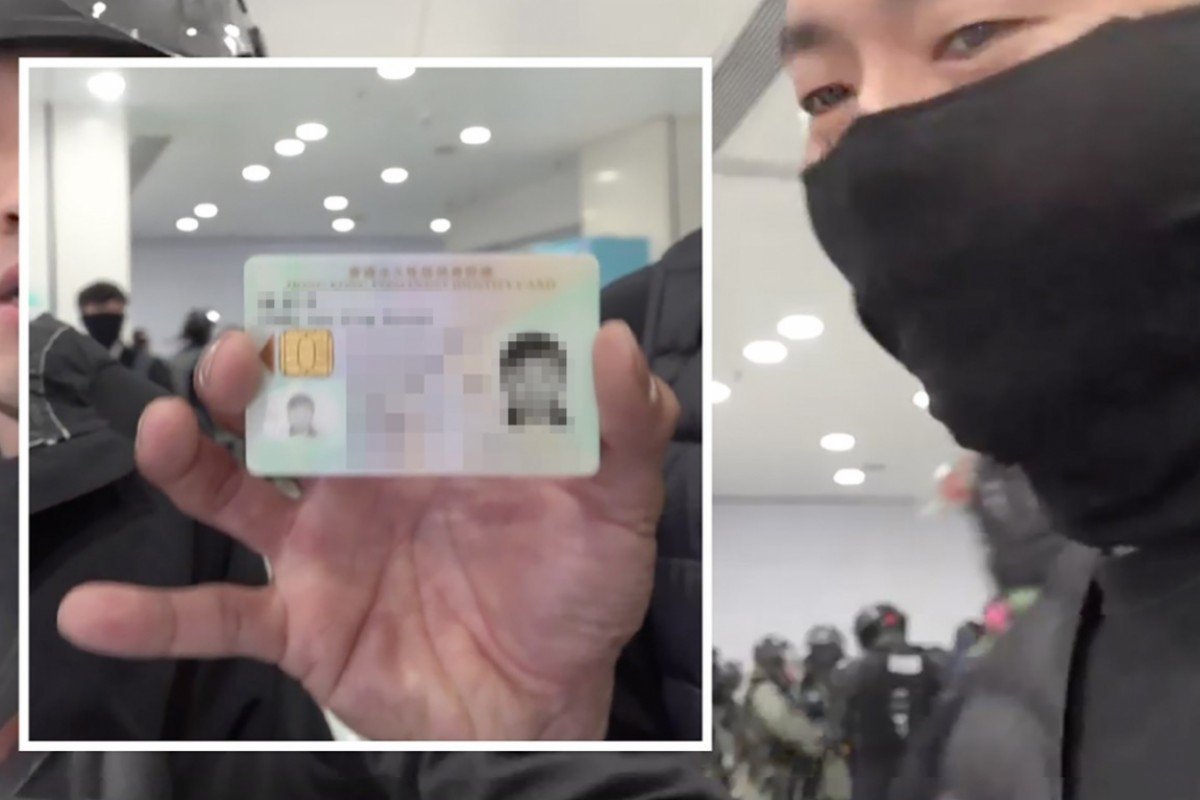 Officer showed the reporter’s Hong Kong ID card to camera during an altercation at a Tai Po mall. Ronson Chan of Stand News plans to complain to the force and the privacy commissioner

Two journalists’ groups have condemned Hong Kong police for showing a reporter’s identification card in front of a live-streaming camera during a protest on Thursday.

Stand News journalist Ronson Chan, whose ID card was shown to close to 10,000 online viewers for about 40 seconds, plans to file complaints with the police and the city’s privacy watchdog.

The groups said in the statement a police officer had deliberately shown the reporter’s ID card on camera during an operation on Thursday.

“To make the reporter’s personal information public … is no different from doxxing,” they said.

The incident happened on Thursday afternoon inside a shopping mall in Tai Po, which police had entered to clear a group of black-clad protesters.

Chan, who was live-streaming the operation with a camera, asked if some masked men armed with batons were policemen.

“These officers wore no warrant cards and you cannot tell who they are,” Chan was heard saying in a video published by Stand News.

One of the masked men then responded, saying: “There is no identification, so I’m not police.”

Chan was then taken aside by other officers and asked to present his press cards and Hong Kong ID card.

During the check, another masked officer held Chan’s ID card in front of his camera, which was still live-streaming. Chan’s name, ID card number and date of birth were visible.

Chan said the officer could have violated the city’s privacy laws, but the officer blamed the reporter for keeping the camera rolling.

Speaking after the incident, Chan alleged that it was the officer in question who told him to film the inspection.

“After I pointed the camera toward him, he placed my ID card front and centre before the camera,” Chan said.

The reporter, who is an executive committee member at the HKJA, said he planned to make formal reports to the Complaints Against Police Office and the Office of the Privacy Commissioner for Personal Data (PCPD).

Stand News editor-in-chief Chung Pui-keun said the outlet would help Chan make the complaints and that the police would be asked to provide the name and identification number of the officer in question.

“On the face of it, there’s no need for the officer to display the HKID in front of the camera for that period,” he said.

In a reply to the media, the force said it respects freedom of the press, but did not touch on the details of Chan’s case.
“The police must urge reporters to consider their personal safety when reporting,” it said.

The PCPD had not replied to the South China Morning Post‘s request for comment as of midnight.

In the past, the HKJA has accused police of harassing and physically attacking reporters doing their job. Police in turn have accused people in press vests of obstruction during anti-riot operations and siding with protesters.