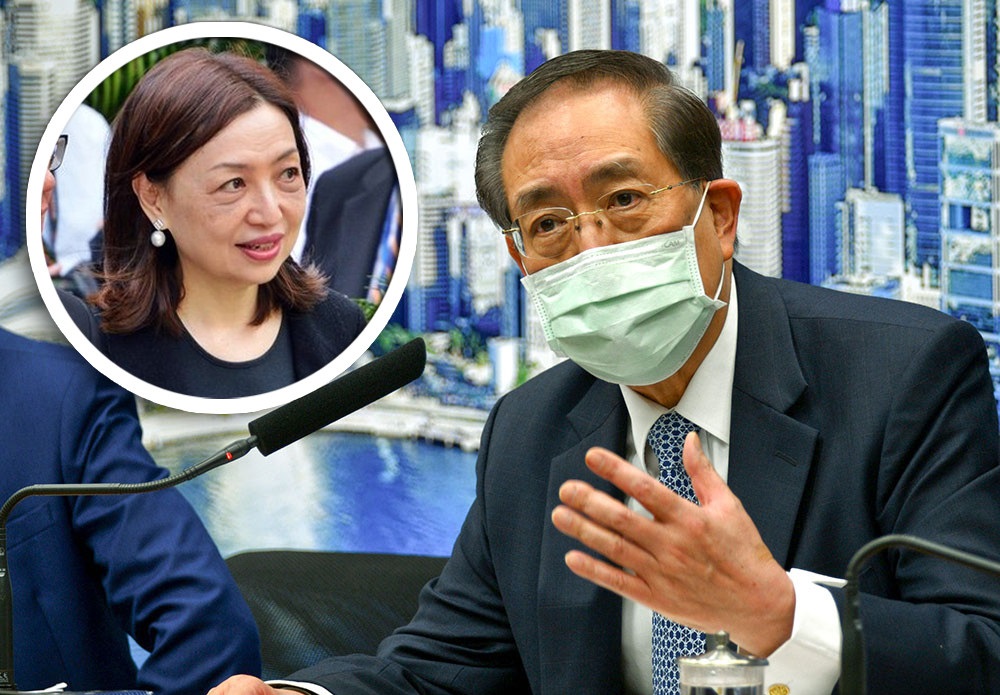 Police watchdog chief Priscilla Wong Pui-sze is expected to replace Arthur Li Kwok-cheung as the new head of the University of Hong Kong's governing council, sources said.
Wong, 61, currently a member of the HKU's governing council, is a practicing barrister. She is also the wife of pro-Beijing heavyweight Martin Liao Cheung-kong, who is running for re-election in the Legislative Council election in December for the commercial (second) sector against Yip Wing-shing.

Wong succeeded Anthony Francis Neoh in May and became the chairwoman of Independent Police Complaints Council.

She was awarded the Silver Bauhinia Star earlier this year in recognition of her distinguished and dedicated community services over the years, in particular her profound contributions to improving the rights and interests of employees.

She is also a member of the Shanghai arm of the nation’s top political advisory body.

Wong has extensive experience in public services, as she also serves the head of the Minimum Wage Commission and a number of various committees. Furthermore, she is a member of the Hospital Authority Board and serves as a panel convenor at the Financial Reporting Review Panel.

Li has been serving as HKU governing council's chairman for six years. He was first appointed as council chairman in 2016 by then Chief Executive Leung Chun-ying.

During his term, the university recruited the current president and vice chancellor Zhang Xiang to take over Peter Mathieson.

The university is also going to set up a campus in the Greater Bay Area, in a bid to attract more students and professional talents.

But there was turmoil between Li and the university's student union leaders which resulted in the student union being scrapped after they mourned the death of a man who stabbed a police officer and killed himself on July 1 this year.

Li said the students’ motion to mourn the man was “immoral” and “unacceptable,” adding that he would consider kicking the student union members out of the university.

A student in nursing school said Wong might not be a good fit to be the head of the governing council.

“In terms of academic achievement, Arthur Li seems more capable,” she said, adding that it might be better to find someone who has an educational background.

While noting that Wong is a member of the council, the student said the chairman supposedly has other responsibilities like representing the university and holding more power in administration of the university, so one must know well how a university operates and run to take up the post.

HKU has recently experienced a number of staff movements where the dean of medicine Gabriel Matthew Leung, said on Sunday he will leave the HKU by the end of this academic year to become executive director of charities and community at Hong Kong Jockey Club.

Last month, the university announced that Zhang will serve another five-year term as the university's president and vice chancellor to 2028.
Add Comment