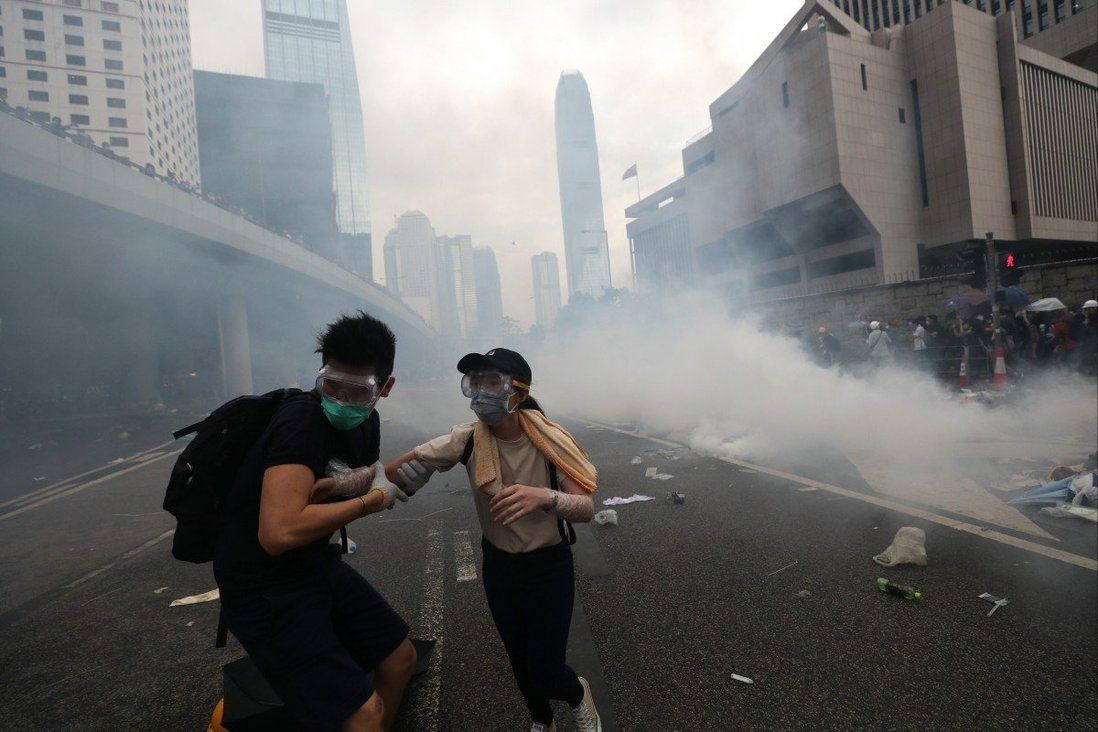 Online appeals call for people to gather in Causeway Bay and Mong Kok on Saturday, with weekend marking second anniversary of clash between police and protesters at Legislative Council complex.

Hong Kong police are planning to deploy more than 2,000 officers around the city, with most in the two busiest shopping districts, after activists appealed online for people to join “gatherings” to commemorate the second anniversary of the 2019 anti-government protests, force insiders said.

One source said about 1,000 officers would be placed on Hong Kong Island as authorities brace for potential trouble around Causeway Bay, with online posts calling on people to take to the streets at 7pm on Saturday.

“When we are on the same street, we all naturally know what to do,” one Instagram post said. Along with the post was a picture of crowds of protesters jamming the streets, with some holding a banner that read, “Reclaim Hong Kong”.

Another Instagram post featured a drawing of a group of black-clad protesters, with some wearing Guy Fawkes masks, or holding a shield, black flag, or a bow and arrow. On the picture was the message: “June 12, 7pm, Causeway Bay. Hong Kong people. Gather again. Be water.” 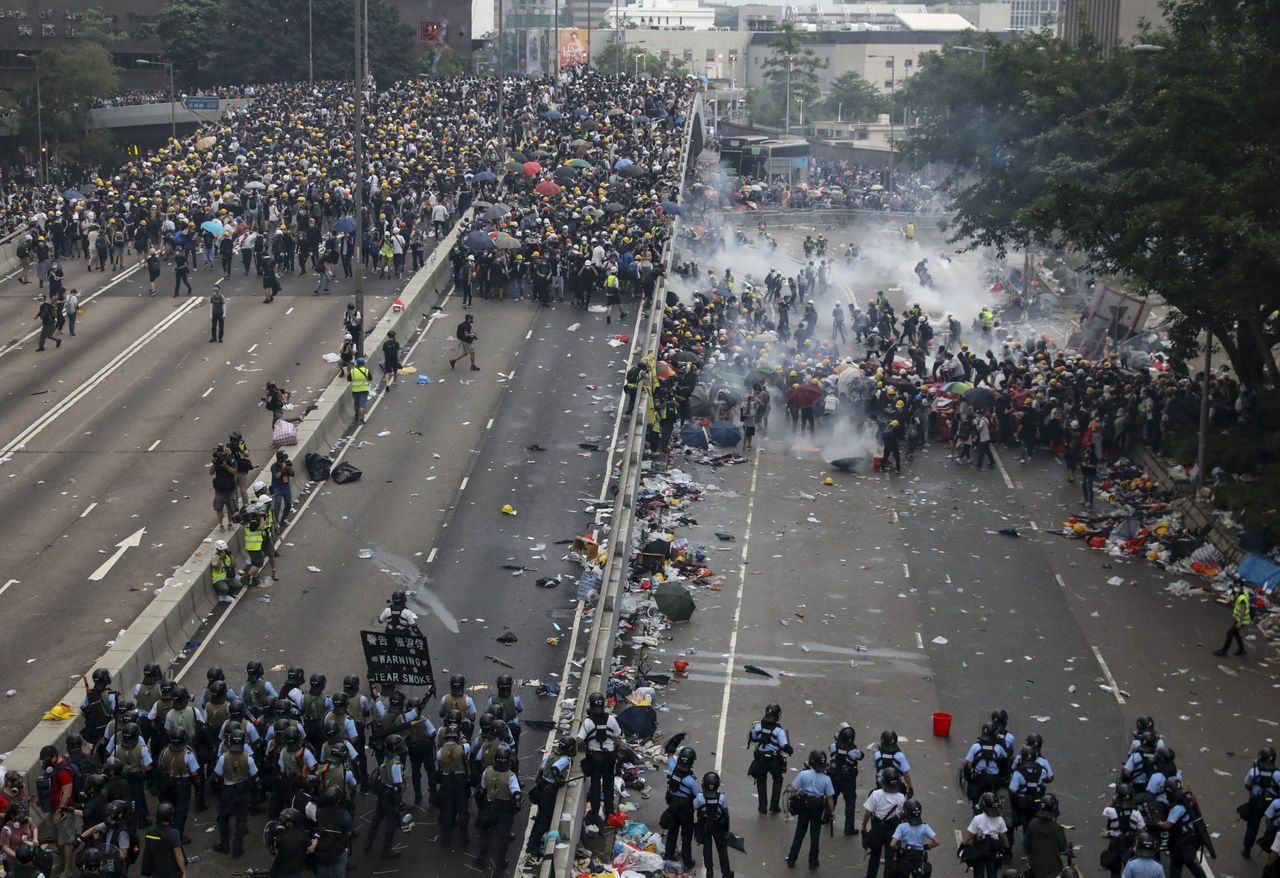 On the Kowloon side, a group called Student Politicism posted a message on Telegram asking people to gather in Mong Kok at 7pm. It also asked participants to “be well equipped to deal with any violence” and “plan the retreat routes ahead”.

Even though police were still finalising the plans, the source said up to 1,000 officers would be expected to be deployed for any potential chaos in Mong Kok and other districts in the Kowloon West region on Saturday.

He also said officers would carry out high-profile patrols to stop people from gathering and enforce social-distancing
rules.

“Anti-riot equipment such as shields, gas masks and shotguns used to fire tear gas rounds are ready to be delivered to frontline officers in case of any chaos,” he said.

Rallies will be held by Hongkongers overseas and their supporters in at least 48 cities to show their support for protesters at home, according to HKBeWater2021, an online campaign initiated by fugitive activist Finn Lau.

“We call upon Hongkongers around the world to participate in the campaign so as to sustain the spirit of Hong Kong with local engagement,” Lau wrote in a Facebook post. “We also encourage those in Hong Kong to be attentive to any local events … We must strive to support each other in our fight for freedom and democracy.”

The huge demonstration on June 12 two years ago – the date the now-shelved fugitive bill was scheduled for the second reading at the Legislative Council – saw violent clashes between protesters and police outside the Legco complex in Admiralty. 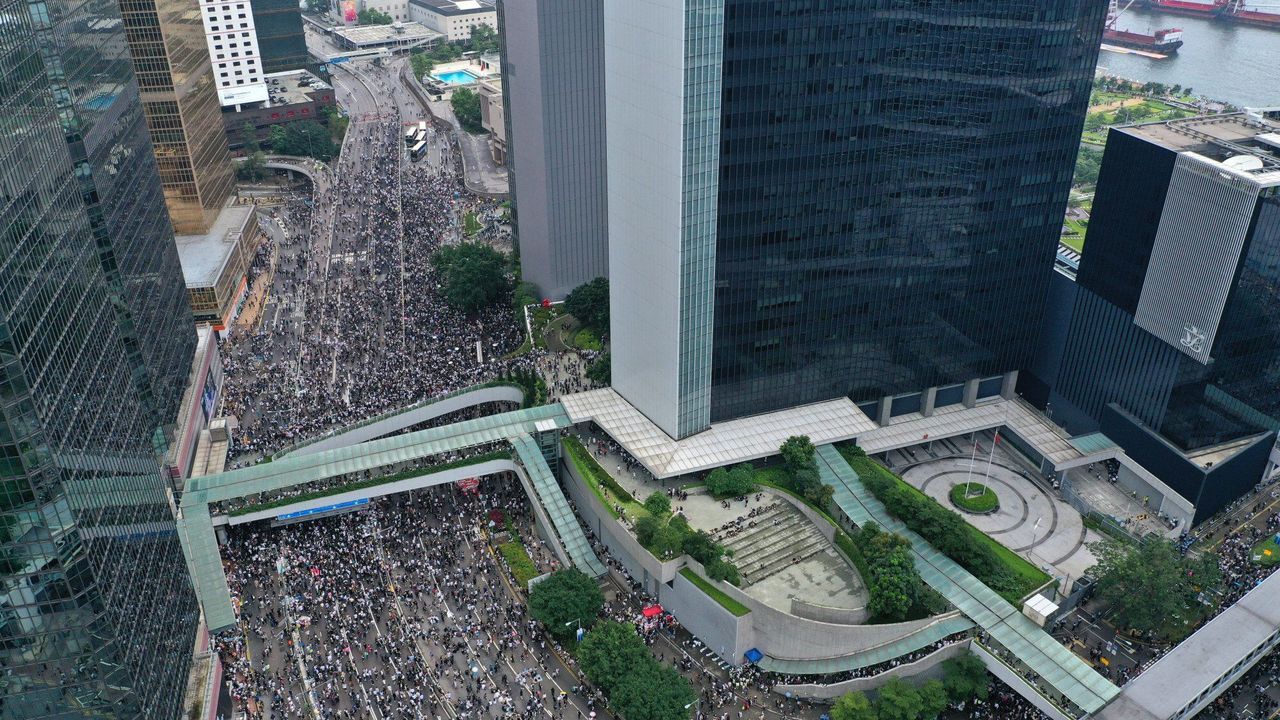 Some rioters stormed the complex, others hurled bricks and iron rods at police, who in response initially defended themselves with batons and pepper spray but eventually resorted to firing tear gas and rubber bullets to disperse protesters. The turmoil continued until midnight.

Protesters and the opposition camp accused officers of using excessive force, and said the protests would have been peaceful but for the actions of police.

Hong Kong has been relatively peaceful and social order has gradually been restored after Beijing imposed a sweeping national security law last June. Critics say the law is to crackdown on dissidents, and many pro-democracy activists have since been jailed or have fled the city.

Signs of unrest re-emerged last week as people defied a police ban on the June 4 vigil in Causeway Bay and gathered around Victoria Park to commemorate the 32nd anniversary of the 1989 Tiananmen Square crackdown. In Mong Kok, some 200 people flashed their mobile devices or held mini torches or candles during a gathering in Mong Kok.

Police reportedly mobilised 7,000 officers that day, and at least six people were arrested.

Chiu Yan-loy, a member of the June 4 vigil organisers and also a district councillor of the opposition Labour Party, said they did not have any plan for Saturday.

“It is not to say we should forget the 2019 movement. There can be different ways to commemorate it,” Chiu said.

The Confederation of Trade Unions plans to have street booths in Tsuen Wan on Sunday as part of a series to mark the second anniversary of the anti-government protests.