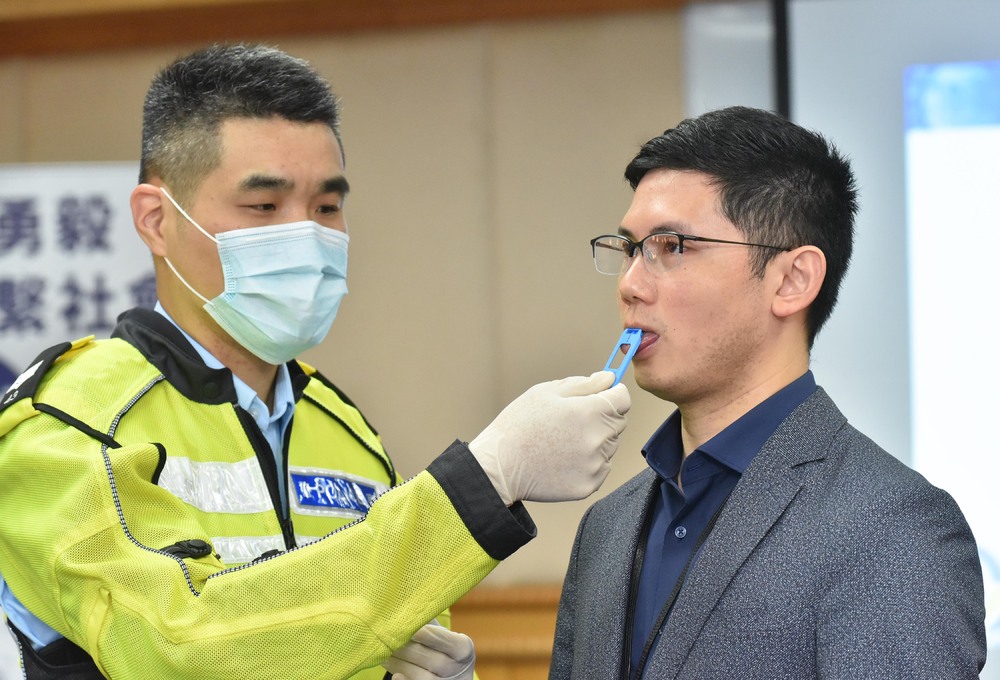 Motorists who are suspected of drug driving will be asked by police to take a rapid oral fluid test that can detect the usage of six common drugs on-site starting today.
The rapid oral fluid test - "DrugWipe 6S" - takes eight to 10 minutes to determine the presence of heroin, ketamine, ecstasy, cannabis, cocaine and methamphetamine through the driver's saliva samples. The test can detect whether the driver has taken the illicit drugs in the past two to three days with more than 80 percent accuracy.

Officers from the traffic branch have taken part in a one-day workshop to familiarize themselves with the tests since last year, police said yesterday.

During the test, officers will extract a small amount of oral fluid with a stick-shaped device by gently scraping the driver's tongue two to three times. There are six boxes on the device and a red line will appear in the box corresponding to the drug the driver took.

Those who fail the test will be required to provide blood or urine samples for laboratory testing.

The German-made test devices are being used in Belgium, Australia, the United Kingdom and Macau and cost HK$380 each.

Wilson Ng Hoi-wai, acting senior superintendent of the traffic branch, said the new drug tests can improve enforcement efficacy by saving time: "The traditional method will take up an officer for about half an hour, but the new device takes a maximum of eight to 10 minutes, so that saves a lot of time."

Ng added that the new tests enhance objectivity as traditional methods may depend on officers' subjective judgment: "By using an objective device, it is basically non-objectionable."

Police said they would not abandon the current testing methods for suspected drug drivers and that drivers cannot choose which type of test they will take.

However, the police pointed out that the device has a limitation, as the red line indicating a positive result only lasts for around 10 minutes. They said officers will need to take a picture of the results for record and as evidence in future legal proceedings.

Last year, the police recorded 18 drug driving cases, a significant increase compared to eight cases in 2019 and only six in 2018. However, the force noted that the number is still relatively low.

Under the Road Traffic Ordinance, driving under the influence of drugs or refusing to perform a rapid oral fluid test is a criminal offense. Offenders will be liable to a maximum fine of HK$25,000, three years' imprisonment and disqualification from driving upon conviction.
Add Comment