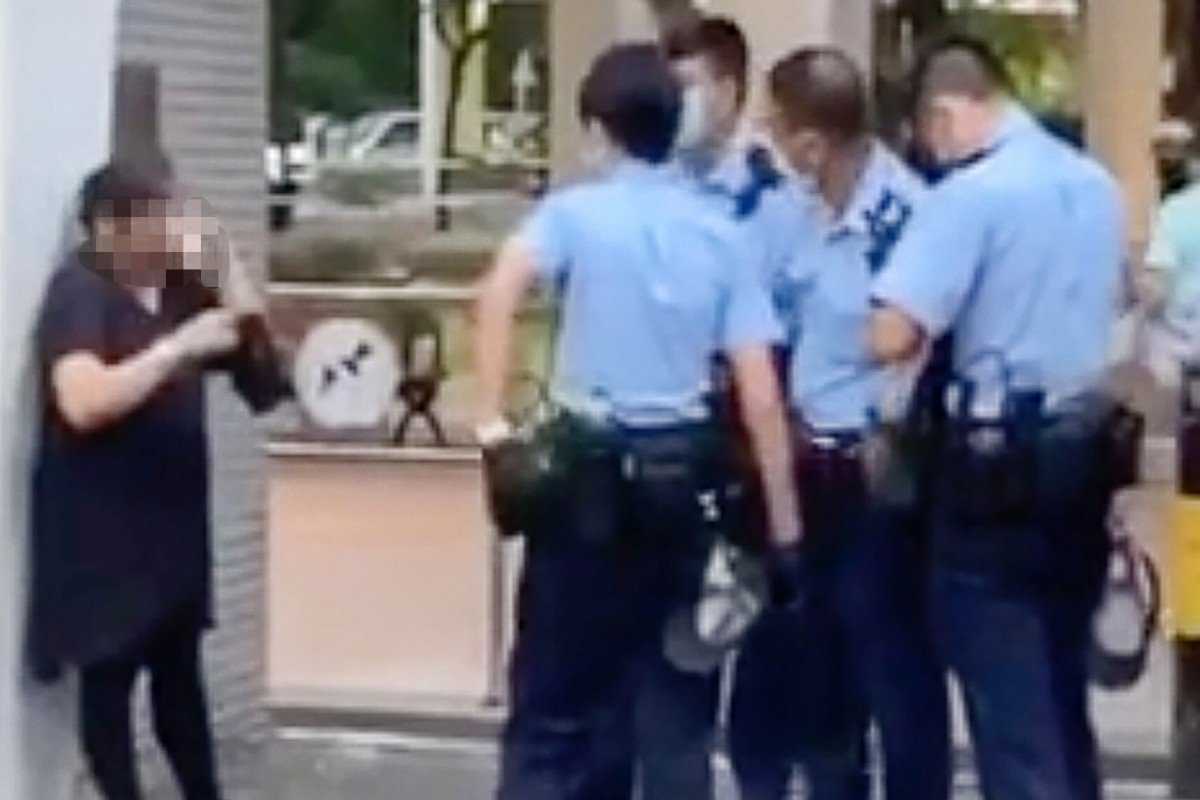 Coronavirus: police use pepper spray to subdue Hong Kong woman who refused to wear a mask in supermarket and attacked officers

The 55-year-old woman was arrested for failing to wear a mask, obstructing police in the execution of duty, and failing to produce an identification document.

Officers were called to a supermarket in Chi Cheong Road, Sheung Shui, shortly before 6.30pm on Tuesday when the woman had a dispute with the workers at the market.

After officers arrived, she failed to comply with police instructions to put on a mask and produce an identity card.

“She then became emotional and attacked a policeman,” a spokesman for the force said.

“After she ignored our repeated warnings, police used pepper spray to subdue her.”

A policeman was injured in the incident and was taken to North District Hospital for treatment.

As of Wednesday morning, the woman was still being held for questioning and had not been charged. Detectives from the Tai Po criminal investigation unit are investigating the matter.

In Hong Kong, the use of masks has been made mandatory at all indoor public places to combat the spread of the coronavirus. The government has also stepped up measures to extend the compulsory mask-wearing rule to include all public venues from Wednesday.