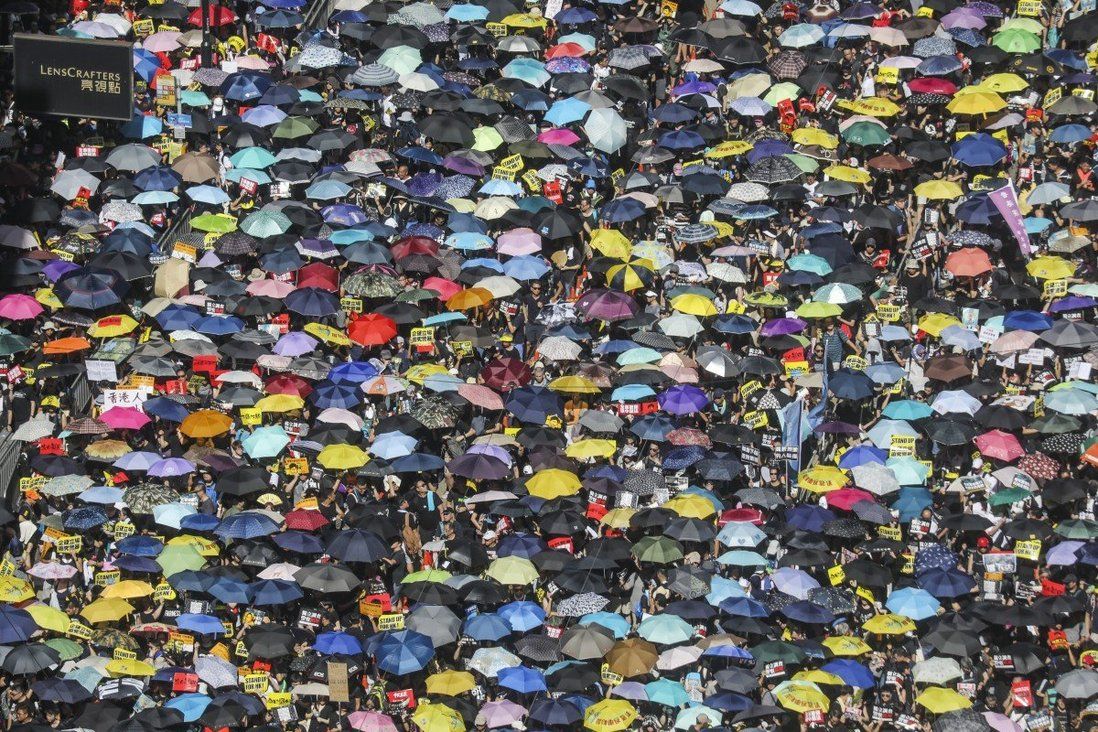 The Civil Human Rights Front had been given two weeks to respond to demands for information on its activities and bank accounts, and police chief Chris Tang says force is seeking legal advice on further action.

Hong Kong police were seeking legal advice on their next steps against a prominent opposition group, the city’s top officer said on Tuesday, after the Civil Human Rights Front failed to cooperate with an investigation into its activities.

Commissioner of Police Chris Tang Ping-keung made his comments after Chief Executive Carrie Lam Cheng Yuet-ngor said authorities would act in accordance with the law when it came to the matters related to the front, the Apple Daily newspaper, and the annual June 4 vigil.

The group’s convenor, Figo Chan Ho-wun, said last week it would not answer questions from police about its finances, operations and legal basis, which lawyers said would make an outright ban more likely.

Asked about the investigation, Tang said it appeared the group had “failed to provide the requested information”.

“We are now discussing with the Department of Justice regarding the way forward, which may include enforcement actions,” he said. 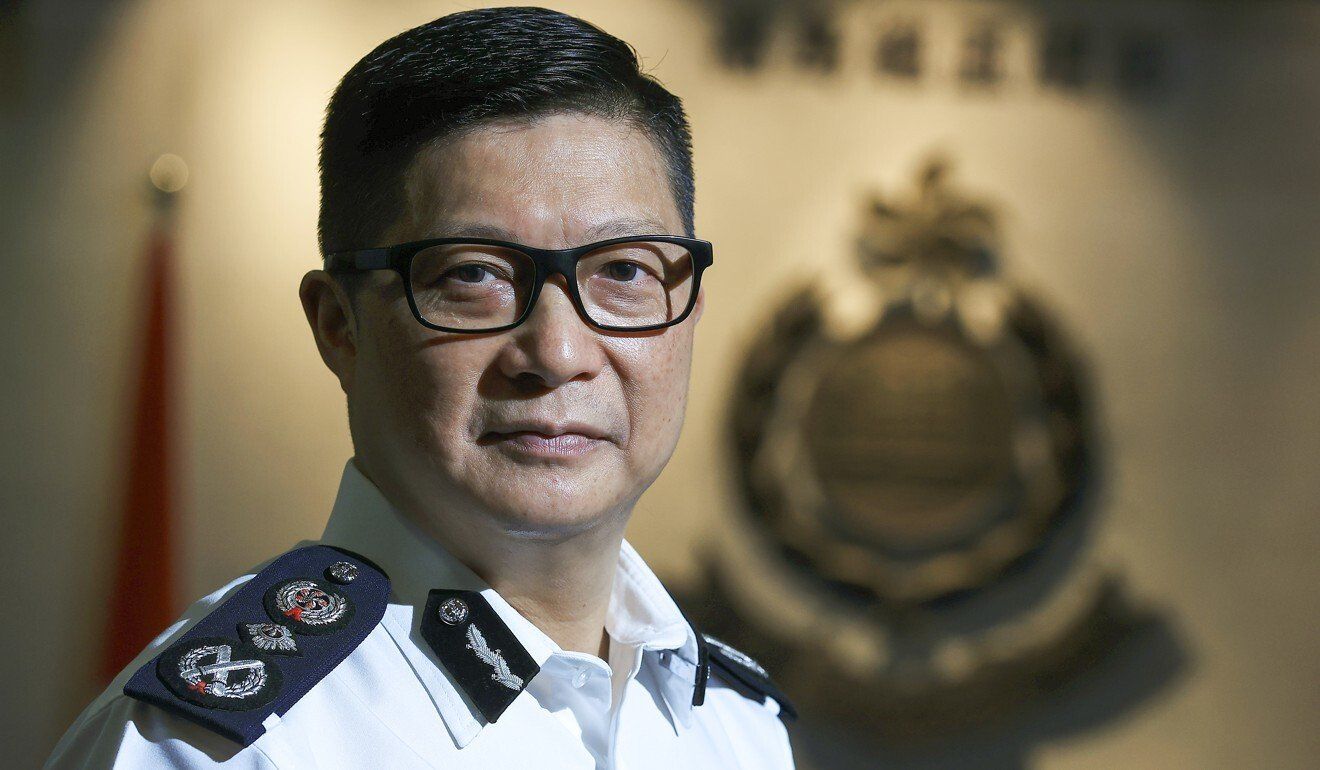 The group’s future has been hanging in the balance since police told the organisation last month it was subject to an investigation into its finances, and that it had failed to register with the government under the Societies Ordinance. Police gave the front two weeks to provide information on its funding, expenses and related bank accounts.

Formed in 2002, the front was the driving force behind the following year’s July 1 march which drew hundreds of thousands of Hongkongers to protest against a national security bill that was later shelved. It was also behind several massive anti-government demonstrations in 2019.

Separately, Tang confirmed the force had received an application for approval to hold the annual candlelight vigil at Victoria Park in Causeway Bay to mark the anniversary of the Tiananmen Square crackdown in Beijing on June 4, 1989. He said police would check with the Public Order Ordinance and ever-changing coronavirus regulations before making a decision.

Asked if chanting common slogans such as “ending the one-party dictatorship” at the vigil would breach the national security law, Tang said that would depend on the actual environment, the motive behind the behaviour, and any public reaction it caused.

Tang also said he was not targeting any particular news outlet when he accused the media of spreading misinformation, and said officers would enforce the law no matter who broke it.

“If you know in your heart that you have violated the law, the only thing you can do is to wait at home for us to arrest you, otherwise you should feel carefree,” Tang said.

But the police chief did reference an Apple Daily story, which was later withdrawn, that wrongly said Daniel Kaluuya, best supporting actor winner at this year’s Oscars, had mentioned his support for Hong Kong protesters during his acceptance speech.

In mentioning the story, which Tang said the Hong Kong Journalists Association had commented on, he criticised the group for failing to call the report fake news.

However, the association denied it commented on the report and condemned Tang for his “extremely misleading” remarks.

It said the government and police had insisted in linking how media organisations handled news and individual errors to “fake news”, raising the belief they were just paving the way to regulate media by-laws. 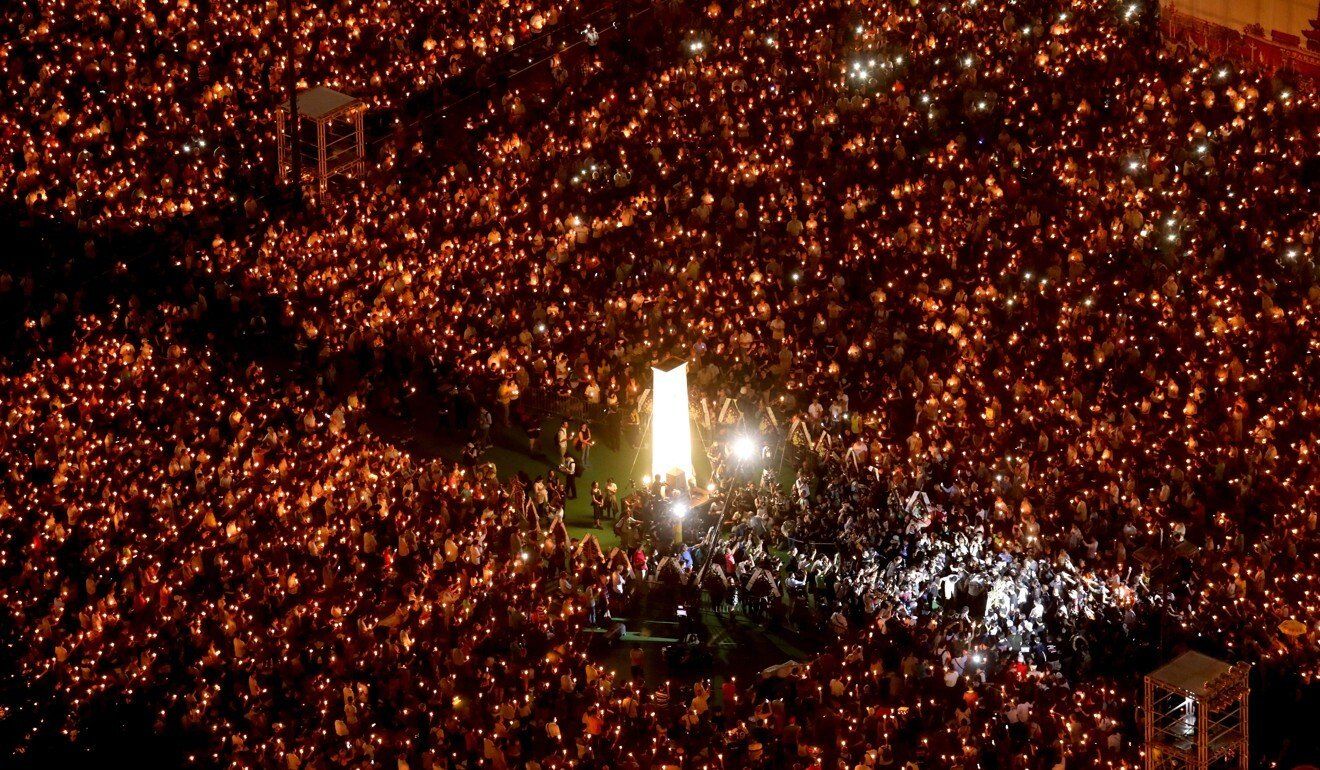 People raise their candles during the June 4 vigil at Victoria Park in 2019.

Speaking before Tuesday’s Executive Council meeting, city leader Lam said authorities would enforce the law based on evidence, adding that the words “peaceful assemblies” had been abused.

“Every time the court convicts someone of illegal assembly, to one’s surprise, foreign media will claim such a peaceful assembly to deliver political demands should not be illegal,” Lam said. “This completely disregards Hong Kong as a society under the rule of law, and also violates their own principle of the importance of rule of law.”

Hong Kong police have arrested 10,250 people in connection with anti-government protests in the 20 months since mid-2019, according to Tang. Of the 2,500 who were prosecuted, 1,200 had completed the judicial procedures with about 80 per cent of them bearing legal consequences, while 295 people were jailed.