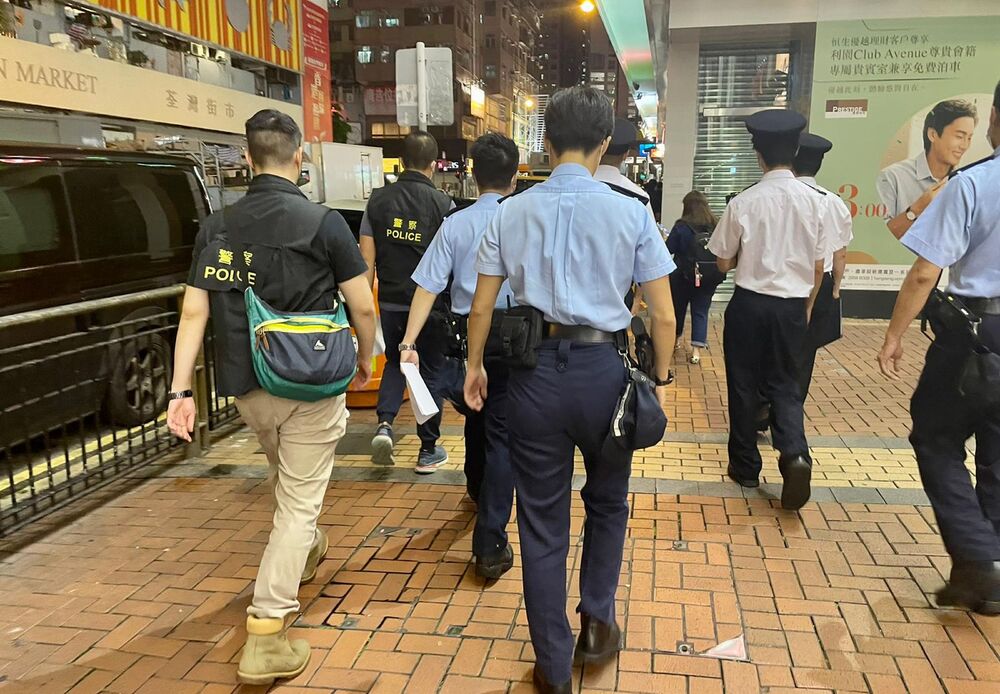 Hong Kong reported 1,276 new Covid-19 cases on Saturday, while health authorities said they are to keep an eye on the outbreak cluster of police's anti-terrorism unit after adding two more cases.
Among the new cases, 1,160 were locally transmitted, including 436 confirmed via PCR tests and 724 verified positive RAT results. The other 116 infections were imported cases 56 detected at the airport, 44 at quarantine hotels and 16 were patients that completed seven-day quarantine and entered communities.

The Center for Health Protection's principal medical and health officer Albert Au Ka-wing said the tally of the fifth wave now stands at 1,212,777.

He continued that the outbreak cluster of the police anti-terrorism unit reported 22 infections as of Saturday, and patients were found infected with the BA.2.2 Omicron subvariant -- the one many citizens encountered at the peak of the fifth wave.

The earliest case was reported last Sunday (Jun 12) and there were about 130 to 140 close contacts. Those contacts all underwent PCR or RAT and tested negative. The equipment and gear the patients once touched was disinfected as well.

He continued that the latest observation showed cases concentrated in younger age group, with less elderly affected this time.

When asked about extending the waiting interval between the first and second BioNTech shots from three weeks to eight, Au pointed out that citizens, after risk assessment, can still decide to receive their second shot three weeks after getting the first one.

Public hospitals and treatment facilities are now housing 433 patients. Among them, 17 are in critical condition, eight in serious condition and three in intensive care.