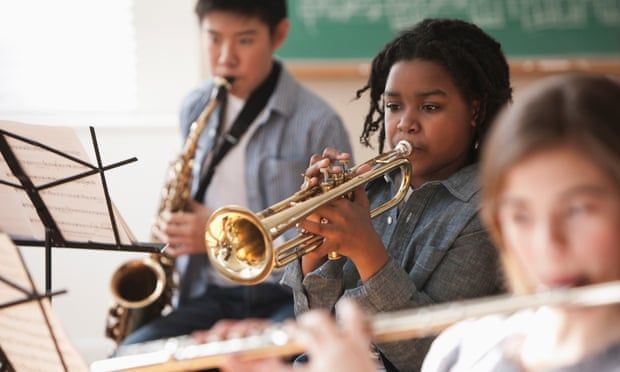 Researchers find link between learning instrument while young and improved thinking skills later in life
The ageing rocker clinging on to their youth may be a figure of mockery, but research suggests they should be envied for their sharpness of mind.

Researchers found that this was the case even when accounting for their socio-economic status, years of education, childhood cognitive ability, and their health in older age.

But professor emeritus Ian Deary, formerly director of the Centre for Cognitive Ageing and Cognitive Epidemiology at the university, said: “We have to emphasise that the association we found between instrument-playing and lifetime cognitive improvement was small, and that we cannot prove that the former caused the latter.

“However, as we and others search for the many small effects that might contribute toward some people’s brains ageing more healthily than others, these results are worth following up.”

Out of the 366 study participants, 117 reported some experience of playing a musical instrument – mostly during childhood and adolescence.

The most commonly played instrument was the piano, but many other instruments were played, such as accordion, bagpipes, guitar and violin.

Study participants were part of the “Lothian Birth Cohort 1936” – a group of individuals from Edinburgh and the Lothians, born in 1936, who took part in the Scottish Mental Survey of 1947.

The individuals were tested on a number of physical and mental functions as they grow older, including retaking the standardised cognitive ability test each took as an 11-year-old, which included questions requiring verbal reasoning, spatial awareness and numerical analysis.

In the study, the team used statistical models to look for associations between a person’s experience of playing a musical instrument and changes in their thinking skills between the ages of 11 and 70.

The university said the findings provided fresh evidence that playing an instrument is associated with small but detectable cognitive benefits over a lifetime.

Judith Okely, now a lecturer in psychology at Napier University, said: “These results add to the evidence that activities that are mentally challenging, such as learning to play a musical instrument, might be associated with better thinking skills.”

Katie Overy, senior lecturer at the University of Edinburgh’s Reid School of Music, said: “Music has so much to offer as a fun, social activity – it is exciting to find that learning to play a musical instrument may also contribute to healthy cognitive ageing.”

The study was funded by Age UK and the Economic and Social Research Council and was published in the journal Psychological Science.
Add Comment