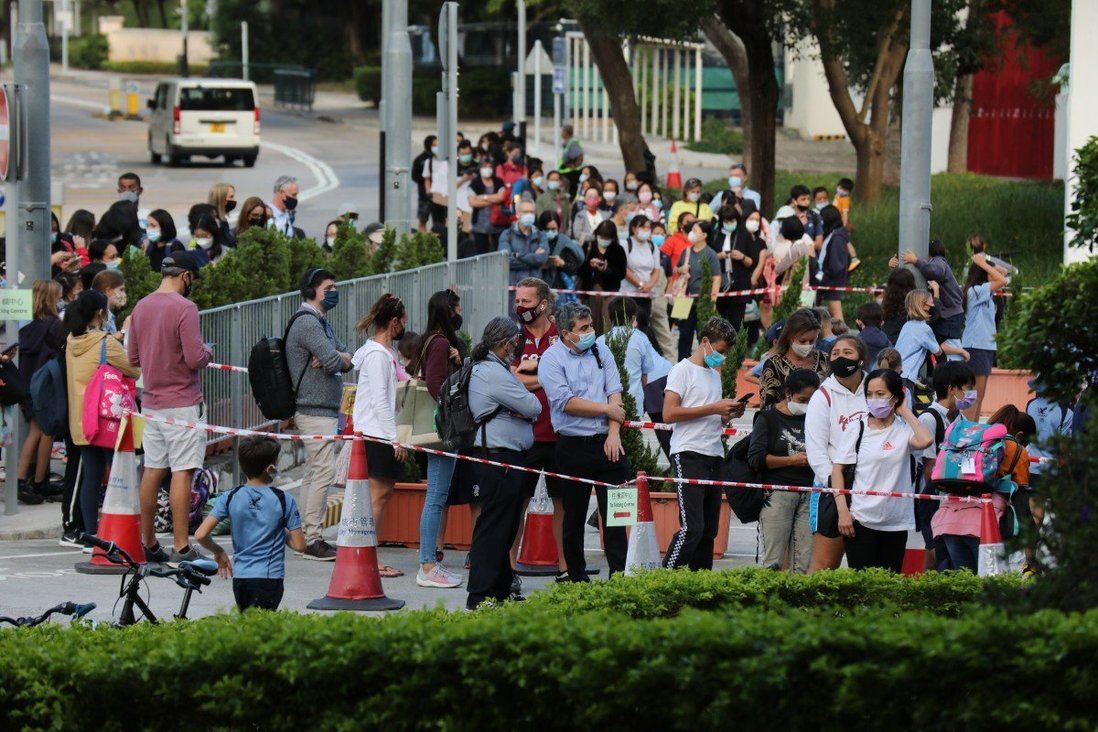 Compulsory testing order forces people who were in locations visited by the 57-year-old pilot to undergo screening.

Health authorities launched a large Covid-19 screening exercise in Hong Kong’s Discovery Bay on Wednesday after a pilot living in the area contracted the coronavirus, forcing hundreds to queue for tests and triggering a wave of complaints over the decision to send scores of children into quarantine.

Three testing booths were set up to cater for residents subject to a compulsory testing notice imposed by the government on those who might have come into contact with the Cathay Pacific pilot, who was exempt from quarantine after returning to the city from Germany.

Under the screening order, anyone who has visited the same locations as the cargo pilot at specified times must submit to testing.

Those places include the Cali-Mex Bar & Grill in Siena Avenue and buses serving a route between Discovery Bay Plaza and Tung Chung railway station, as well as the town’s pier and Discovery Bay International School, where the pilot’s wife worked and his two children studied.

He was one of two pilots confirmed as infected on Wednesday after returning to Hong Kong from Frankfurt on November 6. The other pilot lives in Tsim Sha Tsui. Both were exempted from quarantine on arrival by virtue of their jobs.

Some of those queuing to get tested complained of what they described as risky behaviour in the neighbourhood.

“Many passengers on the ferry [between Central and Discovery Bay] don’t wear their masks properly,” said a female resident surnamed Lee. “They just put masks around their necks and even eat on the ferry. I’ve seen it every day.”

She added the testing requirements were necessary and reasonable.

A father surnamed Chung said his nine-year-old son went to the same school as the 57-year-old pilot’s, but he was more concerned about the way people were acting elsewhere in the community.

“You often see some people not wearing their masks here at night,” he said. “There is nothing much we can do but teach my kid to be more cautious and have a better hygiene awareness.”

Another parent from the school who wished to remain anonymous said the response from the authorities was “a bit of overreaction”. “That’s the rule and we are going to do the test but I think the chances of the virus spreading from just one person is quite unlikely.”

On Wednesday, the Centre for Health Protection (CHP) revealed that the wife of the pilot taught at Discovery Bay International School and that about 40 children she taught would have to be quarantined.

The pilot’s two sons also attended Grade 5 and reception at the school and together they had 80 classmates, all of whom were also ordered into quarantine. The 120 students are being sent to Penny’s Bay quarantine centre for three days of isolation. 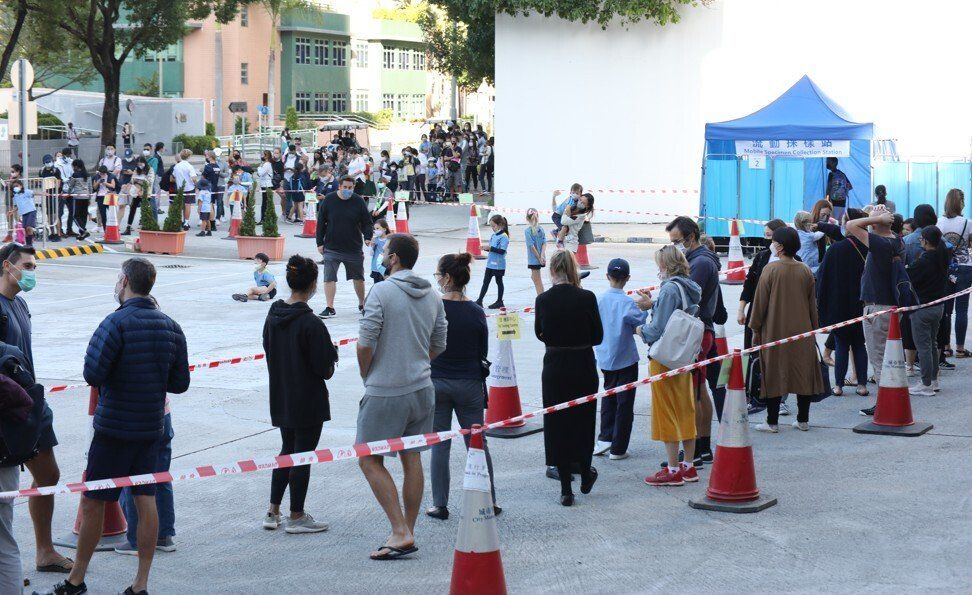 Three testing stations were established in Discovery Bay on Wednesday.

Several parents said the decision to send the students to quarantine showed “a lack of empathy”.

A father, who works for a hospitality company and wished to remain anonymous, said his five-year-old daughter was in the same class as one of the pilot’s sons.

He said letting a parent or guardian go into quarantine with a child was not enough and authorities should allow the youngsters to isolate at home instead.

“How do you explain to a child that she has to be locked up in a room for three days? It would cause her a lot of stress, she would think she’s done something wrong. They [authorities] could have shown more empathy.” 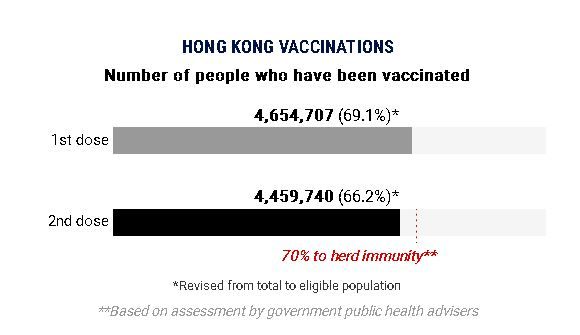 He said most residents around his neighbourhood were vaccinated against the coronavirus, adding he thought the risk of a community spread was low. “This is an imported case and the children are not close contacts of the patient. This part doesn’t worry me at all.”

He said a group of about 20 parents of children from his daughter’s class had asked the authorities for home quarantine but their requests were rejected. “They also threaten that if we don’t cooperate, law enforcement will be sent,” he said.