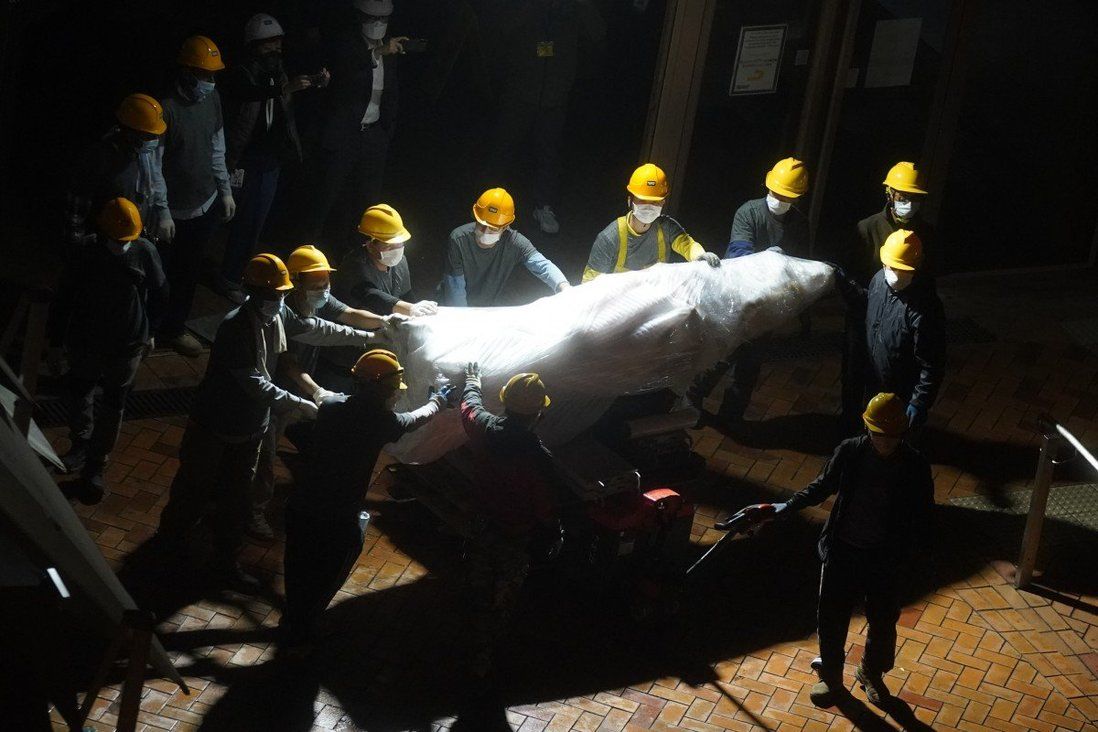 Arthur Li claims creator Jens Galschiøt had repurposed the statue for Hong Kong after it was rejected by the United States as a memorial for a different event.

The former chairman of the University of Hong Kong’s governing council has called a sculpture commemorating the victims of the 1989 Tiananmen Square crackdown a “sham”, prompting a war of words with the artwork’s creator.

Arthur Li Kwok-cheung, a member of the Executive Council, the city leader’s de facto cabinet, said on Saturday the Pillar of Shame’s creator Jens Galschiøt had repurposed the statue for Hong Kong after it was rejected by the United States as a memorial for a different event.

Galschiøt hit back immediately, saying Li was trying to “erase the story” of the statue.

“It’s strange he called me a liar,” Galschiøt told the Post during a long-distance phone call. 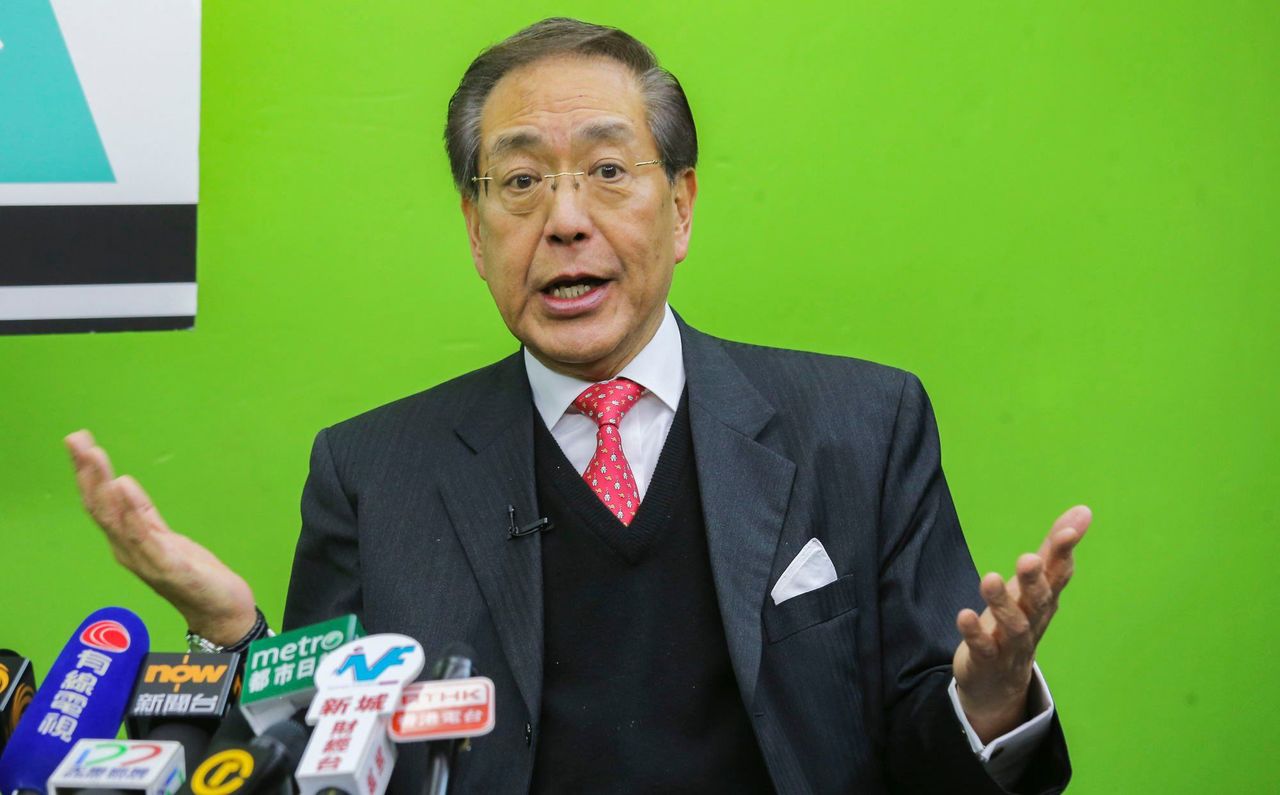 Arthur Li is the former chairman of the University of Hong Kong’s governing council.

A former member of the Hong Kong Alliance in Support of Patriotic Democratic Movements of China, which received the statue, also said he had never heard of the version Li suggested.

The eight-metre-tall statue – which had stood at the university’s Pok Fu Lam campus since 1997 – had been in the spotlight lately, after university management ordered it to be removed in the early hours of December 24, 2021.

The continued display of the statue had been called into question by the city’s pro-establishment camp following the enactment of the Beijing-imposed national security law in June 2020, although critics argued taking it down would deal a blow to freedom of expression.

Li, who spoke publicly a day after his six-year tenure was over, argued that critics’ concerns were irrelevant, as the artwork was never about the June 4, 1989 crackdown in Beijing.

“The so-called Pillar of Shame is a little bit of a shame,” said Li, speaking on a radio programme.

“Why? That’s because when that Danish person wanted to create this pillar he wanted to commemorate the bombing attack at an FBI building in Oklahoma in 1995 … But the US didn’t want it. As a result, he went around asking different people.”

The attack, known as the Oklahoma City bombing, was initiated by anti-government extremists and resulted in more than 160 deaths.

Li suggested that in 1997, Galschiøt contacted the alliance in Hong Kong and told them that he would change the purpose for which the statue had been built.

He described people who viewed the statue as a symbol of commemoration for the crackdown as “pointing to a deer and calling it a horse”, a Chinese expression referring to obfuscation of the truth.

“All those faces [on the pillar] are not the images of Chinese people but Western people,” Li added. 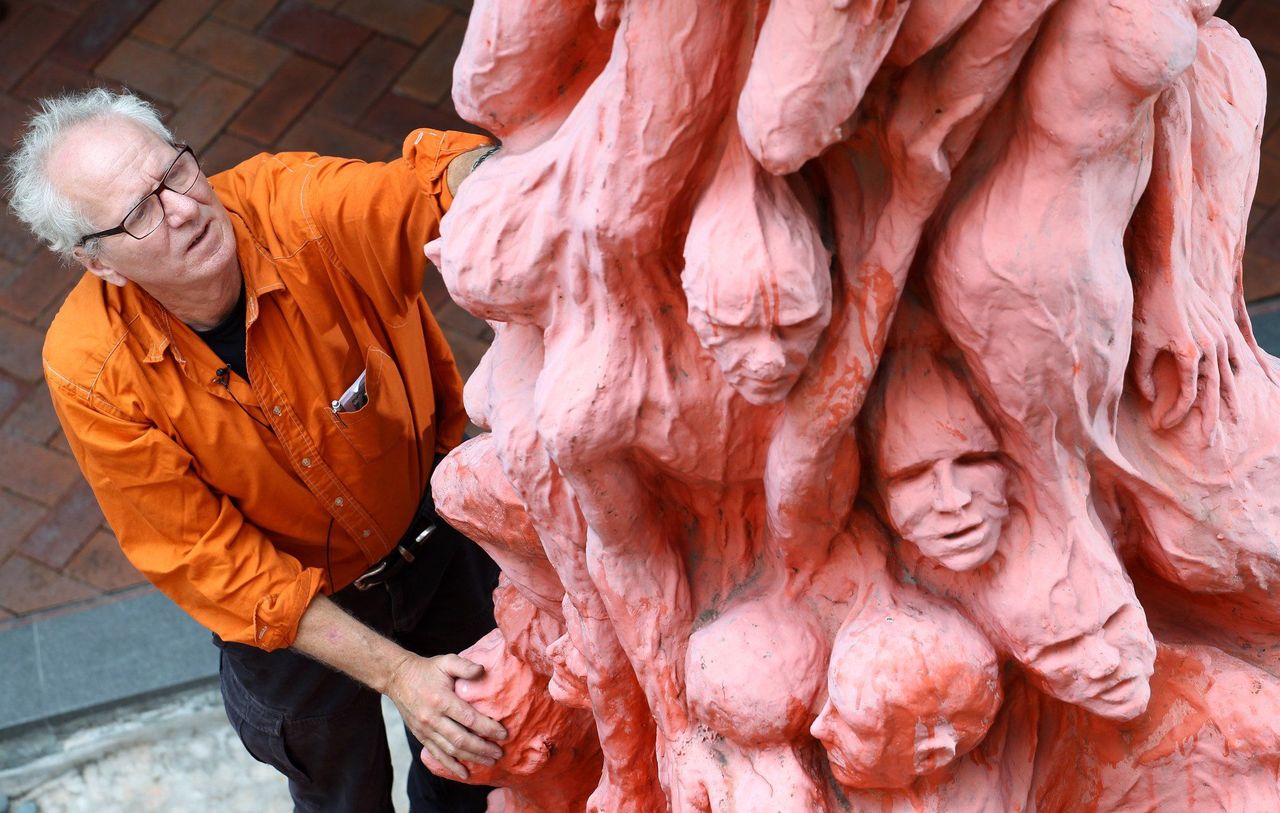 Danish sculptor Jens Galschiøt with the Pillar of Shame at the University of Hong Kong in 2013.

Galschiøt said his statue was never meant to be tailor-made for a specific event, but acted more like a “Nobel Prize for crime” around the world.

He said he had started on the sculpture in 1994, which was made of faces from different races. He displayed it in Italy for the first time in the following year, during which he received inquiries about making similar ones for Oklahoma, Mexico and Brazil.

“But my decision was to put the first in Hong Kong to commemorate the Tiananmen crackdown,” he said, adding that he later made similar statues for Mexico and Brazil.

According to a member from the alliance, which has since disbanded and its leaders charged with national security offences, Galschiøt gave the statue to the group, “thinking it could capture what happened during the June 4 crackdown”.

The Post reported in 1997 that Galschiøt contacted 100 people in Hong Kong the year before and received 25 replies – “many [of which were] negative” – before finally starting discussions with the alliance.

Li also explained on Saturday why the university had taken almost two months to act after it first issued the warning over removing the statue. He said the Hong Kong branch of Mayer Brown, the law firm it engaged to provide legal advice on the removal, had been told by its US headquarters to stop advising on the case, causing a delay.

Li, often dubbed “King Arthur” or “The Tsar” for his combative style of governance in previous positions of public office, was made chairman of the university council in January 2016 for a three-year term, despite opposition from pan-democrats, campus staff and students who claimed his appointment was a government attempt to tighten control over the university.

Li was reappointed for another year in December 2018 and will be succeeded by Priscilla Wong Pui-sze, a barrister who chairs the Independent Police Complaints Council.

During his tenure, he was the subject of protests by students on several occasions but blamed their defiance as having been “brainwashed” by the US.

“They hope to infiltrate the schools to control the minds of our youngsters. Our youngsters are the elites. If they can brainwash them, they can achieve their goal,” he said, adding that he never tried to suppress students during his tenure.

Students were free to express themselves on the condition that their actions did not affect the country, he added.