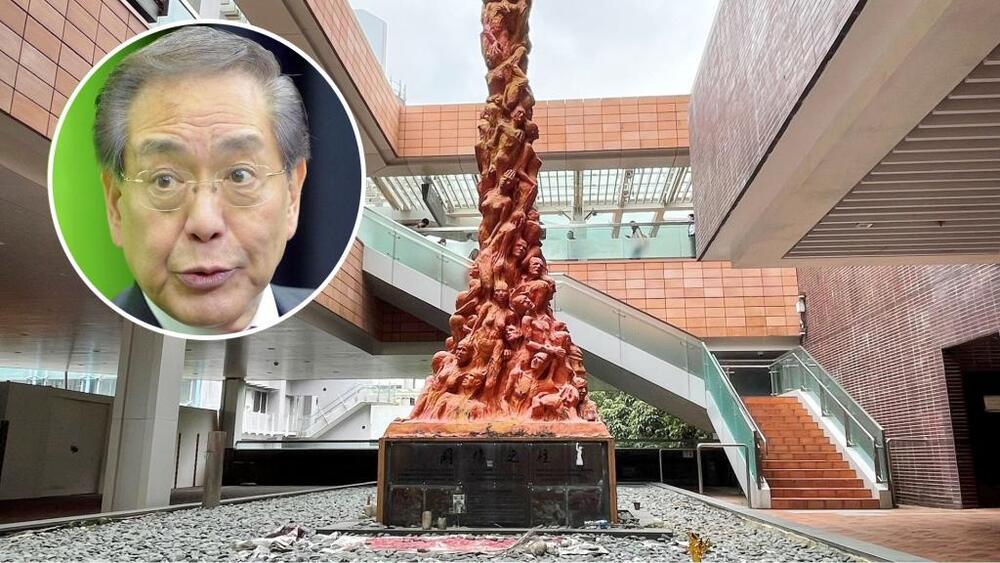 The statue “Pillar of Shame” created by Danish sculptor Jens Galschiøt is a lie, and originally it was not built to commemorate the 1989 Tiananmen Square massacre, said Arthur Li Kwok-cheung, chairman of the Council of the University of Hong Kong.
Speaking on a radio program Saturday, Li said it is to call black white when saying the statue is built to commemorate the June 4, 1989 massacre.

He continued that Galschiøt originally created the statue to commemorate the Oklahoma City bombing that took place in the US in April 1995, and the faces crafted on the statue belonged to Westerners but not Chinese people.

The statue was eventually accepted by the disbanded Hong Kong Alliance in Support of Patriotic Democratic Movements of China, after the US said no to Galschiøt, Li pointed out.

Li also said the university once sought legal advice from Mayer Brown, but the law firm soon quitted after being under pressure from its US headquarters. The school then further sought legal advice and ruled that they had the right to remove the sculpture from the campus' ground.

He recalled that he was surrounded by students for four to five hours when he first took office and convened a meeting, and believed that incident has something to do with the Civic Party.

He also believed that the party was trying to infiltrate their influences into the campus and achieve their political agenda by brainwashing the students.

Li stressed that students should pursue knowledge and ideals at school, but not to fight and to throw Molotov cocktails.

He noted that it was nice of the Student Union Council to apologize soon after they passed a motion to pay tribute to Leung Kin-fai, who stabbed a cop on July 1, 2021.

Li added that if the jailed youngsters really regret what they have done, the society should give them a second chance and schools in the city should offer them a place.
Add Comment