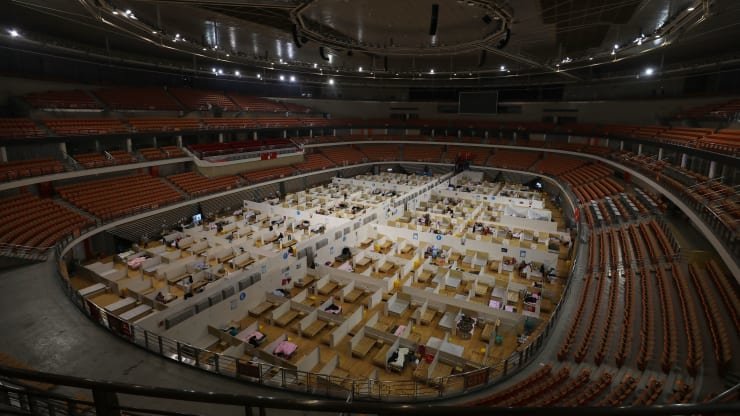 The following are photos of some of the field hospitals that have been built in hot spots around the world to help care for the infected and combat the coronavirus pandemic.
Healthcare systems in countries around the world have been overwhelmed fighting the pandemic forcing governments to build temporary field hospitals to help deal with the growing numbers of their infected population.

A sports stadium in Wuhan, China

A temporary hospital in Indio, California

Construction of a temporary hospital in Rafah, Gaza Strip