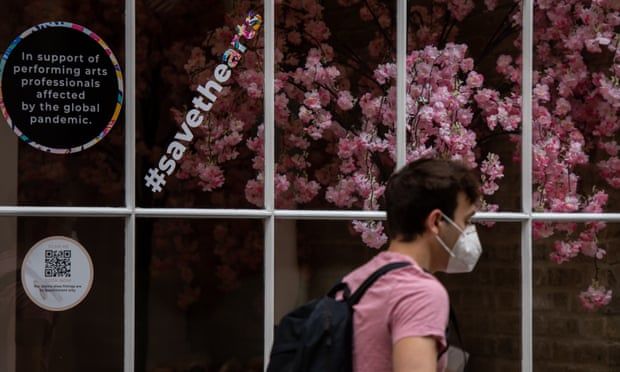 People in performing arts twice as likely to have depression, Equity finds

People working in entertainment and performing arts are twice as likely to experience depression as the general population, according to a review of more than 100 academic studies.

The impact of Covid restrictions on theatres and other venues in 2020 and 2021 had exacerbated contributory factors such as job insecurity and low pay, said the performing arts practitioners’ union, Equity, which commissioned the review.

Antisocial working hours, time away from home and lack of support from people in positions of authority also fuelled anxiety and depression.

The review, carried out by Dr Lucie Clements, examined 111 academic studies relating to mental health in professionals and students in the performing arts sector over the past 20 years. Two studies, one focusing on actors and another on ballet dancers, showed depression to be twice as likely in performers than in the general population.

Other papers found that 24% of ballet dancers reported experiencing anxiety, along with 32% of opera singers, 52% of acting students, 60% of actors and 90% of rock musicians. Among the general population, 6% of individuals are thought to experience anxiety in any given week.

More than seven out of 10 workers in the sector are freelance, with irregular hours of employment, coupled with an expectation to be flexible and available when work does arise, according to the review.

“The inconsistency of touring and pressures of time travelling, erratic working schedules (including evenings and weekend performance) and chunks of time working away mean a lack of time for loved ones, family or social life,” says the review. “Musicians, for example, spoke of going months without seeing their children. This is important since support from loved ones is known to be one of the most significant protective factors for mental health.”

According to one study, 83% of actors said financial stress was an issue at least “sometimes”, with 30% experiencing financial stress as a constant issue. Many performers juggle multiple jobs to make ends meet.

As well as employment-related issues, the review found that the impact of portraying intense emotions and repeatedly depicting extreme situations such as death or rape can contribute to poor mental health. Worries about how an individual’s performance would be received by others was also a contributory factor.

Another was pressure to conform to aesthetic ideals, “such as for female actors and dancers to be slender …. Weight pressures and eating disorder risk were directly related to both depression and anxiety in dancers … [and] anxiety, depression, and stress were all correlated with disordered eating in musicians, including vocalists.”

Paul Fleming, Equity’s general secretary, said: “This landmark study confirms in concrete terms what Equity members have known for years: those working in the entertainment and performing arts industries are likely to experience poor mental health. There are a range of contributing factors, but it’s abundantly clear that the harmful impacts of precarious work, low pay and poor working conditions are fuelling this collective crisis.”

In response to the review’s findings, Equity has launched a mental health charter with five key demands aimed at improving mental health and wellbeing among performers.

They include improving pay and work-life balance, adopting safeguards and risk assessments in the workplace and ensuring historically marginalised groups are not excluded from good practice.

Equity also calls on the government to invest in mental health services to reverse a decade of underfunding.

Oh ya 205 days ago
Yup when your 12 dancing around on the stage is ok but as you get older you realize that nobody wants to see a 30 yr old in spandex and that is bound to drag on your well-being. Now you realize you have to get a real job and have no experience at anything marketable
View all comments (1)Add comment