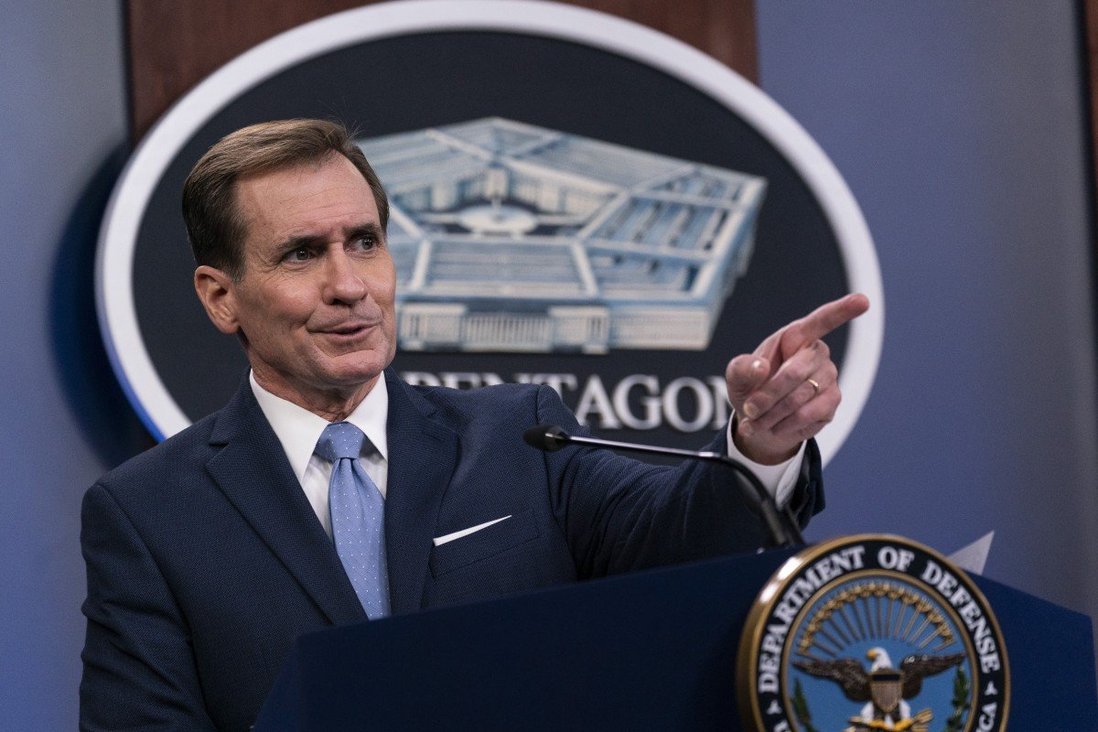 The US Defence Department under the Biden administration ‘sees no reason why tensions over Taiwan need to lead to anything like confrontation’, spokesman says, after China’s defence ministry says ‘Taiwan independence means war’.

A Pentagon spokesman on Thursday called remarks by his Chinese counterpart equating moves toward Taiwan independence with war “unfortunate” and reaffirmed Washington’s commitment to supporting the self-ruled island’s defence capability.

“We find that comment unfortunate and certainly not commensurate with our intentions to meet our obligations under the Taiwan Relations Act and to continue to, as Secretary [Antony] Blinken at the State Department said yesterday, look for ways where we can cooperate with China, but we have obligations that we intend to meet,” Pentagon press secretary John Kirby told reporters.

The Pentagon “sees no reason why tensions over Taiwan need to lead to anything like confrontation,” Kirby said. “The United States military remains ready in all respects to meet our security commitments in the region.”

The Taiwan Relations Act (TRA), which was passed when Washington officially switched its diplomatic recognition to China in 1979, outlines America’s willingness to defend Taiwan, although it stops short of defining the exact nature of its commitment.

That ambiguity causes tension with Beijing, which regards Taiwan as a renegade province that must be eventually reunited with the mainland, whenever the US supplies arms to the island’s military or engages in direct contact with Taiwanese government officials.

The messages the two spokesmen sent underscore the continuation of bilateral hostilities over Taiwan that escalated throughout the tenure of former president Donald Trump’s administration. 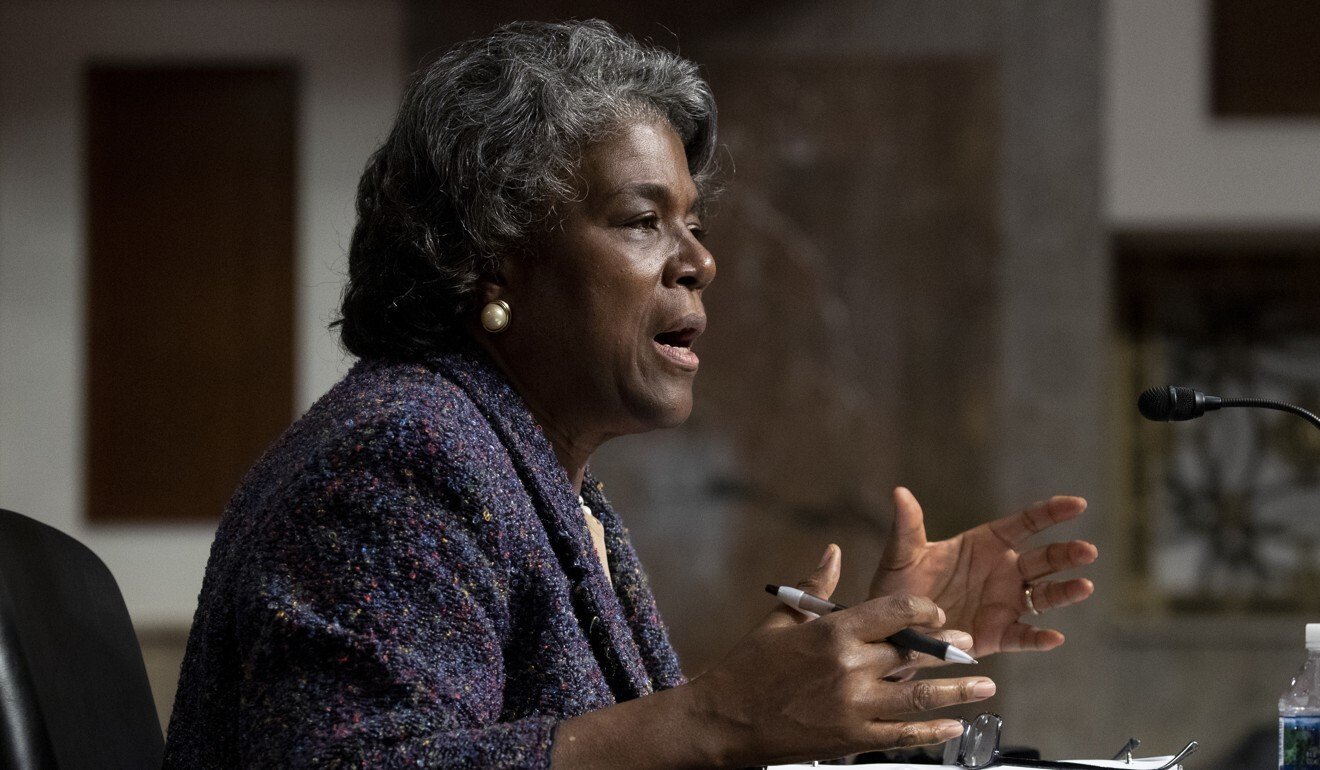 Linda Thomas-Greenfield, President Joe Biden’s nominee for US ambassador to the United Nations, at her confirmation hearing in Washington on Wednesday. Thomas-Greenfield said she would use her tenure to counter China’s influence on the UN Security Council.

Those tensions crested when the State Department announced on January 7, less than two weeks before Joe Biden’s inauguration as US president, that then-US ambassador to the United Nations Kelly Craft planned to travel to Taiwan.

Craft spoke to Taiwanese President Tsai Ing-wen via a video link after her three-day visit was cancelled at the last minute by the State Department, which said it had shelved all travel plans to help ease the transition to a new administration in Washington.

Biden’s nominee to replace Craft, Linda Thomas-Greenfield, told senators during a confirmation hearing on Wednesday that she would work to thwart Beijing’s “authoritarian agenda”at the UN.