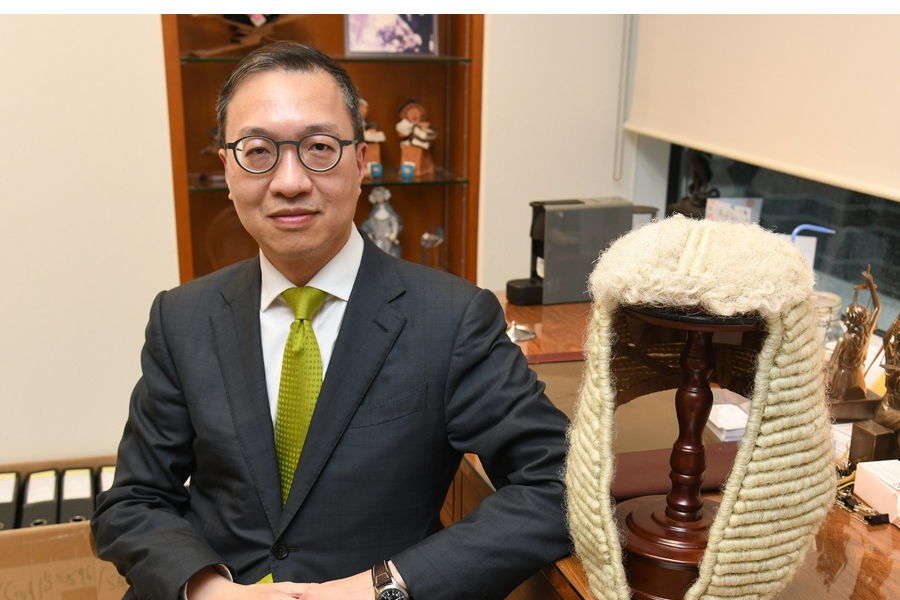 Paul Lam tipped to be next Secretary for Justice

Senior Counsel Paul Lam Ting-kwok, former Bar Association chairman, was likely to be nominated as Secretary for Justice, according to Sing Tao Daily, The Standard's sister publication.
It was understood that Lam, has just resigned from his post as Chairman of the Administrative Appeals Board of the Administration Wing, Chief Secretary for Administration's Office. He was also said to have declined to take on new cases recently.

When contacted by Sing Tao on Monday afternoon, Lam declined to comment on the matter.

Lam was called to the Hong Kong Bar in 1992 and was appointed Senior Counsel in 2013.

He has held a number of public offices in Hong Kong, previously being appointed as the Chairman of the Consumer Council, as well as a member of the Operations Review Committee, ICAC and Independent Police Complaints Council.

He was the Vice-Chairman of the Hong Kong Bar Association from 2014 to 2016 and the Chairman in 2017. He sat as a Deputy Judge of the High Court of Hong Kong for short periods each year since 2015.

Under the Basic Law, principal officials are nominated by the chief executive and appointed by the central government.

Lee is expected to announce his ministerial choices shortly after a resolution on his government restructuring blueprint heads for a vote in the Legislative Council on June 15, ahead of him assuming office on July 1.

The restructuring plan increases the number of bureaus from 13 to 15 and creates deputy posts under the secretaries for administration, finance and justice to better coordinate large infrastructure projects and improve communication throughout the civil service.
Add Comment