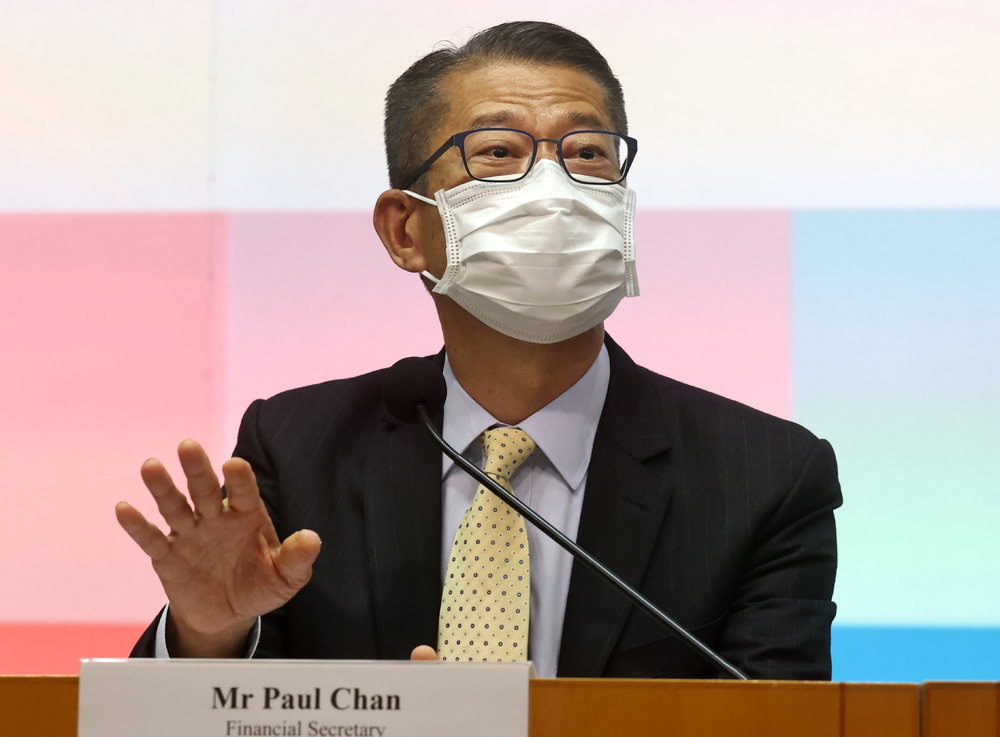 Financial Secretary Paul Chan Mo-po sent best wishes to former Chief Secretary John Lee Ka-chiu, who announced on Wednesday that he plans to stand in the upcoming Chief Executive election if his resignation is approved by Beijing.
Both have been under the spotlight as earlier reports said Beijing will only allow one of them to stand in the election after Chief Executive Carrie Lam Cheng Yuet-ngor confirmed she will not seek a second term.

Neither of them made any response on the matter prior to today's press conference.

In a Facebook post published less than half an hour following the announcement, Chan only said Hong Kong is entering a new chapter as the nomination period has recently begun and wished Lee all the best without making further comments.

Chan has been popular with the public since he announced giving out HK$10,000 consumption vouchers in the Budget.

According to an earlier survey conducted by the Hong Kong Public Opinion Research Institute in mid-March, the popularity rating for Chan was 44.7, while that for Lee stood at 34.8.

The survey also recorded negative 14 percent for Lee's net approval rate, while that for Chan was 11 percent.

Politicians and businessmen also voiced their opinions on the one-horse electoral race.

Lawmaker Jeffrey Lam Kin-fung said Lee – a former cop – has participated in police strategy and decision making for an extended period, and his experience and style is different from the traditional civil service team, making him the leader this city desires most at this point.

Former Chief Secretary Henry Tang Ying-yen praised Lee as a loyal patriot who also loves this city and lauded his ability to tackle challenges. He expressed appreciation of Lee's police background as well.

"Prosperity only comes after a safe and stable society," Li said, adding that he hoped the new leader could provide a better living environment for citizens.
#Facebook
Add Comment