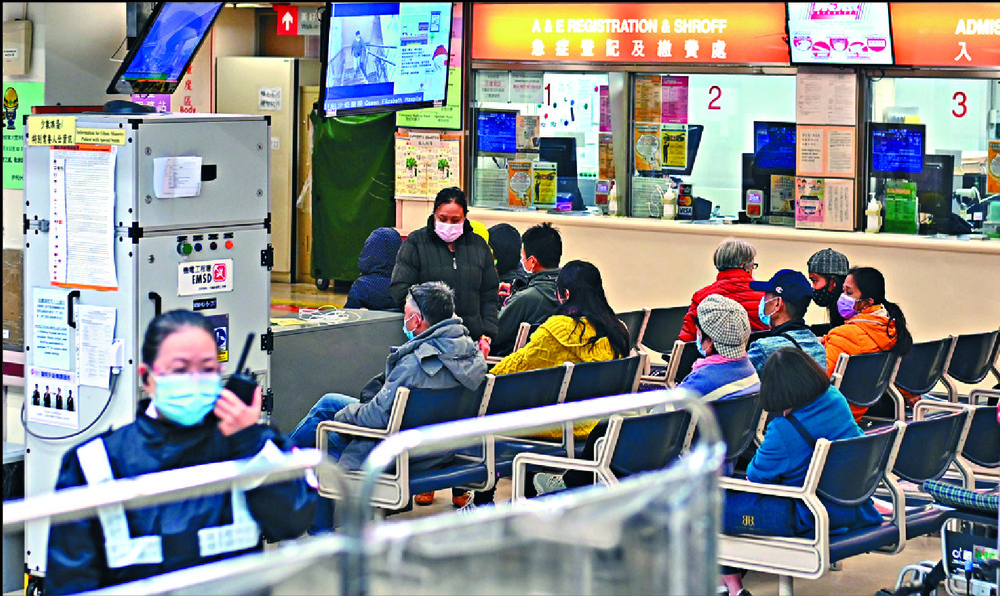 Public hospitals were crowded with thousands of patients on Tuesday amid the winter service surge, with 13 hospitals in the city running beyond their capacity and the worst at 116 percent occupancy rate.
As of midnight, the number of people who used Accident and Emergency services surpassed 5,100 people, according to the Hospital Authority.

The city's 17 public hospitals' medical inpatient bed occupancy rate saw an average of over 100 percent, meaning some patients had to stay in temporary beds in hospital corridors.

The waiting time at most of the other public hospitals was more than two hours, except St John Hospital and Tuen Mun Hospital which had a one-hour wait for consultation.

Stepping into the winter surge, the Hospital Authority launched a series of response measures in early December to face the increase in demand for A&E and inpatient services.

Last month, chief manager of the Hospital Authority Michael Wong Lap-gate, said more than HK$700 million was allocated in the middle of this year for early preparation of the winter service surge, and resources were reserved to open temporary beds for public hospitals.

From December 14 to Monday, the daily average number of A&E first attendances in public hospitals remained at the level of more than 4500 attendances, and the inpatient bed occupancy rate stayed between 98 to 103 percent.
Add Comment