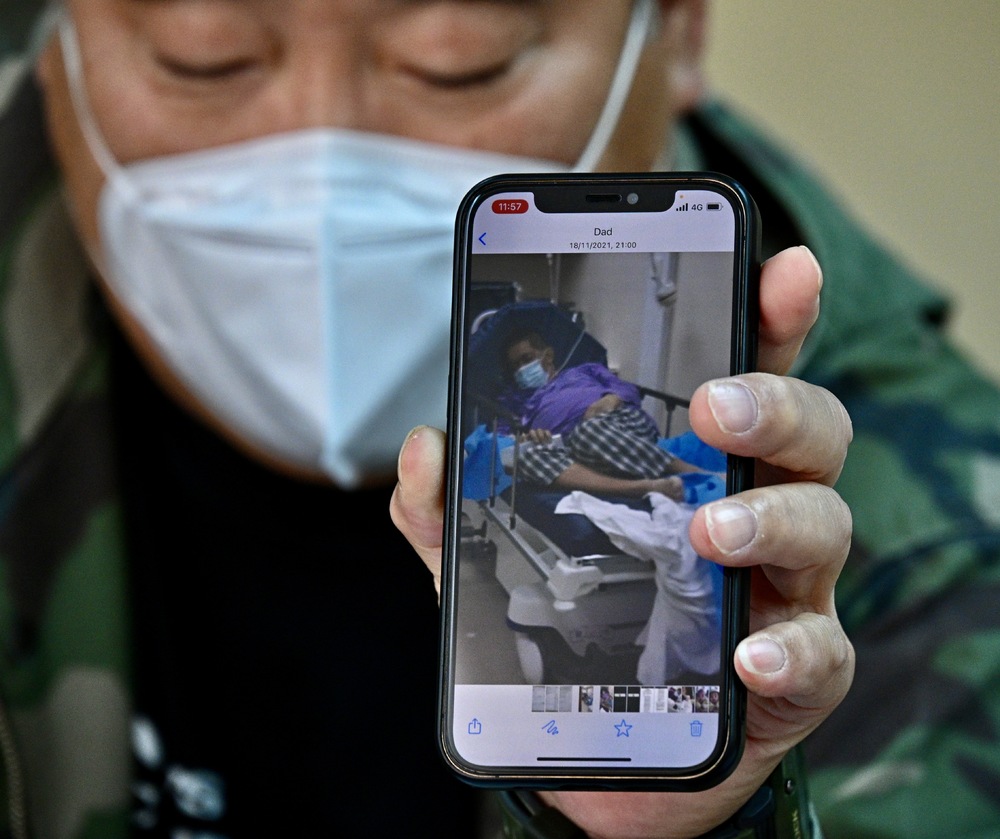 A 55-year-old patient who was sent from the mainland to a Hong Kong hospital died when he was left unattended inside a room while he waited for Covid-19 test results, according to his family.
Due to Covid-19 fears, the patient was put in a special ward, monitored not by medical staff in person, but at a distance using an iPad.

This led to the tragedy of the man dying without anyone knowing, until he was found to be cold and without a heartbeat by his family.

Wong Yun-chuen, 55, was a cross-border driver. He attended medical consultations at public hospitals regularly for diabetes and hypertension.

Earlier this year, he went to the Guangdong city of Huizhou to accompany his wife, who gave birth to a son in July.

On August 5, he went to a Huizhou hospital after suffering from abdominal pain. He headed to another Guangzhou hospital three days later, where he was diagnosed of acute liver failure.

The man requested to be sent back to Hong Kong for treatment, and was sent across Shenzhen Bay border point on August 18.

He was allowed to cross after he tested negative of Covid-19 within three days of his entry into Hong Kong, and the ambulance reached Tuen Mun Hospital at 1.24pm.

He was listed as an emergency case and went through preliminary checks. Since 3pm, he was put into 9A ward as he waited for results of a new Covid-19 test he took.
He was not connected to any machines monitoring his vital signs, and medical staff only watched him using an iPad put at the end of his bed.

When family members put daily necessities on his bedside at 7.50pm, they realized his body turned cold and his heart stopped beating. He was put to resuscitation, and was certified dead at 8.18pm.

The hospital sent a letter to his family in September, saying Wong needed isolation as he was admitted to a mainland hospital. Nurses observed via the iPad that the man changed his pose two times at 5.50pm and 6.50pm, and that he was breathing.

However, family members said they took pictures of Wong at 4.40pm and 6.40pm, and he remained in the same pose.

Patients' Rights Association spokesman Tim Pang Hung-cheong questioned why the hospital monitored Wong from a distance, and that no one checked upon him in person in four hours.

While the hospital said an investigation would be completed in eight weeks, it did not update the family about the latest findings, he said.
#COVID-19  #Covid
Add Comment