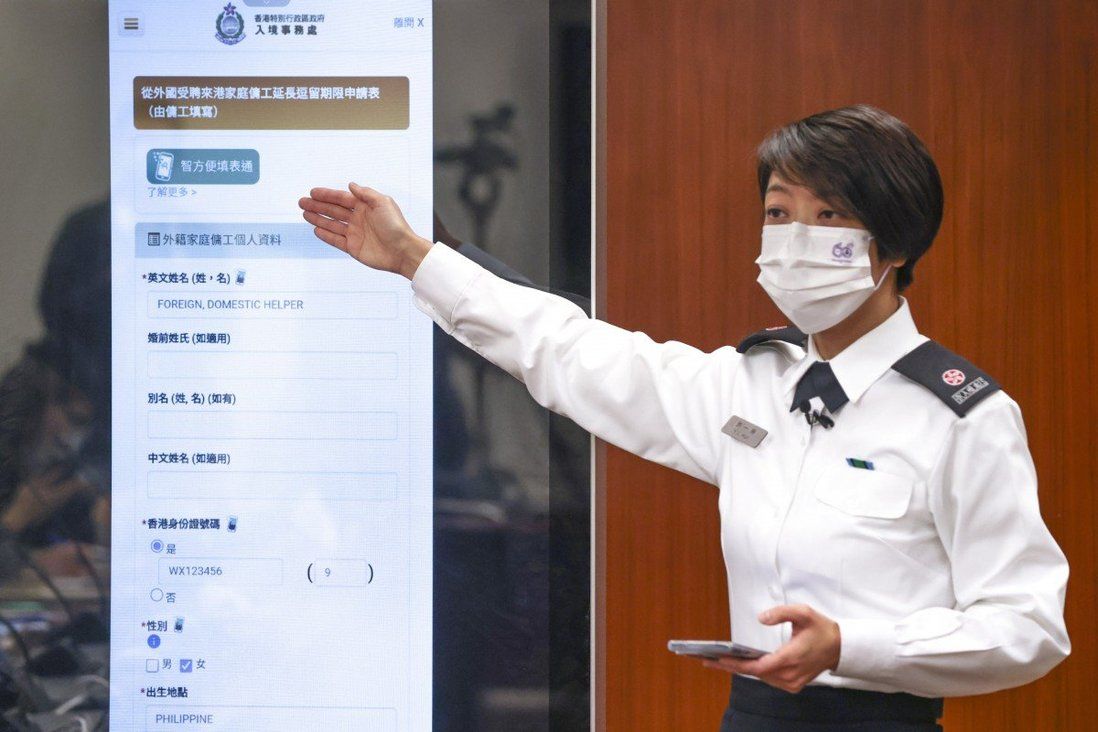 Hong Kong’s first “e-visas” will be issued from next Tuesday, as the Immigration Department rolls out a new online application process, with non-local graduates and foreign domestic helpers being among the first to benefit.

All visas are expected to be digitised by the second half of 2022, with eligible individuals able to apply, collect and pay for them online. Applicants will have the option to submit forms on the department’s website or mobile application, as well as the GovHK website.

While applicants can still choose to mail in their application forms, visas will be issued as PDF documents and sent to the applicant’s provided email address from December 28 onwards, replacing the existing label stickers for passports. 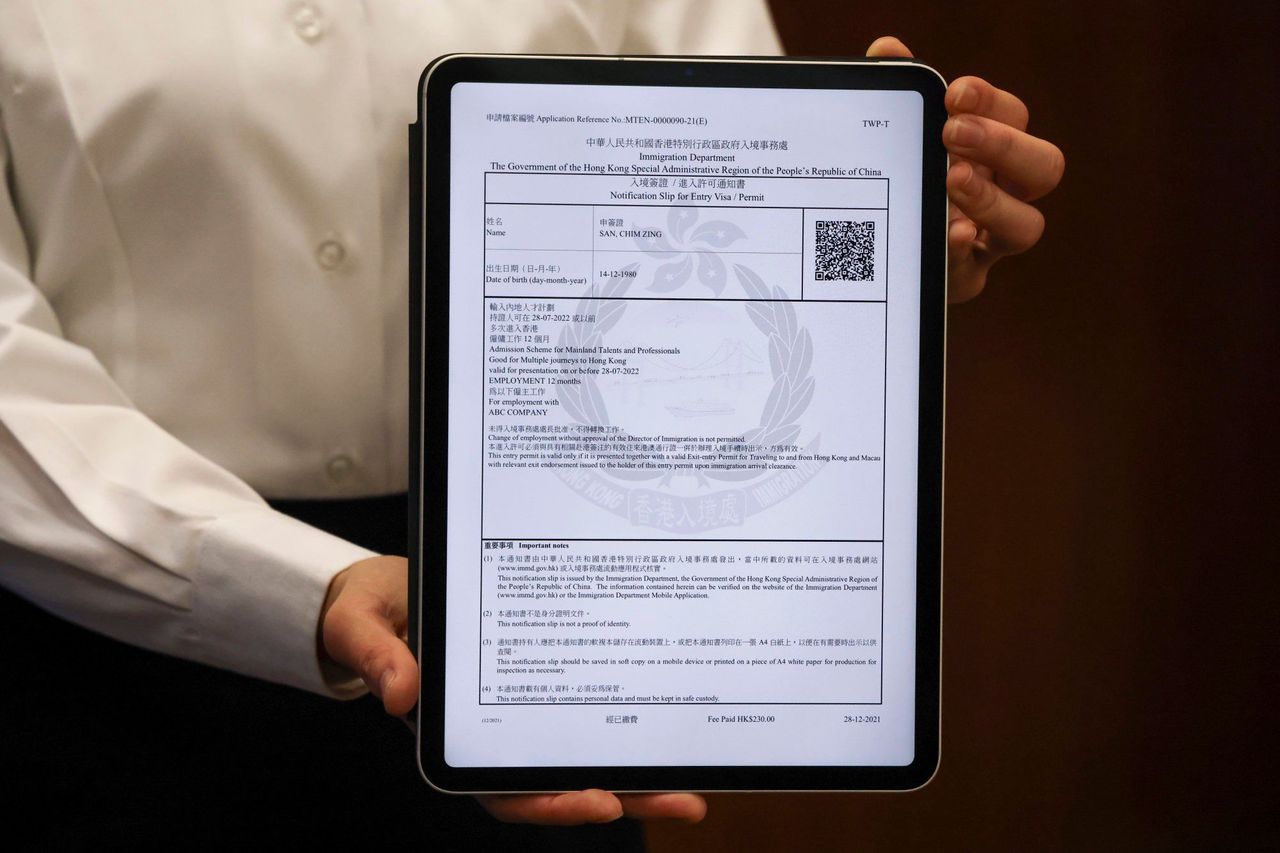 Visa-holders will still need to present their visas at immigration checkpoints.

The new document will look similar to its physical predecessor but will include an encrypted QR code that can only be read by the department’s app. Visa-holders and their employers can use the app’s internal camera function to scan the code and retrieve their information.

The new arrangements will be open to foreign domestic workers and non-local graduates, as well as individuals enrolling in the “Admission Scheme for the Second Generation of Chinese Hong Kong Permanent Residents”. The three visa groups collectively account for around 80 per cent of all applications, according to the department.

The new online submission system will also be available to all visa-holders applying for an extension of stay.

Online forms will not need to be completed in one sitting, with the new system storing information for up to two weeks, during which applicants can return later to complete and submit.

“The Immigration Department has increased its pace in developing various electronic services over the past year, and anti-epidemic measures are an aspect of it,” said assistant principal immigration officer Hui Yat-ling.

She added that digitising the process would reduce human contact and address potential mail service delays caused by the Covid-19 pandemic. 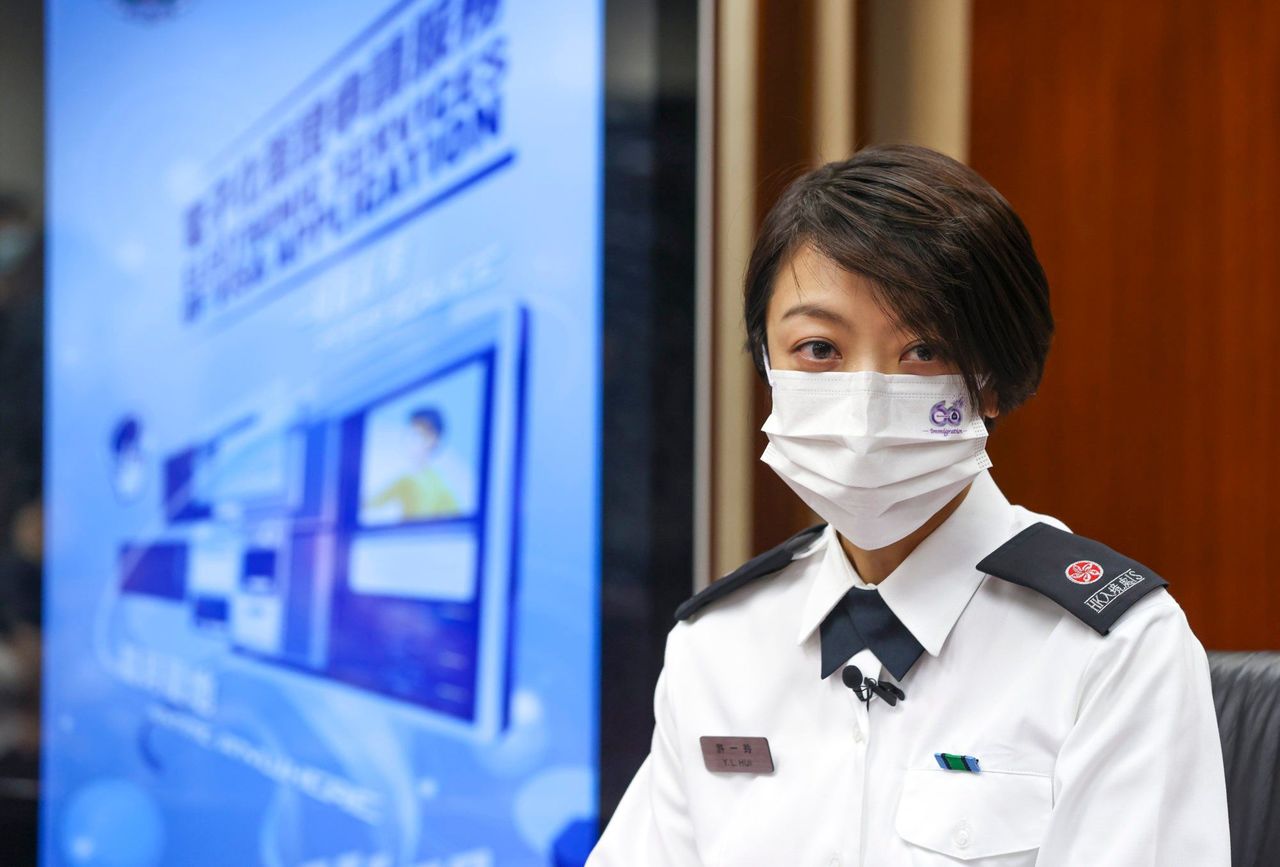 The department previously introduced contactless e-channel services to increase hygiene and efficiency by allowing residents to enter the city without having to take out their Hong Kong identity cards or touch any shared equipment.

Eman Villanueva, spokesman for Asian Migrants’ Coordinating Body, said e-visas would be more convenient and provide an ease-of-use application process for many of its members who had digital devices.

“It will also lessen the cost of travelling [to the Immigration Department], especially those coming from the New Territories and areas further away,” he added.

Thomas Chan Tung-fung, chairman of the Hong Kong Union of Employment Agencies, said hiring agencies could also print out visas for migrant workers without phones for showing the document.

“However, I have concerns about them losing the document, and being unable to reprint or explain it when asked,” he said.

While applicants may save time with the new arrangements, Immigration Department processing times will remain unchanged. Supporting documents required for each submission and application costs will also remain the same.

The department will also promote the new arrangements across online platforms and translate the information into different languages to inform the relevant groups.

At the same time, the Hong Kong government’s offices in mainland China and abroad will also assist with promoting the new arrangements.