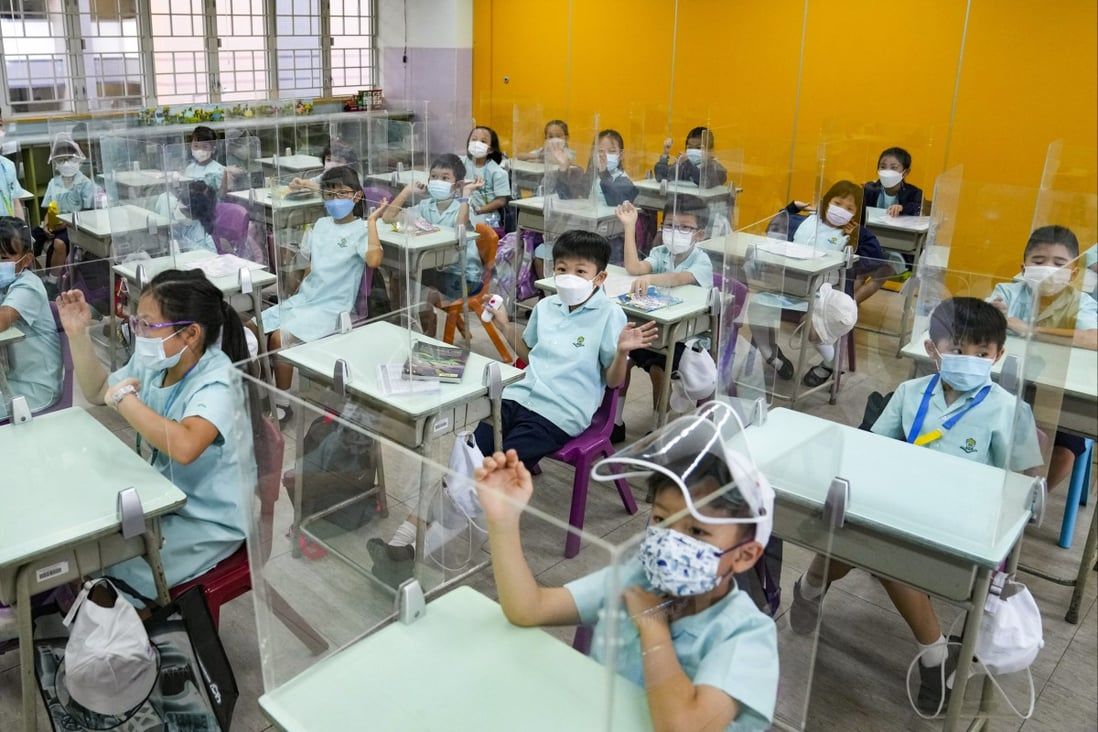 Social-distancing rules for mealtimes in Hong Kong schools should be eased to allow children to mingle with each other, parents and a children development specialist said as they highlighted inconsistencies in Covid-19 prevention policies.

They were speaking on Tuesday after the government earlier announced that a maximum of 12 customers will be allowed at each table in restaurants, up from eight, from Thursday.

Clubs and pubs also benefited from the relaxation as they were allowed to have six people to a table instead of four.

But some children still have to spend their meal times behind partitions and are not allowed to talk when their masks are removed under tough guidelines drawn up by the Education Bureau.

The bureau told the Post that schools were still required to take precautionary measures and that officials would continue to monitor the pandemic situation and update the rules if appropriate.

A mother, 35, who identified herself only as Ho, said her seven-year-old son and 10 year-old daughter were only allowed to only drink and remain in their seats with partitions at break times.

“Sometimes they question what they are doing at school,” she said. “They said they are lonely sometimes.

“I do not understand why 12 people are allowed to dine together, while children cannot at school. This is all very contradictory.”

She said she hoped that social-distancing rules at recess could be relaxed so her children could have more time with their friends.

The bureau’s list of restrictions say schools should install partitions between pupils at mealtimes, and that they should be seated to avoid eating face-to-face.

Pupils should also be told to avoid talking when masks were removed and banned from sharing food and drinks.

Primary schools and kindergartens can only provide half-day face-to-face classes without lunch time at present, but secondary schools can resume full-day lessons if at least 90 per cent of the pupils are double-vaccinated.

The requirement for secondary schools will be increased to three doses from the start of next month.

Ida Leung Po-lam, the chairwoman of the Federation of Parent Teacher Associations of Hong Kong Eastern district, whose son is 16, said secondary school pupils should also be allowed to enjoy their meals together and mingle without partitions.

She said she had heard from parents that some pupils were forced to have lunch at the stairway as the schools wanted to minimise the number of pupils who ate lunch in the covered playground.

Leung added some higher form pupils were not allowed to have lunch in their classrooms as there was no monitoring by teachers, who spent their lunch break in lower form classrooms. 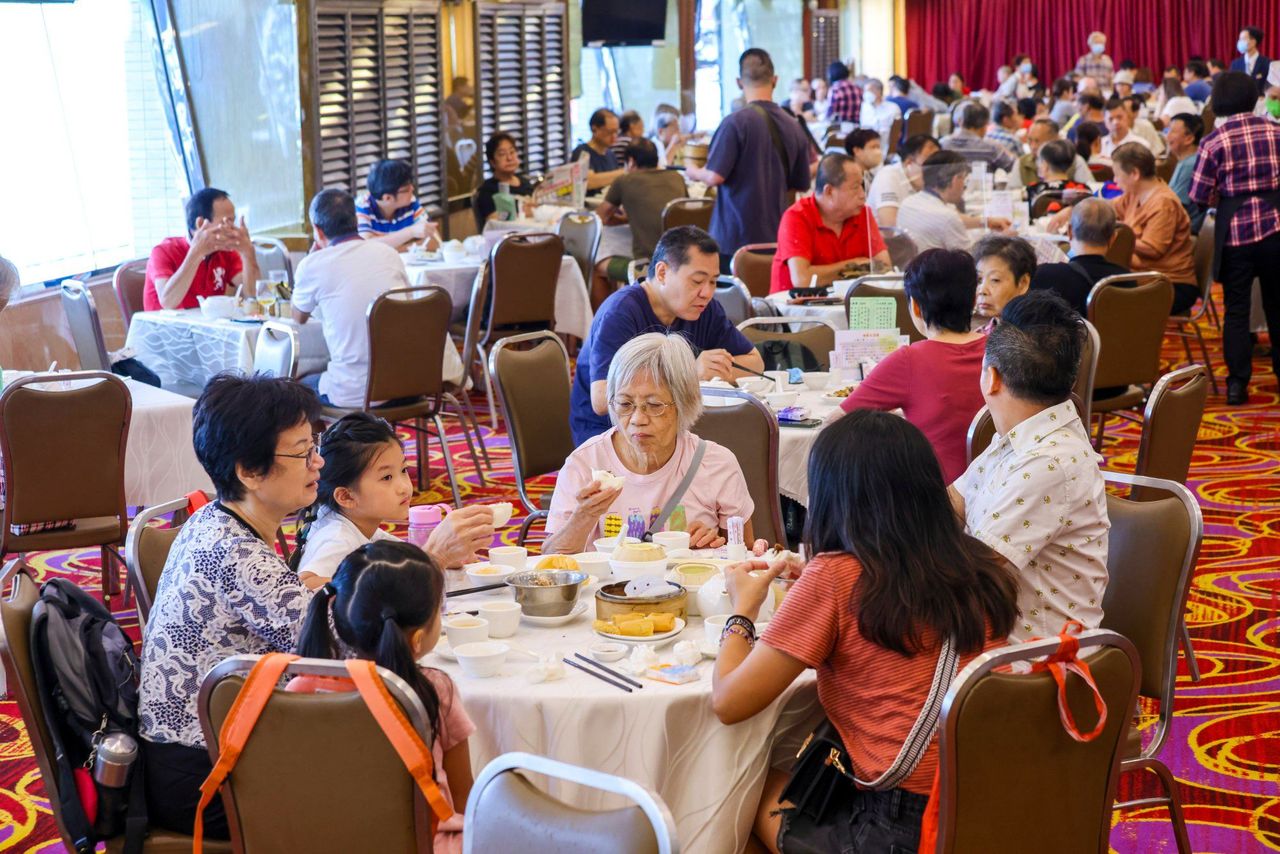 Diners enjoy a meal after the government relaxed Covid-19 restrictions for restaurants, clubs and bars.

“They have received three doses of vaccine if they are allowed to attend full-day school. Most of their symptoms will probably be mild if they caught the virus,” Leung said.

Dr Fanny Lam Wai-fan, a specialist in developmental and behavioural paediatrics, said if children were less likely to socialise during breaks, they could develop problems with social skills and emotional regulation.

“Most of the time, we gain language development through chatting with our classmates during recess. We learn how to converse and use the appropriate etiquette,” she explained.

“Sometimes there will be some arguments and children will learn about social problem-solving and regulating their emotions.”

She said, in the long term, with less time to talk about their feelings to others, children might become self-centred and find it difficult to show empathy.

Lam agreed the government should relax measures in schools to align with the social-distancing rules in similar situations.

“If they are vaccinated, they should be allowed to have lunch together. I cannot see there will be higher risks of transmission if adults are also allowed to have meals in a group,” she said.

Hung Wai-shing, the principal of SKH Ling Oi Primary School in Yuen Long, said arrangements for breaks could be eased before lunch time was allowed to return to normal in primary schools.

He said pupils at his school were told to only drink at break times, but would be allowed to eat if necessary.

“If there are 70 per cent of pupils who have received three doses, we may be more confident that they will be safe having lunch at school. We can probably try it out in a few grades first,” he said.

She admitted it was difficult for the youngsters to stick to the rules at the start of the pandemic, but that they had become used to restrictions.

But Lam said it might not be a suitable time to relax the guidelines as the vaccination coverage among kindergarten pupils was not yet high enough.