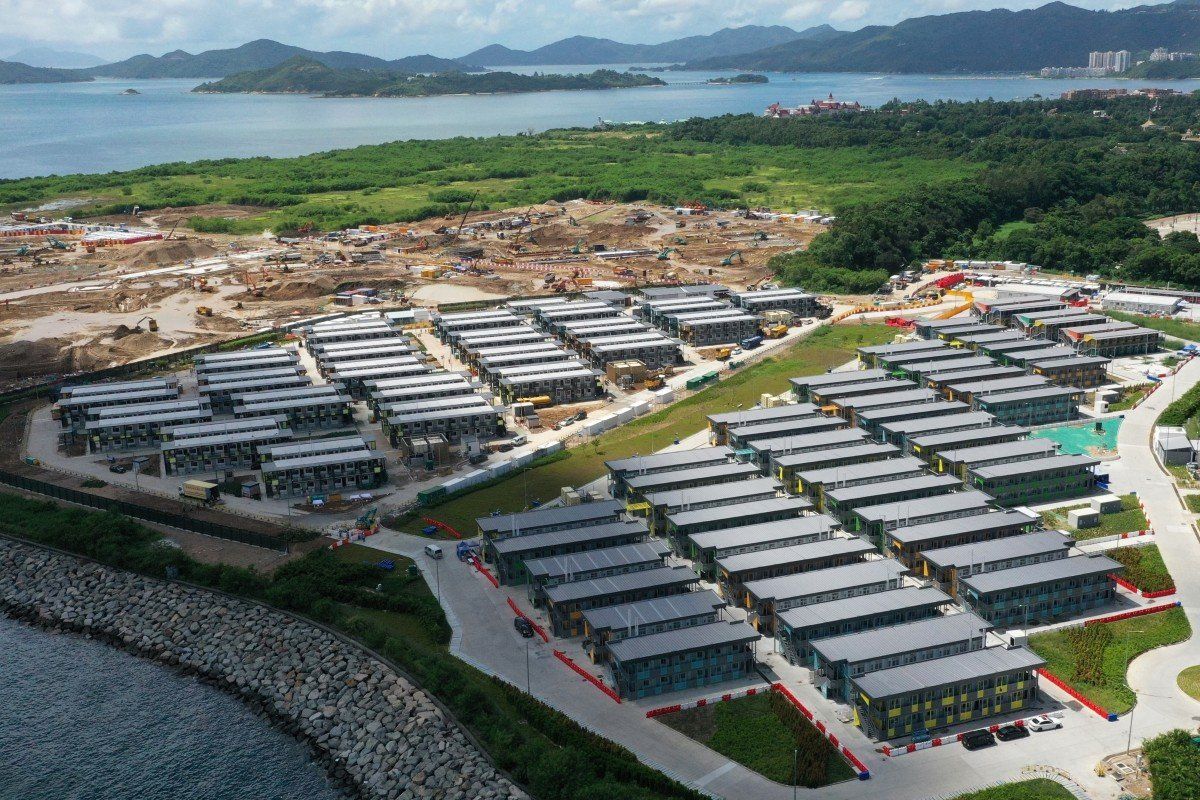 Worried about a lack of food and facilities, some parents are unwilling to be sent there with their children at Penny’s Bay. But site managers, who deal with 700 requests a day for items, say they provide all the essentials for a comfortable stay.

A short walk from the Hong Kong Disney Explorer’s Lodge, where families and children are having a great time, 1,400 people are eagerly counting down the days until they can finally go home.

These people are being confined to their rooms at the Penny’s Bay Quarantine Centre for about 14 days for being close contacts of Covid-19
patients.

The site, which opened last July, is the biggest quarantine location in Hong Kong and has 3,500 air-conditioned rooms, each measuring about 160 sq ft, that were converted from containers.

With some parents refusing to be sent there with young children, and requesting, unsuccessfully, to instead be sent to the two designated hotels that have been turned into quarantine facilities, public scrutiny of the site has increased. 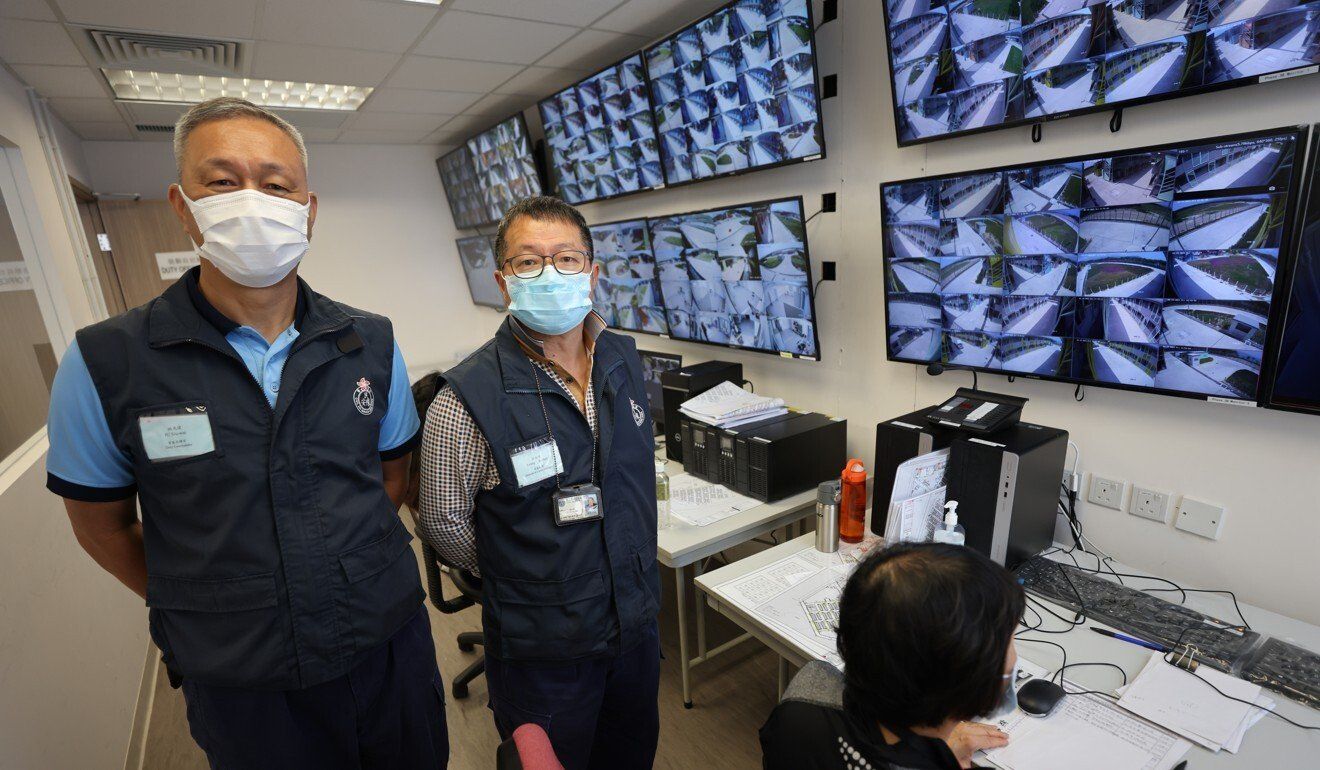 The main issue for parents concerns a potential lack of facilities and food for children – something managers at Penny’s Bay, who said there were abundant supplies, addressed in interviews with the Post.

“When we heard we were going into quarantine, we understood why that was needed,” said Nick Worley, who was sent to Penny’s Bay with his wife and their 15-month-old son last Sunday. “But the safety of our son was our main concern, so we requested home quarantine, or a hotel which would be safer for a toddler.

“The facility is adequate for adults and the staff are trying their best. However, it is far from adequate for toddlers. When we first arrived, there were not enough cots … no fresh food options for toddlers. Only adult meals and basic supplements for infants.”

Fresh food and a fridge were given to his family on the fourth day, he said. They were sent there after their son became a close contact of an infected person in a playgroup.

The site is managed by 70 Civil Aid Service staff, 10 doctors, 20 nurses, and many cleaners and security guards. Every day, dozens of people are sent to the site, depending on how serious the outbreak is. They check into their rooms, receive a small bag of items including toothbrush, toothpaste, towel and toilet paper, and are only allowed to leave after two weeks.

There is a small television, desk, bed and hot shower kiosk in each room. Breakfast, lunch and dinner are delivered to them and they can choose from four options for each meal, such as spaghetti, sweet and sour pork, or halal food. 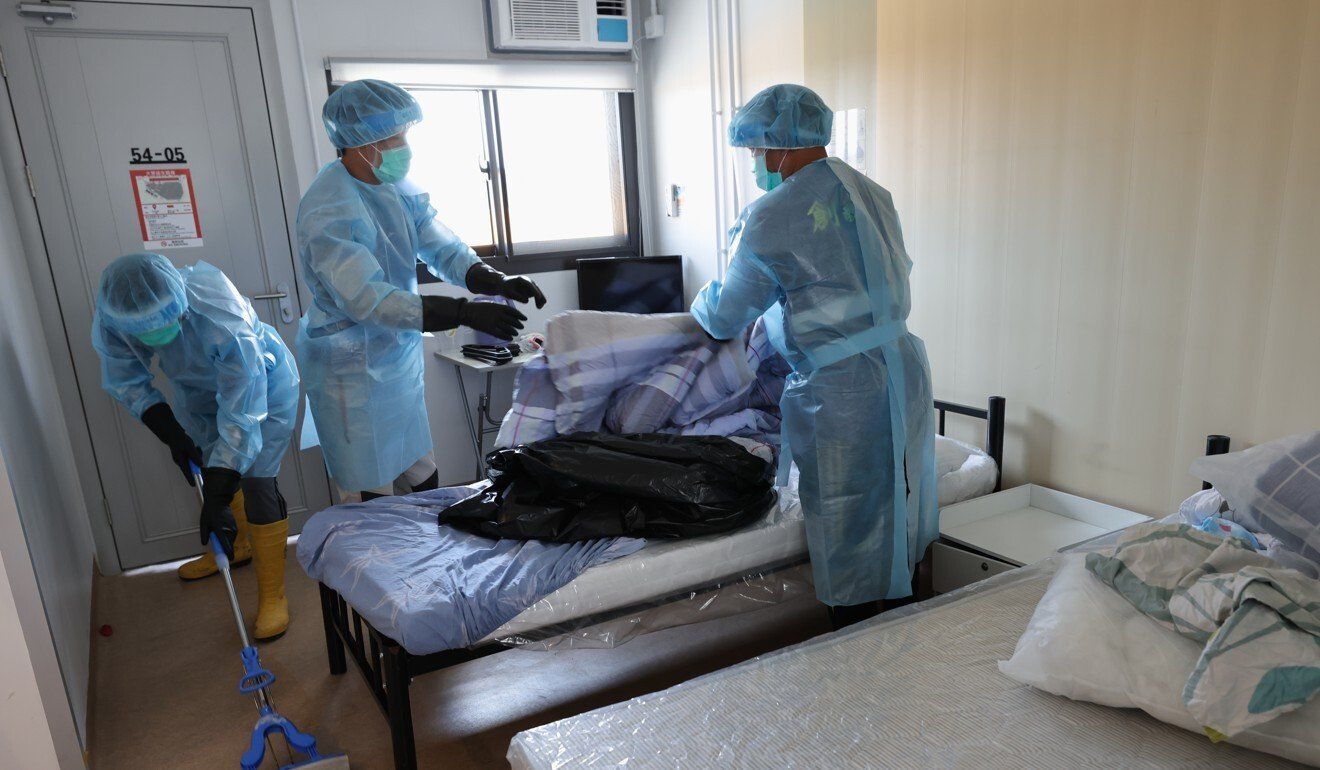 During a visit to the site by the Post, a plentiful supply of various items for toddlers and children was found in its massive storage room – right from diapers, baby formulas, baby bottles and sterilisers, high chairs, cots, to colouring books and other toys. There were also clothes of different sizes for toddlers.

Rows of what resemble supermarket shelves also contained other items such as cup noodles, sanitary towels, phone cables, juice boxes and washing powders. These were delivered five times a day upon request, and special deliveries could be arranged if anyone staying there had an urgent need, managers running the site said. The staff can be contacted by phone or WhatsApp.

“We usually get 700 requests a day when there are 1,000 people staying here,” said Queenie Yung Mei-lan, a senior operations and training officer from the Civil Aid Service who manages the place.

“We have had more babies admitted here recently. But we have always had these baby items. If there are items that the parents want and we don’t have, we can procure them from the Social Welfare Department.”

Dr Leo Kong Che-wan, a senior medical officer at the site, said it was natural for anyone, especially parents with children, to feel stressed about having to be quarantined.

“I am a doctor and even I would say, ‘oh no’, if I am suddenly ordered to be quarantined for two weeks,” he said. “It will have a huge impact on you, having to stay in an unfamiliar place, with only a short period of time to get ready and mentally prepared.”

That’s why it was important for medical staff to provide mental support, and most of those who were quarantined ended up settling down well in the site, Kong added.

As an example, last September, a horrified British Airways flight attendant who was ordered to quarantine at Penny’s Bay took to social media to complain about her time there, describing the site as a “concentration camp”.

But Civil Aid Service’s Iu Siu-wai, a duty commander at the site, said the woman wrote a note to thank the staff for making her “feel like home” when she could finally leave.

“She collapsed mentally at the beginning,” Iu said. “But in the end, she wrote a long note to thank us and the medical staff for taking care of her well and for making her feel like home. That’s a big encouragement for us.” 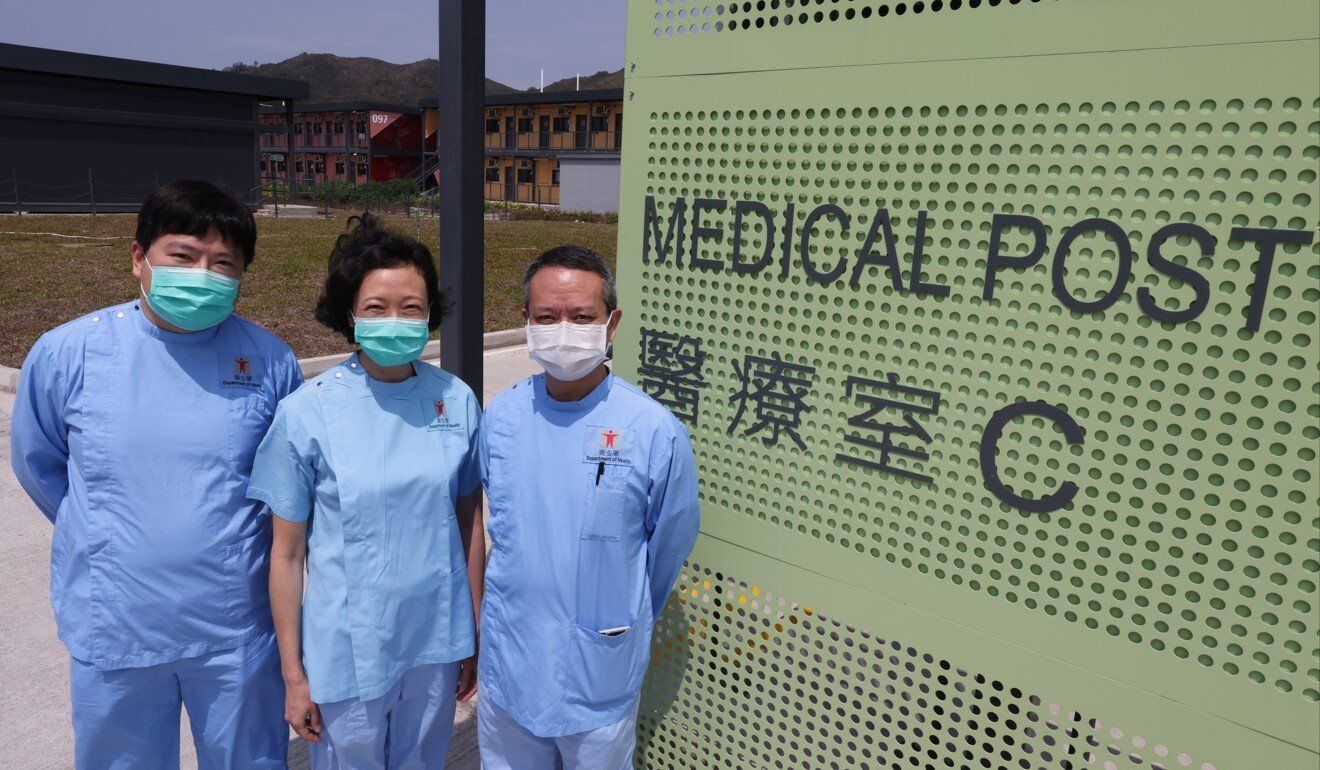 Chan Kwok-kee, commander of the Centre for Health Protection’s quarantine camp task force, said the decision on whether to send some to the government-run centres or the two designated four-star hotels – the Silka Tsuen Wan and the Dorsett Kwun Tong – depended on the individuals’ needs.

Last month, about 100 students from a Shau Kei Wan secondary school were sent to the two hotels because it was their exam period and they needed stable Wi-Fi.

Elderly people would normally be sent to the government facilities where there were medical staff to cater to their needs.

Worley said some parents from his child’s playgroup ended up being sent to a government-run facility in Lei Yue Mun, while others were sent to a hotel. This caused frustration among some parents and “made no sense”, he said.

Another problem he had at the site were the “safety hazards” for his son in the room, pointing to the sharp metal bed frames and exposed screws.

Brendon Guildford, a 49-year-old New Zealander staying at Penny’s Bay alone, said while there was frustration about being confined to a room for two weeks, it was not as scary as some might think.

“You’re not being sent to prison. You’re confined to a room for a finite period of time,” he said.

He said the staff had been helpful, and he was given a fridge to keep his gluten-free food because of his allergy. 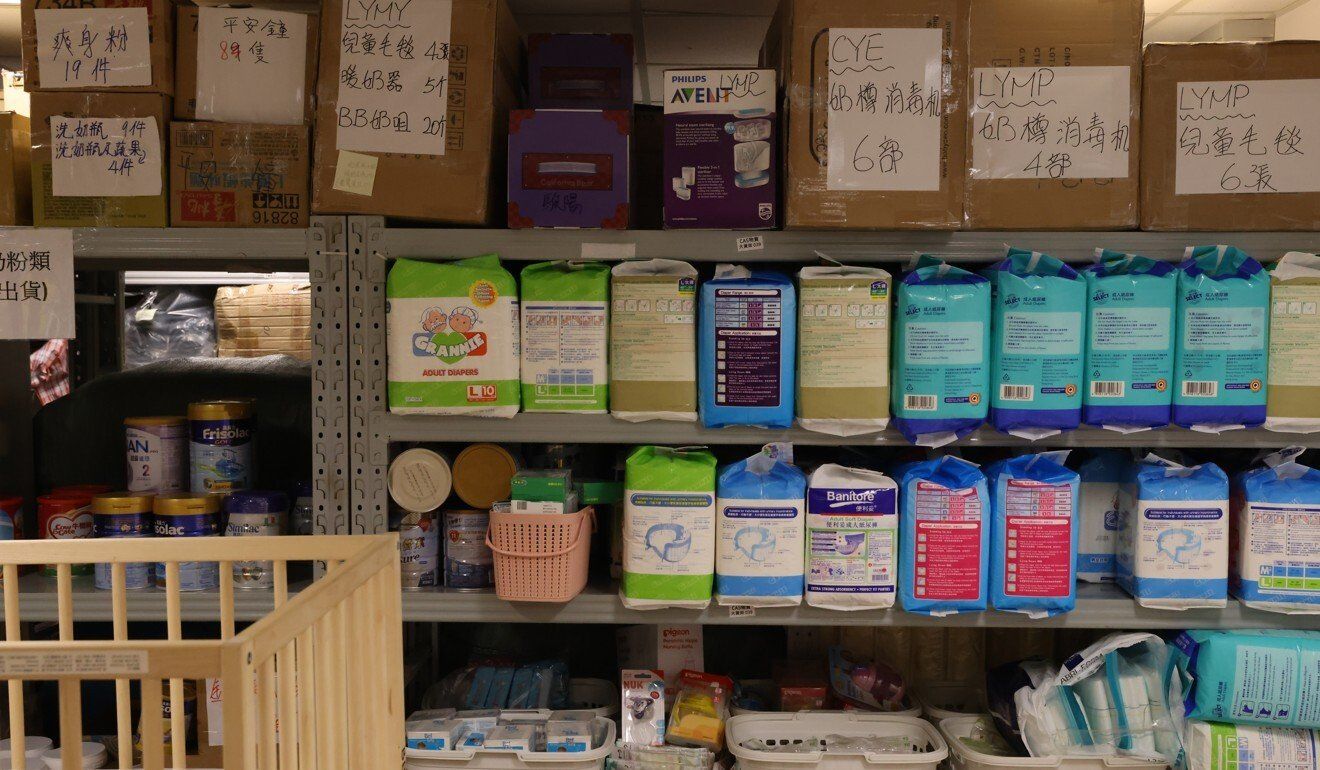 The businessman said he was a bit claustrophobic and would sometimes open the door to let the air in and see the skyline, without stepping out of the room. But staff would ask him not to do so.

Surveillance cameras and loudspeakers are installed outside the rooms and staff from the command post tell people not to step out, if they try to do so.

“It’s very important to be able to open the door and let the air in and be able to see a bit of skyline,” Guildford said.