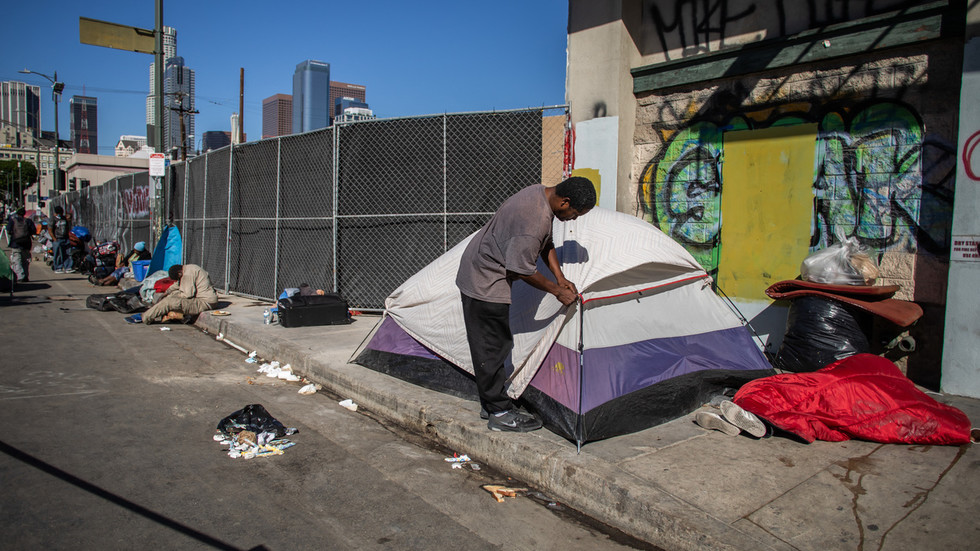 Temporary reprieve from surge in inequality erased by Covid-19 policies

Governments’ responses to Covid-19 are reversing gains made in combating global inequality, according to a World Bank report. It found the virus was disproportionately affecting the poor and warned the fallout would worsen.

World Bank President David Malpass explained that the situation arose from a confluence of negative factors, leading to a perfect storm of economic depression. “The world economy is simultaneously facing Covid-19, inflation, and policy uncertainty, with government spending and monetary policies in uncharted territory,” he said.

Government-mandated shutdowns were the primary reason for a spike in poverty rates that has affected populations around the world, the report stated. Government spending, deficits, and debt have soared to “record highs” compared to GDP, and countries are reluctant to raise interest rates lest their populations prove to be unable to withstand the economic shock.

Noting that “booming asset prices” are bolstering the bank accounts of the rich even as job losses and massive inflation have torpedoed any growth within the poorest population groups, the Bank warned that such an “increasing divergence of fortunes” was “especially troubling given the possibility of social discontent in developing countries.” Spikes in some commodity prices – such as the fuel hike in Kazakhstan – can trigger popular outrage on such a level that it threatens governments’ control.

Worse, the effects of the Covid-19 shutdowns are likely to echo through multiple generations, as children’s educational development has suffered due to school closures – especially those in low-income families who particularly struggled to access remote learning, the Bank’s report warns.

Malpass insisted that mass vaccination and “concerted international action and a comprehensive set of national policy responses” were the only ways for his institution to correct the problems it helped cause. Chief among his recommendations was a call for accelerated debt relief efforts, and while he stressed the importance of carbon taxes and other climate-change policies, he acknowledged that now was perhaps not the time to raise fuel prices.

Both the Bank and the International Monetary Fund were strong proponents of lockdowns. Echoing a similar offer from the IMF, the World Bank reportedly told Belarus in early 2020 that it could receive a significant amount of relief funding in exchange for modeling its Covid-19 control measures on those of Italy, which at the time was under a strict lockdown. When President Alexander Lukashenko declined to lock down his country, the bank warned Minsk’s economy would “face a severe shock” that year – a carrot/stick approach often seen in that institution's dealings.