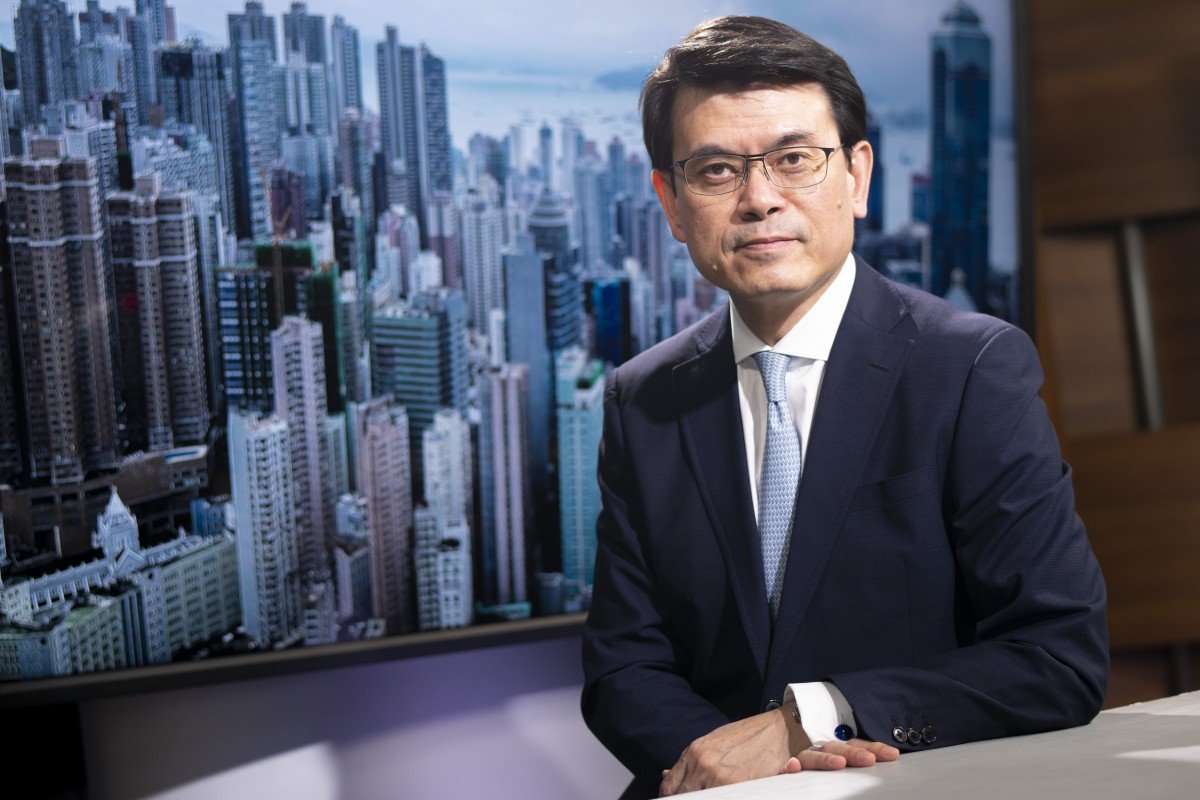 The city has endured a difficult year but the pain may not be over yet, Edward Yau tells the Post. Hong Kong is being further squeezed by the trade war between Washington and Beijing, where no one stands to win, he says

Hong Kong must be ready to endure further economic hardship with no major recovery on the horizon given the raging coronavirus pandemic, commerce minister Edward Yau Tang-wah has told the Post.

Any rebound would depend on how the health crisis evolved – if it grew worse, the city risked returning to a standstill, the secretary for commerce and economic development said.

“Hong Kong needs to get prepared for things to continue to slip,” Yau said. “We have not yet seen a major recovery. Whether the [economic] situation will continue to slide or be contained, it depends on the pandemic. If the coronavirus worsens, people will lock themselves down to protect themselves, particularly in Hong Kong.”

The city ended its three-week streak free of local coronavirus infections when two cases were confirmed on Sunday, in addition to eight imported ones, pushing the total to 1,268 with seven related deaths. Worldwide, the pandemic has left over 11 million people ill and killed more than 530,000 others.

Against that backdrop, Yau doubted global boundaries or checkpoints would reopen in the immediate future.

“I don’t think there is immediate reopening of the boundaries or border points particularly when the pandemic is still hitting very hard with hundreds of thousands of casualties and millions of people suffering and the overall numbers are still on the rise,” he said.

But local containment measures had proved effective so far, which gave Hongkongers “comfort, if not confidence, to come out and spend”, Yau said.

Hotels are selling “staycation” package deals while retailers and restaurants are offering discounts and other incentives to encourage people to spend, with their campaigns ramping up ahead of the government’s cash handout of HK$10,000 (US$1,290).

Hong Kong has been plunged into uncertainty by escalating tensions between Washington and Beijing over trade and the new national security law.

“When we talk about heightened China-US tensions, looking back over the last two years, there seems to be no quiet moment between the two big nations,” Yau said. “There is no winner in the trade war, so all stand to lose. The double whammy of the US-China trade tensions and Covid-19 changed the global economy. I don’t think there will be an easy time in the distant future because trade, services and travelling will all be suffering.”

The law Beijing created for the city bans secession, subversion, terrorism and collusion with foreign forces, with up to life in jail for the most serious offenders. The sweeping provisions have been condemned by Western nations, including the United States, which has started to eliminate trade privileges it granted Hong Kong. Last week, Washington halted defence exports to the city and restricted its access to sensitive advanced technologies.

Yau said the move would create greater inconvenience for local importers. “Businessmen are pragmatic, who chase after where the opportunities are,” he said. “Their attention changes fast. Even though their attention is on the security law recently, they are finding ways to cope with them rather than leaving Hong Kong.”

Local businesses have already been forced to absorb multiple blows. First came the social unrest caused by a now-withdrawn extradition bill, which drove away tourists and sapped consumer sentiment, leading the economy to shrink 1.2 per cent last year from 2018, its first annual contraction in a decade. Then the first wave of Covid-19 cases hit in January, pushing the city into near lockdown and crushing what remained of the tourism business.

The government has forecast the city’s gross domestic product will contract anywhere between 4 and 7 per cent in 2020 after shrinking 8.9 per in the first quarter against a year ago, the most for a single quarter since records began in 1974.

According to HSBC Private Banking, Hong Kong’s GDP is predicted to shrink 5 per cent this year, while Citibank estimates a 4.6 per cent contraction.

“In the second half of last year, many investors were concerned about personal safety and security, while business sentiment and volume were damaged,” Yau said. But the national security law should restore stability and bolster confidence, he added.
Still, the unresolved trade war remains a significant threat, and not just for the city.

“China alone contributed almost one-third of global growth in the past decade or so,” he said. “The US trade surplus with Hong Kong reduced for the first time to below the US$30 billion mark last year. If this is an indication, we all suffer, but somebody suffers more than others.”