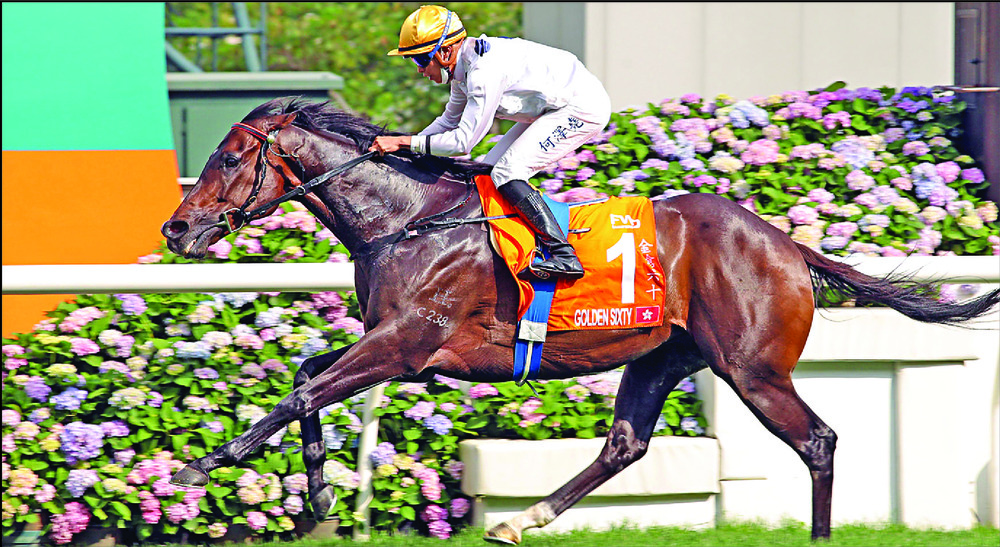 Golden Sixty had earlier lost the Stewards' Cup in January and the Citi Hong Kong Gold Cup in February, but became victorious again in the Chairman's Trophy on April 3. He defended his championship in the FWD Championships Mile by clocking a winning time of one minute and 32.81 seconds.

Stepping away from gate two, Golden Sixty settled in fourth spot on the rail as California Spangle led the field under Zac Purton.

In the straight, Ho pulled Golden Sixty out and in the blink of an eye, he had the race shot to bits as California Spangle came in second, beaten by only two lengths while Excellent Proposal filled in at third.

"He's one in a lifetime," Ho said of the horse after the race. He had gained his third consecutive FWD Champions Mile triumph with the same horse last year and with Southern Legend in 2020.

"Last time [Golden Sixty] had a good draw and he followed the pace, and this time he just did the same," Lui said.

"It's not easy to have a horse who wins so many races. We are very happy, we all feel glorious with this horse," he added.

The next goal for the horse could be in Japan, as Lui has confirmed his entry for the G1 Yasuda Kinen (1,600m) in Tokyo on June 5.

"He is entered already but of course, we have to see how he recovers and we also need to see about quarantine.

"If everything is easy, we will go," Lui said.
Add Comment