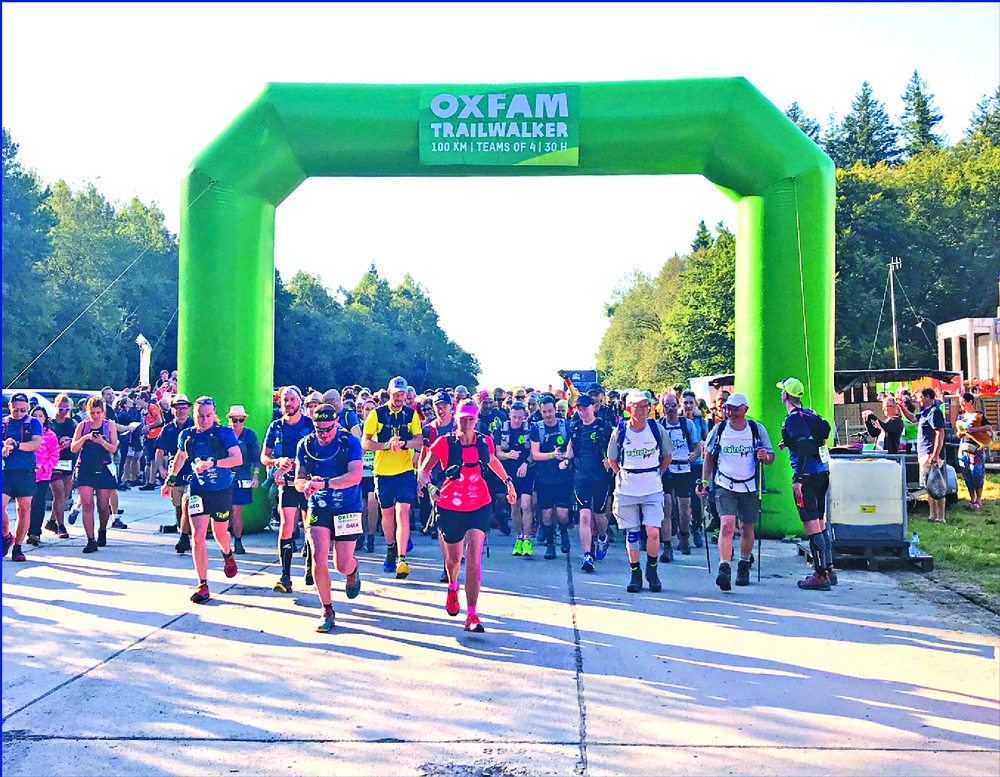 The Oxfam Trailwalker has been canceled, affecting some 4,000 runners after authorities decided to ban it for a second year amid the pandemic - three weeks before the popular event was set to be held.
Oxfam Hong Kong, an anti-poverty NGO, announced the event would be held between November 22 and December 12 in "an alternative version" instead, with details to follow soon. Those who enrolled for the in-person hiking event can choose to get a refund.

In a statement yesterday, Oxfam cited authorities saying given the scale of the event, the organizer will be unable to separate the 4,600 runners and staffers from other hikers on the trail, raising the risk of Covid-19 spread.

The organization said it is "extremely disappointed and saddened" that it is unable to hold an in-person event this year.

The organization said it had worked closely with authorities since the middle of the year and had continuously revised anti-epidemic measures at their request.

These included drastically reducing the number of teams, requiring runners to be fully vaccinated and undergo Covid testing, as well as offering them individually packed food at checkpoints.

The organization said it was only notified by authorities of the ban three weeks before its original schedule of November 19 to 21.

This will be the second year in a row when the event cannot be held in person.

But Oxfam said the 48-hour Trailwalker will inevitably have to involve the distribution of food and drinks to runners along the MacLehose Trail as it stretches 100 kilometers from Sai Kung to Yuen Long.

However, the trail is also open to members of the public, and authorities found that to be risky.

The organization has tentatively scheduled to conduct the event online from November 22 to December 12 pending approval from the relevant departments.

The Oxfam Trailwalker is an annual 100km hiking fundraiser founded in Hong Kong in the 1980s.

The success of the fundraising event has not only raised awareness about poverty and injustice but has also attracted 14 additional cities to organize their own Oxfam Trailwalker events.
#COVID-19  #Covid
Add Comment