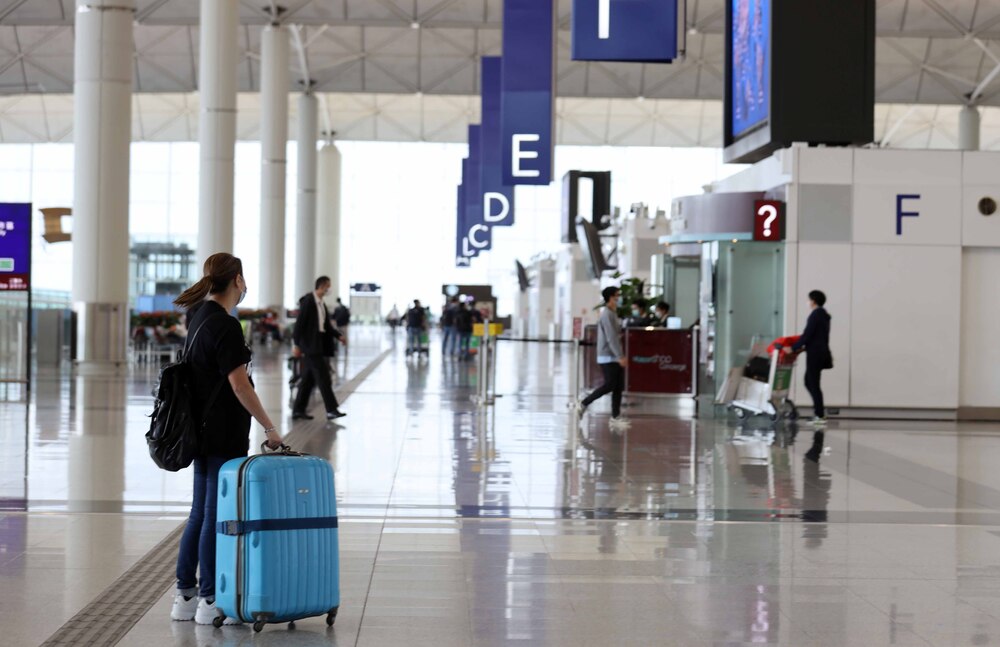 It is still unlikely for travel agencies to organize overseas tours with the seven-day quarantine for returnees in place, said a travel council director.
Speaking on a radio program Saturday morning, Travel Industry Council's executive director Fanny Yeung explained the money travelers need to spend on their seven-day stay in a quarantine hotel increases the costs of that trip.

The industry has asked authorities consider allowing returning residents to undergo the quarantine at home instead of in a designated hotel, Yeung continued.

She added that allowing non-Hong Kong residents to travel to the city is definitely a good news for the tourism sector.

Non-residents will be allowed to enter Hong Kong starting May 1, the government announced on Friday afternoon, easing the ban imposed since March 25 to fight off imported cases.

The threshold for suspension order targeting flights that carry Covid patients will also be raised from three to five, while the flight ban will be shortened from seven days to five days.

Yeung said the original threshold was too harsh and posed risks to airlines' operations. She expected the patronage to rise following the relaxation on border control measures.

She also said the industry still wants reopening borders with mainland the most and hopes the government has a timetable for the matter.

The council will appeal to the government to further relax border control measures as the pandemic development stabilizes, or to even cancel the “circuit-breaker” flight suspension mechanism.

As for local tours, the council has received about 200 applications so far, and handling some other 100 applications. The response is overwhelming and expected more local tours -- larger in size -- will be staged on May 1 Labour Day holiday.

Yet, she didn't have high hopes on organizing any “cruise to nowhere” sailing trips before June as the “circuit-breaker” suspension mechanism for vessels remain stringent.

She pointed out that there were about 1,700 travel agencies in Hong Kong before the pandemic but some 300 closed recently. Counting those newly registered small agencies, there are about 1,600 agencies as of now.

The number of tour guides and escorts also decreased from 16,000 to about 9,000 amid the pandemic, according to Yeung.
#Covid
Add Comment