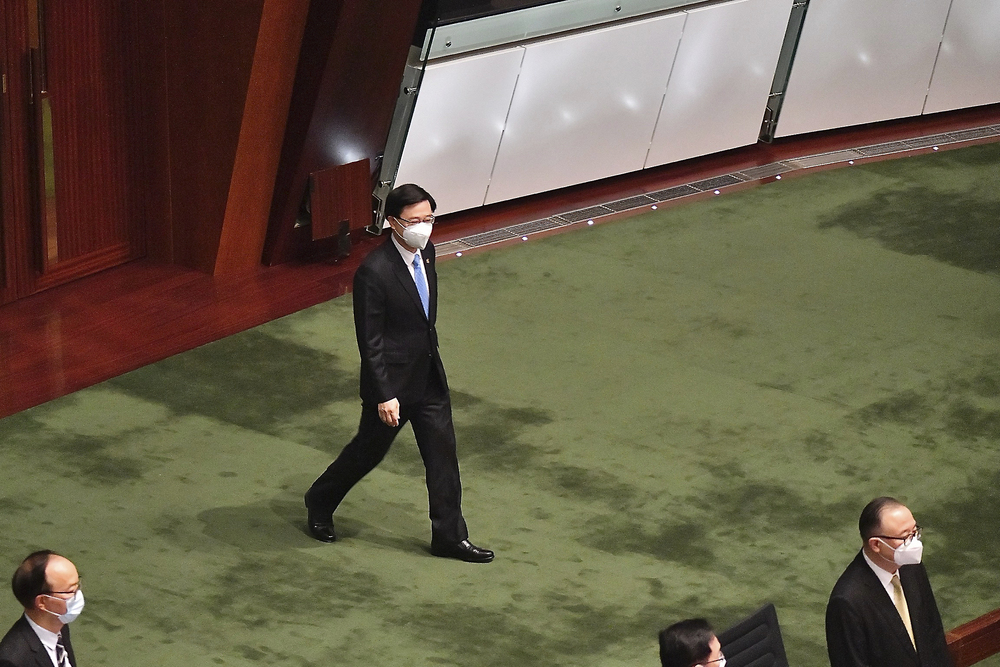 Chief Executive John Lee Ka-chiu said he will send officials overseas to promote and “speak out” about Hong Kong’s achievements, as well as cite facts when refuting false allegations made by foreign forces.
His remarks came after lawmakers asked Lee how he would “tell Hong Kong’s story right” at Wednesday’s Chief Executive Q&A session in the Legislative Council.

Lee also admitted that the border control measures are stopping talent from coming to Hong Kong while the city is in fierce competition with other regions and countries in attracting overseas talent.

“We can no longer think that talent will automatically be attracted to the ‘natural fragrance’ of Hong Kong,” Lee said, referring to the city’s advantages and uniqueness.

He added authorities must be as explicit and bloody as possible and “speak out bravely to inform others of the bright side of Hong Kong,” as he pointed out that “Hong Kong is a gentleman, but there are many villains out in this world.”

“Apart from promoting the city on advertising platforms, we can also tell the stories ourselves. Therefore, we will be sending out a delegation of officials overseas for interviews.

“We will invite representatives from different sectors to share Hong Kong’s facts and achievements with the outside world as well.”

Meanwhile, Lee said the SAR government won’t “lie flat” in the fight against Covid and will communicate with mainland health authorities modestly on the matter of reopening borders.

“I don’t want to give citizens any illusion that a certain plan will be the finalized solution. We aim to minimize inconveniences for citizens on the matter and see if there are any interim arrangements,” Lee said.

He noted that the Health Bureau is now assessing the shortening of quarantine at designated hotels but stressed that all measures must be implemented step by step.

When lawmaker Priscilla Leung Mei-fun asked how the government would “tell China’s story right,” Lee replied that the SAR would spread patriotism and love for the city through traditional and “soft” education, including the media, news, cultures, and arts.
#Covid
Add Comment