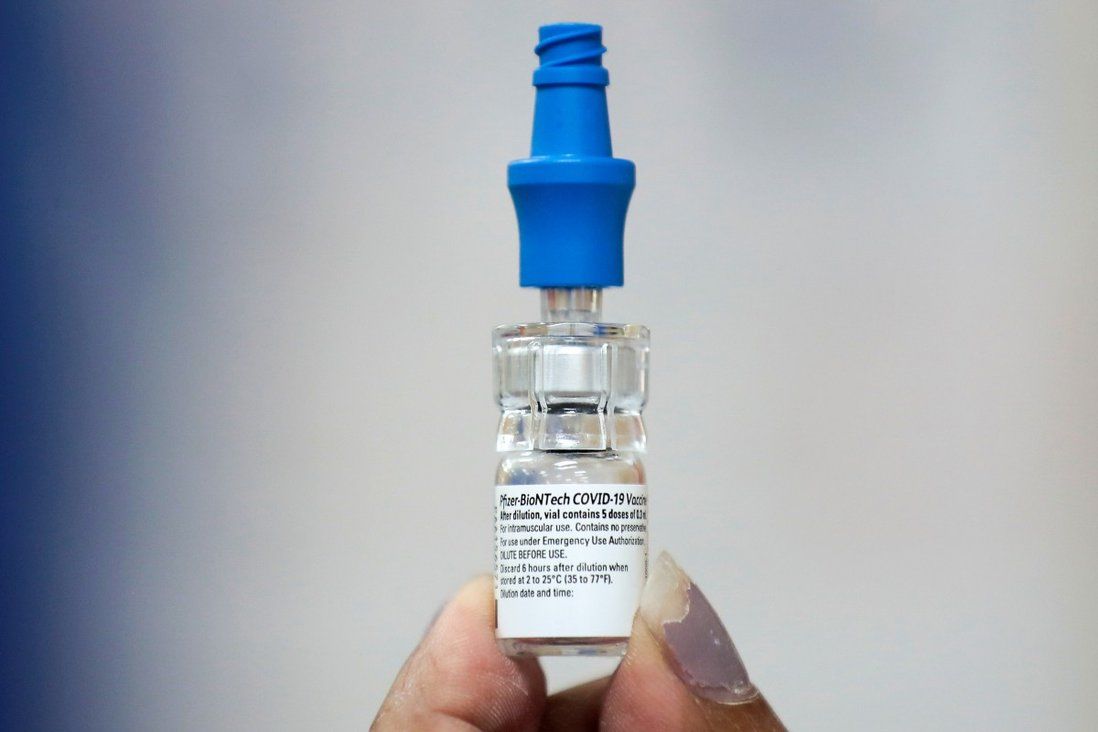 One expert in Hong Kong noted that large defects could have an effect on the vaccines’ efficacy, while another slammed the decision to suspend the use of BioNTech jabs, saying the issues were ‘not a big deal’.

The question of how exactly defective packaging could compromise vaccines became a talking point among the scientific community on Wednesday after the Hong Kong government suspended the use of BioNTech jabs because of faulty bottles, with at least one expert blasting authorities and suppliers for “overreacting”.

Faulty packaging in one batch was not a surprising find in injectable agents, the virologist said, while another pharmacist, however, described such defects as uncommon and suggested they were more likely to have occurred during the manufacturing rather than the transportation or storage processes.

BioNTech vaccines have special storage requirements. The shots must be kept at minus 70 degrees Celsius and thawed and diluted before injection. Each inoculation centre is equipped with two pharmaceutical fridges to store the vials at temperatures of between 2 and 8 degrees for no more than five days. The prepared solutions must be used within six hours and cannot be stored at above 30 degrees.

But even as the suspension sparked theories on what could have caused the defects to the vials, other medical experts expressed concern that the abrupt halt to the BioNTech programme would hinder the city’s vaccine roll-out and set the target of achieving herd immunity back even further.

Officials said they were notified about the issue with seals of vials in the first batch, or “batch 210102”, by Shanghai Fosun Pharmaceutical, which has the rights to distribute the German-made vaccine across mainland China, Hong Kong, Macau and Taiwan. 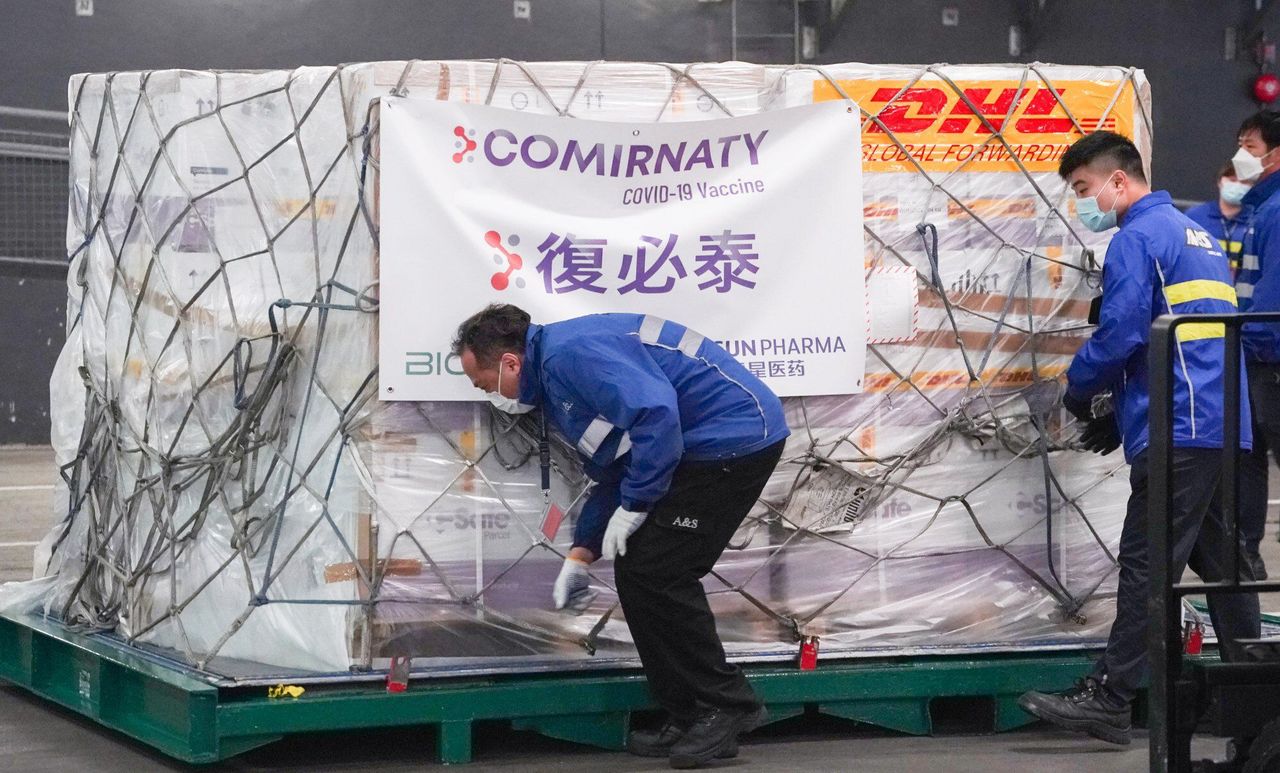 It was BioNTech and Fosun which asked the Hong Kong and Macau governments to suspend their use of the jabs.

On Wednesday morning, even while some people were being vaccinated, Hong Kong suspended the use of the affected shots and a second batch of vaccines – numbered 210104 – as a precaution.

Authorities stressed that BioNTech and Fosun had not found anything to indicate the doses presented a safety risk even as they launched an investigation into the defects.

They did not reveal, however, when the defective vials were first detected but stressed all damaged bottles were disposed of and had not been used on anyone.

William Chui Chun-ming, president of the Society of Hospital Pharmacists of Hong Kong, believed the defects of the vials were caused during the manufacturing process. 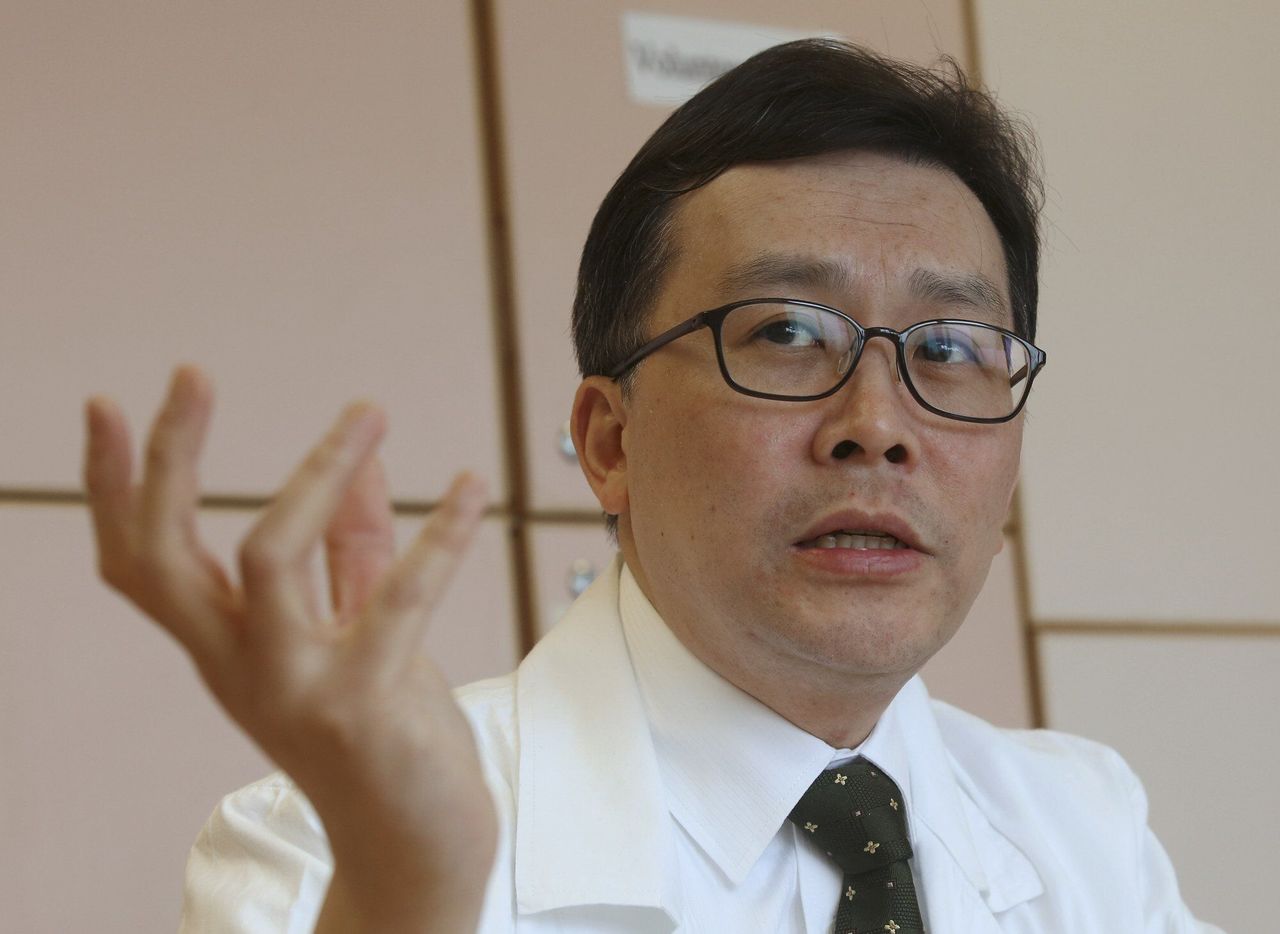 William Chui, president of the Society of Hospital Pharmacists of Hong Kong.

“On the production line, those vials are usually pushed together by machine, and cracks could be caused during that process,” Chui said, adding the necks of the vials could also be cracked when the machines exerted too much force when sealing the bottles.

He also believed it could be machine fatigue that caused the lids of the vials to be loosened.

But he believed transport would not be a problem as those vials were tightly secured in boxes when they were moved from place to place. The temperature changes were also unlikely to cause the problem because glass in general could withstand ultra-low temperatures, he added.

Chui said, in general, package defects for antibiotics vials might be seen once or twice a year, but it was uncommon to see dozens of the glass containers with problems in such a short period of time.

“We should not see that many [vials with problems], as we have been administering [the BioNTech vaccine] for less than a month,” he said.

Professor Jin Dong-yan, a molecular virologist at the University of Hong Kong (HKU), blasted the decision to suspend the BioNTech jabs, calling the move “out of proportion”.

“Only a very small number of doses had defects and they had already been trashed. There are no risks or quality control problems. Practitioners have the proper training to deal with this, so it’s not a big deal and there is no need to suspend the injections,” he said.

“For injectable agents, it’s not very surprising for some defective packaging to show up so they should not overreact.”

Jin said it was possible that the freeze-thaw procedure could cause cracks in the vials.

He warned the abrupt suspension of the BioNTech jabs would erode public confidence in the city’s vaccination drive, which had already taken a hit after concerns over adverse reactions to the shots.

Ten chronically ill people have died after receiving a Covid-19 jab so far – nine who took the Sinovac shot and one person who had the BioNTech version. No direct link has been established between the vaccines and the fatalities.

Chui also expressed the fear that the progress of the vaccination scheme could be affected by the suspension.

“This suspension reflects the need for us to introduce the third or even the fourth vaccine as soon as possible. This is for risk-sharing and as backups,” Chui said.

Dr Siddharth Sridhar, a clinical virologist at HKU, said the extent of the impact on the vaccine’s effectiveness depended on the degree of damage: “Large defects might have an effect on the efficacy of the vaccines, but these would have been picked up much earlier.”

He added that recipients of the first dose should stay calm and there was no need for them to take specific action until further information was provided. 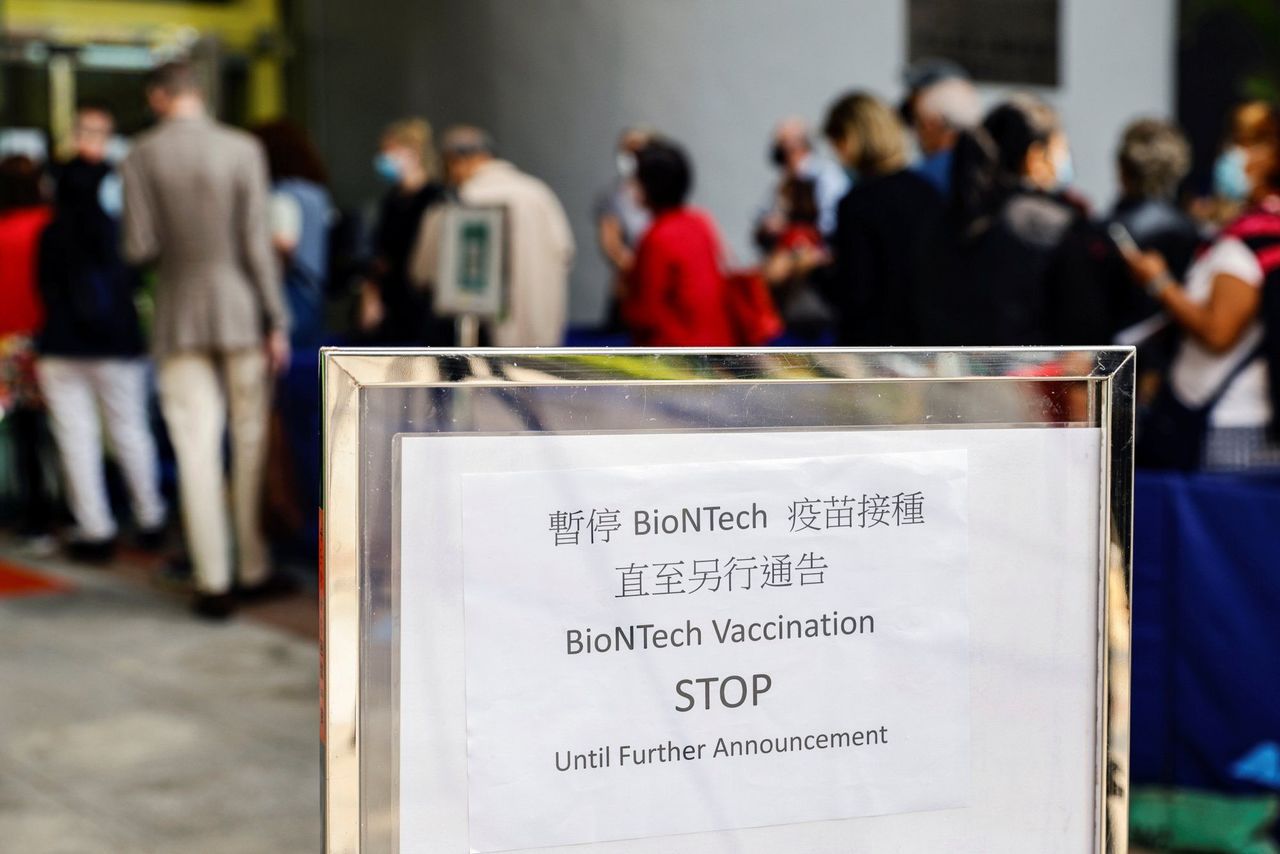 A sign outside a vaccination centre in Hong Kong on Wednesday informs people that the use of BioNTech shots has been suspended.

Respiratory medicine specialist Dr Leung Chi-chiu said the material and technology for ultra-low temperature storage was relatively new and this could have been the cause of some of the defects.

He added that the chance of contamination was low because the BioNTech shots were kept in ultra-cold storage: “In such low temperatures, bacteria and fungi can’t grow.”

Leung said he did not believe the defects would have a grave impact on public trust in the vaccine, and urged authorities to find out whether the other batch of BioNTech shots could be safely used in order to resume administering them as soon as possible.

They included incidents of cracked BioNTech vials, air pressure issues resulting in leaks, reports of tilted or loose vial seals, as well as minor stains or marks on the exterior of the glass containers.