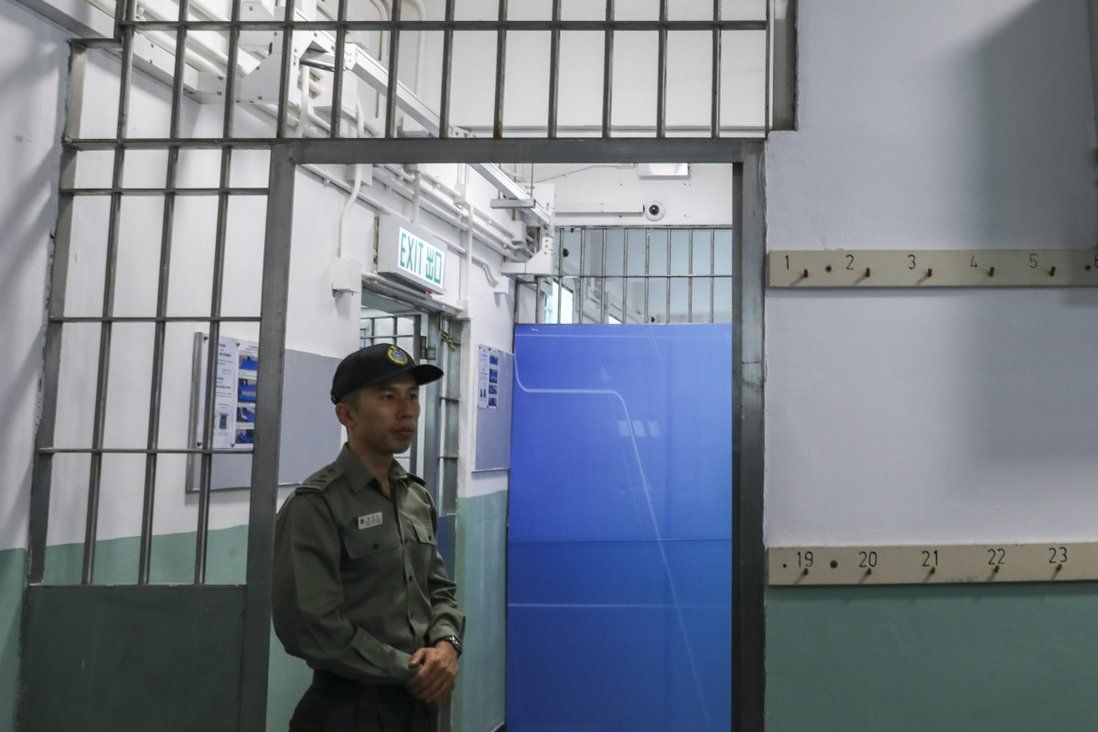 Over 7,000 inmates, persons remanded in Hong Kong prisons to test for Covid-19

More than 7,000 inmates and persons remanded in Hong Kong prisons have to undergo rapid Covid-19 tests from Friday amid the first widespread infections there and cannot attend court trials until their results are cleared, the Post has learned.

The measures came as the Correctional Services Department (CSD) said on Thursday that seven persons in custody (PICs) had tested positive for Covid-19 since February 8.

A senior government source told the Post that from Friday, each inmate or remanded person would have to take four rapid tests and one involving deep throat saliva specimens as part of efforts to detect hidden infected patients.

“In the beginning of the fifth wave, some visitors to the institutions were infected with the coronavirus. Some of our staff were later infected too. It is important to curb the transmission and identify infected inmates that were off the radar,” the source said.

“Inmate or remanded persons are only allowed to attend trial after their results are all negative.”

A Judiciary spokesman said it was closely monitoring the public health situation to implement measures in a timely manner and ensure the courts could continue to operate safely.

He said that all scheduled trials would continue to be heard as expected.

Judges would also make appropriate instructions based on the circumstances of individual cases, including CSD arrangements regarding any remanded persons and the defendant’s inability to appear in court due to illness, the spokesman added.

Social visits to inmates are suspended until next Wednesday to reduce the flow of people and social contact.

“The department is now arranging thorough Covid-19 testing for all staff and PICs, and has prepared sufficient rapid test kits for staff on duty and PICs in need, with a view to detecting silent transmission chains in the institutions as early as possible to achieve the goals of early identification, early isolation and early termination,” a statement said.

The authority had also vacated Cape Collinson Correctional Institution in Chai Wan for use as a temporary isolation facility since Sunday to centrally manage the infected inmates pending further arrangements by the Centre for Health Protection.

“To cope with the possible rapid changes of the epidemic situation in the correctional facilities in a short period of time, the department has taken another contingency measure by vacating Sha Tsui Correctional Institution for use as another temporary isolation facility to manage possible increasing numbers of relevant PICs,” the statement continued.

It said prison guards had cleaned and disinfected all locations in the institutions continuously, and implemented measures to prevent the spread of the virus by reducing the flow of people and contact.

The two facilities designated for isolation can house more than 300 inmates, according to the official website.

The department will keep inmates restricted to their cells if the situation deteriorates.