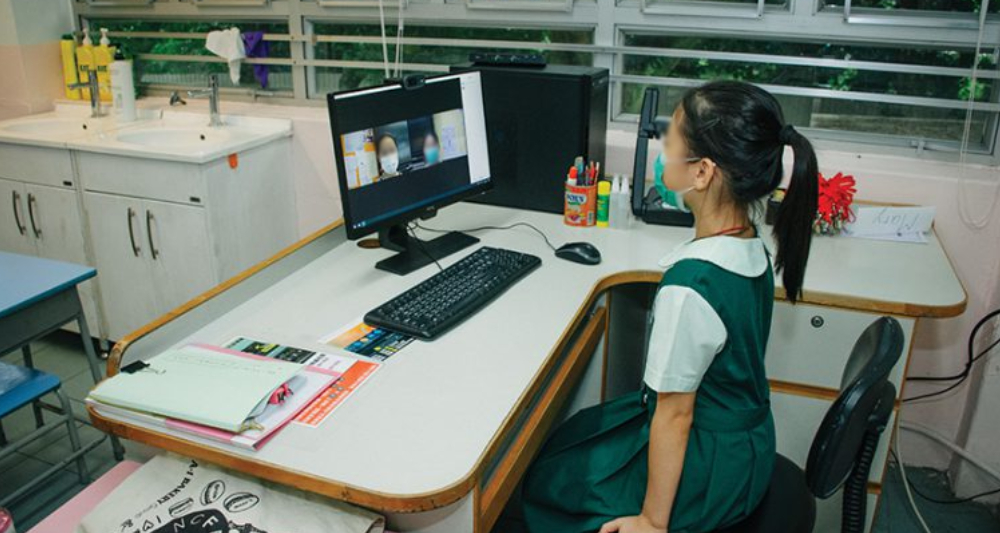 The widely applied online-class mode left around 60 percent of students with special education needs (SEN) failing to concentrate on their studies, according to new research, as experts called on more resources to be supported.
In a study interviewing over 209 secondary schools students with SEN and 61 relevant teachers, conducted by Youth I.D.E.A.S, a think tank of the Hong Kong Federation of Youth Groups, from November last year to June this year, 58.4 percent of respondent students expressed they were suffering difficulties in concentrating during online learning, and more than half of them said that they could not keep up with the learning progress.

“Around 46.9 percent of interviewed students said they had no one to help them in conducting electronic learning at home, while 20.5 percent claimed to feel lonely or depressed,” noted the research.

The new academic semesters came with a half-day face-to-face class mode with a four-week summer break applied to students in March under the fifth wave of the Covid epidemic, while the last semester ended around August.

In the past two years, the city’s education authorities issued policies suspending the in-person class on campus several times due to disease prevention and social distancing measures.

“There was also around 70 percent of respondent teachers who said online teaching mode widened the learning gap between SEN students and others, as well as lacking the reference teaching resources,” the research said.

“More resources needed to be provided to SEN students,” said Derren Lam Wai-yip, deputy convenor of Youth I.D.E.A.S, calling on a fund set by educational authorities to encourage start-ups and academic organizations in Hong Kong to promote the teaching scheme for SEN students.

“It is better that we could build an online learning platform with schools, parents, non-government organizations, and so on,” said a member of the think tank Jason Cheung Pak-ning, “which could integrate the opinions and solutions from different sectors to contribute to special education.”

The SEN students were particularly affected by the impact of the epidemic due to isolation arising from social-distancing measures, claimed Treats HK, a charity group focusing on children’s social integration.

Many of them will become anxious or depressed if staying at home with an irregular daily schedule, especially those with autism, said Lee Ka-shun, the group’s Head of Service.

She called for an effort to organize physical activities under the current disease prevention measures, like activities involving students being divided into small groups.

“More chances need to support SEN students and reduce their anxiety due to less contact with the community,” Lee said.
#Covid
Add Comment