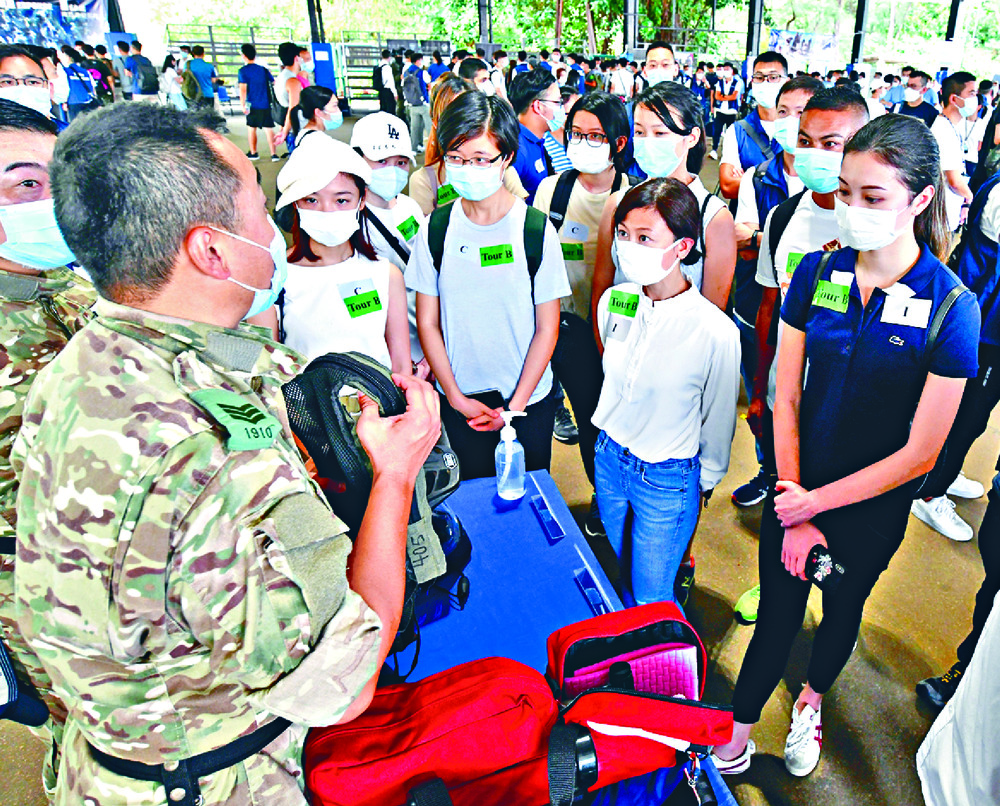 More than 1,600 people joined a recruitment and experience day held at the Police College in Wong Chuk Hang for the first time.
The drive - "You Are The One To Guard Our City" - was the force's first large-scale recruitment event since the unrest two years ago.

Superintendent Baron Chan Shun-ching of the force's recruitment division said participants could learn more about the recruitment process and how police officers work during yesterday's event.

They could also meet officers from six divisions, including the counter terrorism response unit, railway response team and airport security unit, to learn more about their duties and training activities.

Participants also got to see police equipment closely and even try out at training like a police officer with virtual reality technology.

"We would like to provide a platform for people who are interested in joining the police force but are still hesitating, letting them have a better idea of the police's work after experiencing it first hand," Chan said.

Participants could take physical tests and group interviews yesterday if they felt ready, Chan said, adding that successful candidates could start training as soon as August.

A university graduate who plans to join the force said some of his friends have negative feelings about the police and are upset that he is applying for the job.

"But after the experience day, I believe the Hong Kong police force is professional," he said.

"They would not mess around like the public said and would carry out their dutiesaccording to the law."

Another participant also said the recruitment event would let him learn more about the police force, but whether he would apply for the job still depends on his financial situation.

"Hong Kong's [economic] situation in the past two years has not been so good and many people have lost their jobs," he said.

"As for whether I should apply for the job I have a family to support and I hope there could be more options."

Police said a total of 1,653 participants joined the event, of which 754 applied to join the force and underwent the selection process, including 192 for probationary inspector, 540 for constable and 22 for auxiliary constable.

"In 2019, the number of applicants to the police force dropped sharply because people realized the dangers of being police officers and the pressure they and their families could face after joining the force," Chan said.

"But the police force's work was recognized by the courts in 2020 and the society became safe and stable again, which eliminated people's doubts about joining the force," he said.

Chan said the police force aims to recruit 195 inspectors and 1,350 constables this year, adding it will consider the applicants' character, ability and values when recruiting.
Add Comment